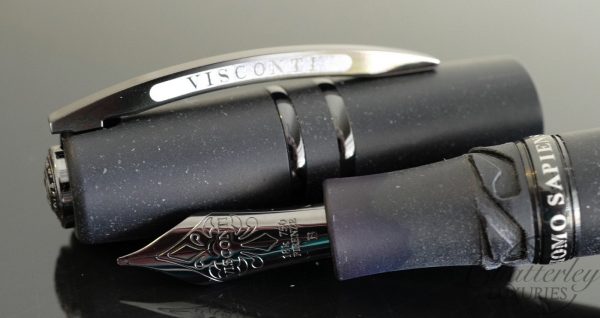 This pen is lovingly used. It has box and papers. It does have a little staining on the section. But besides that its in great condition. This pen has a Broad nib ground to an architect by Mark Bacas. 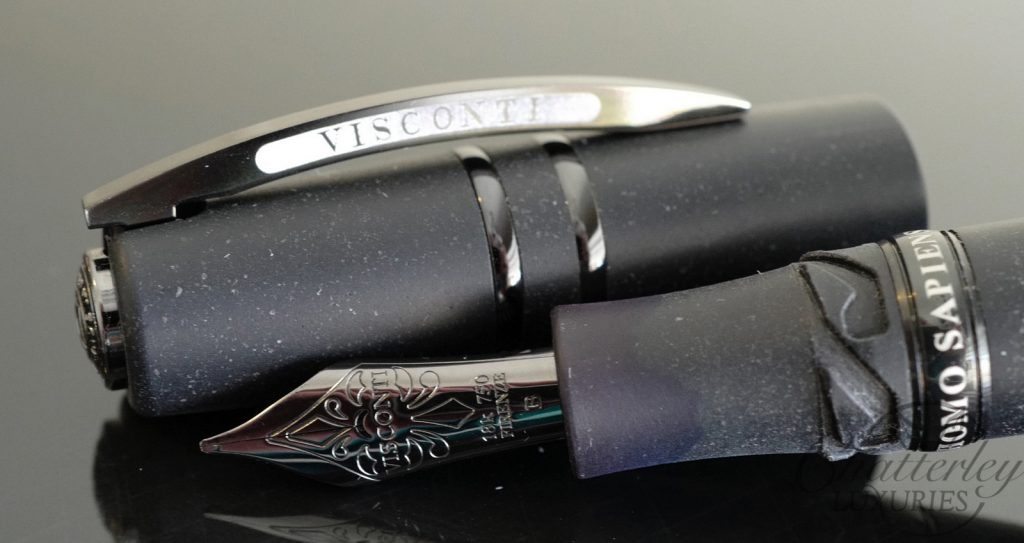