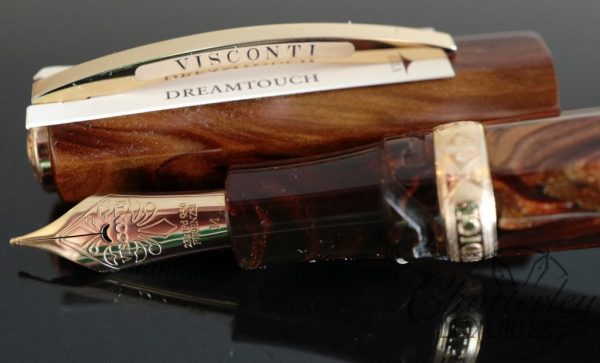 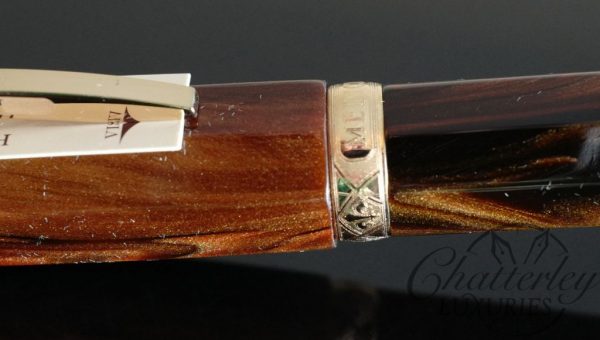 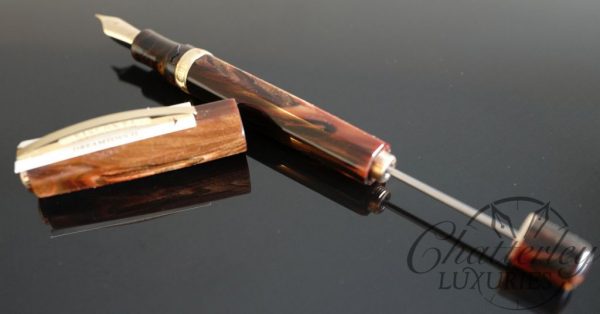 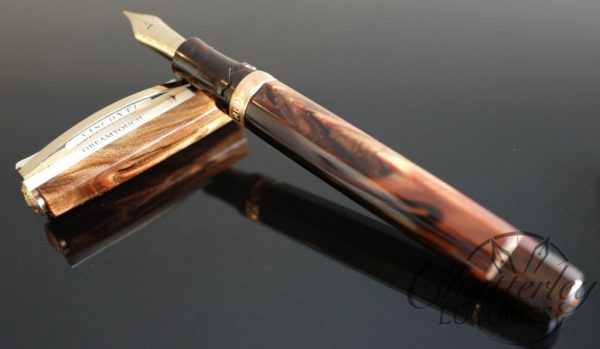 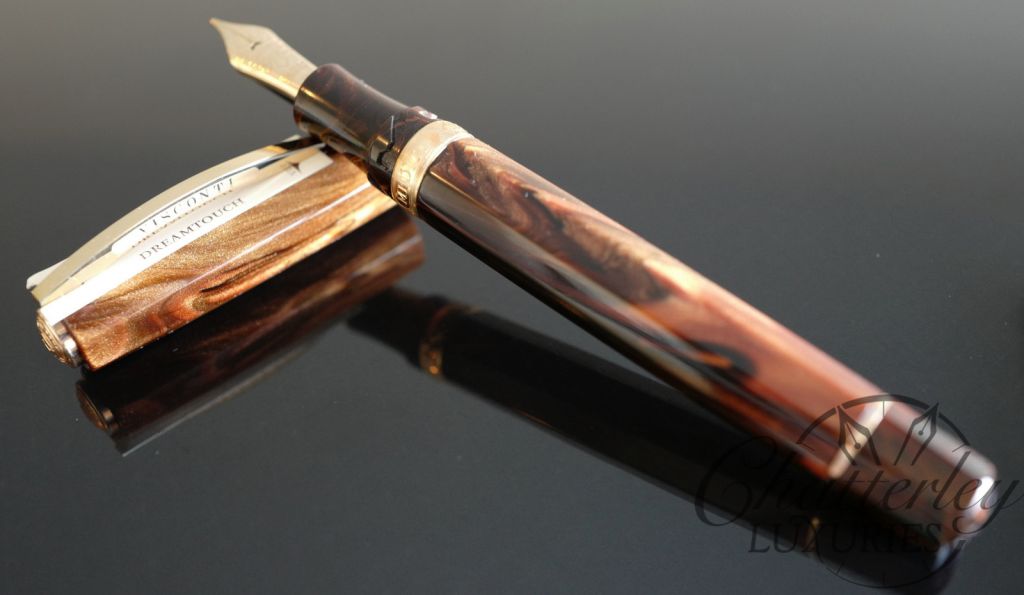 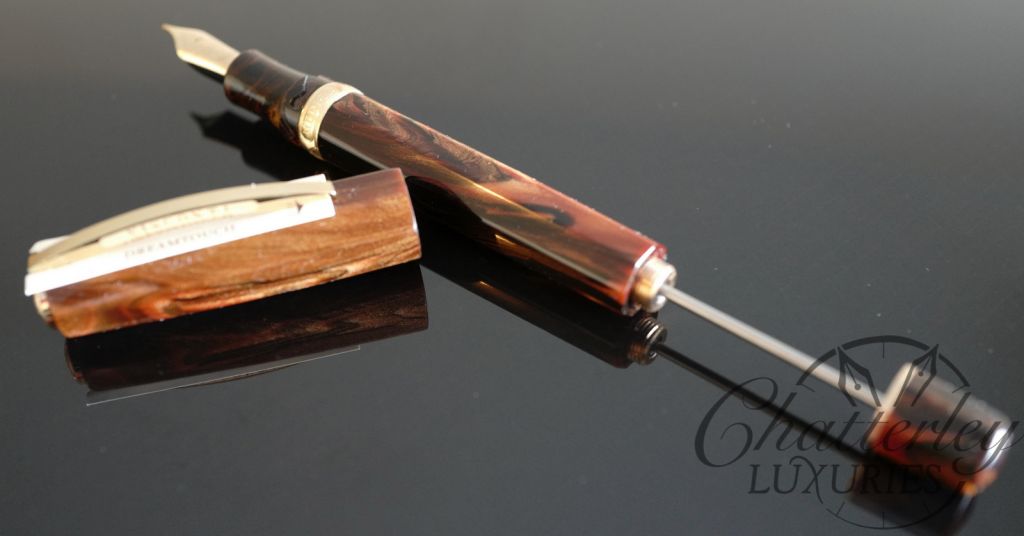 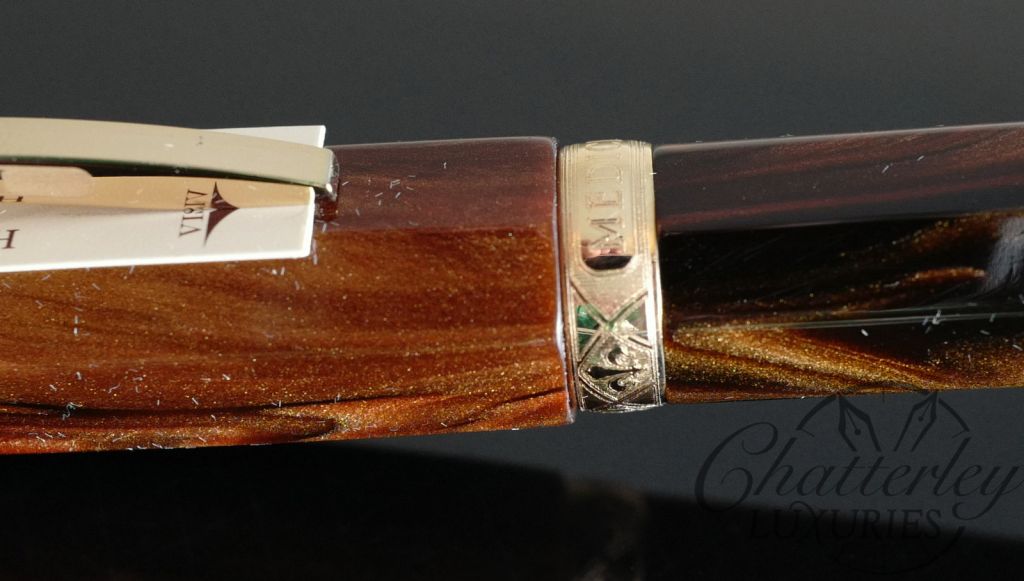 The Medici pen is faceted with eight sides like the baptistery of Florence. The shape is made following the rules of Divine Proportion, codified from Leonardo da Vinci under the patronship of the Medici family. It is made from a unique material, another innovation from Visconti: Acrosilk. Acrosilk is a compound of acrylic resin and silk fibers. The result is a fantastic glossy and luminescent wooden color, chosen as a tribute to the ancient luxury materials used in the princely Medici mansions. The ring is chiseled with a symbol of the Medici family and all trims are rose gold plated.