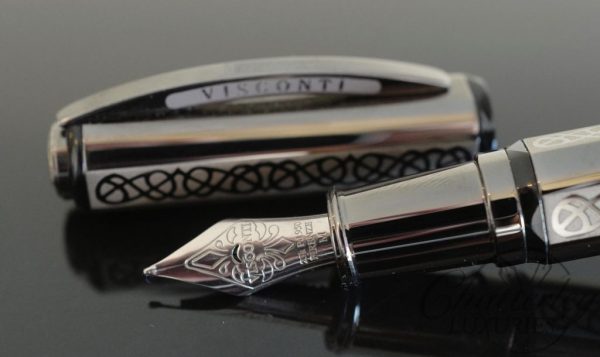 This pen is NOS (New Old Stock) and comes with box and papers. 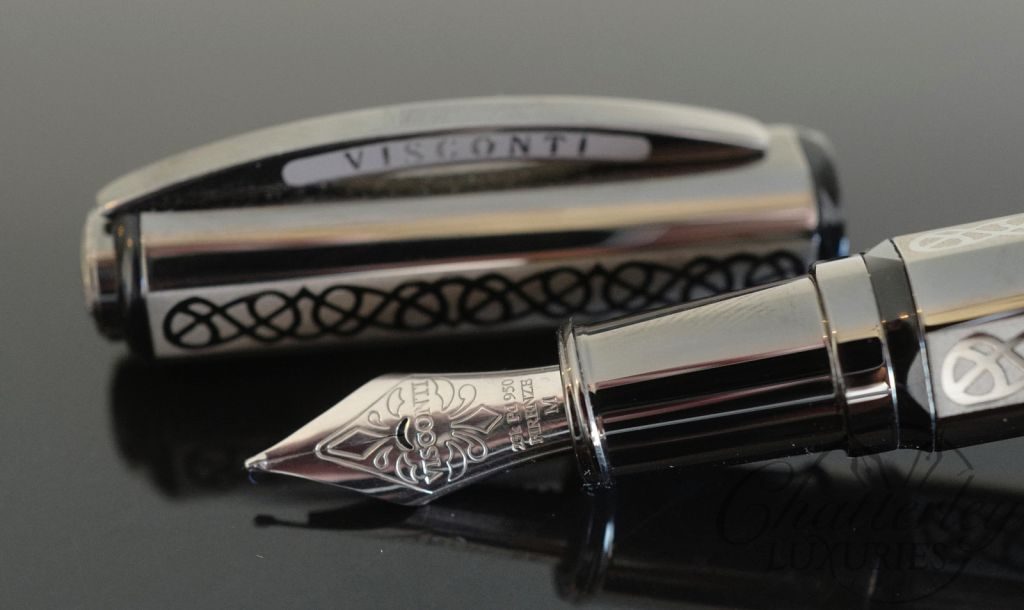 This pen is Sterling Silver Gunmetal and has an 14kt gold nib. This pen has an MSRP of $895