This pen is pre-owned, but is in excellent condition.  It comes complete with its original box.  It is equipped with an 18k Medium nib. 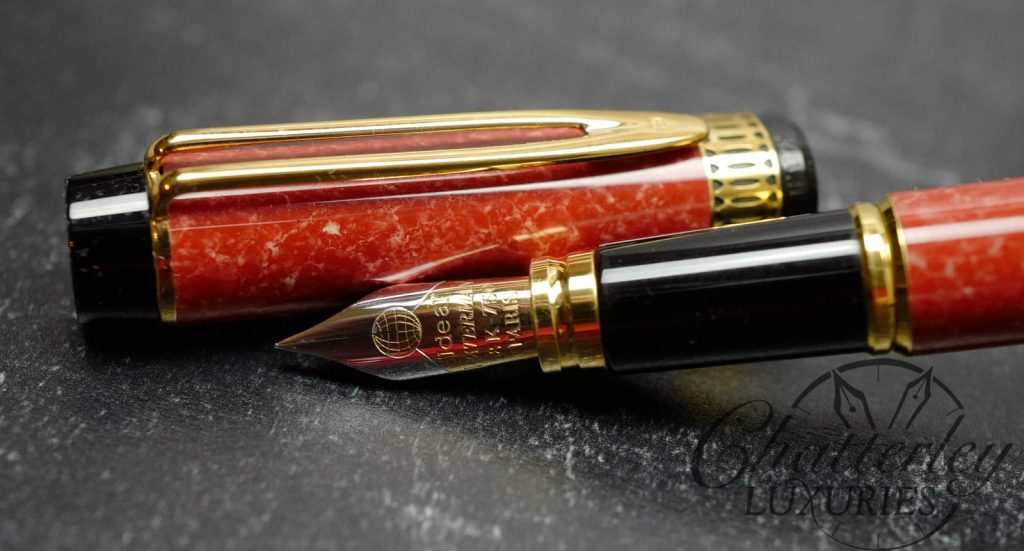 Based on the Man 100 body, the Patrician line was launched in 1992 and was a remake of the original Patrician pen that dates from the 1920’s. The pen was first available in Coral Red and Emerald Green. A few years later the Sapphire Blue model appeared. Waterman had planned to also issue the pen in turquoise and onyx, but those colors were never produced. The Patrician line was discontinued in the mid 1990’s.The pens have a solid brass inner body which gives the pen weight and solid construction. The lacquer coating to the body is the result of over 19 coats of lacquer that are applied over a two week period. The 18-karat gold nib is made at the Waterman factory in Nantes, as is the 23.6 karat gold-plated cap and clip. Each of the pens is numbered on the nib section.