This pen is pre-owned, but is in like new condition.  It comes complete with box and papers.  It is equipped with an 18k Stub nib. 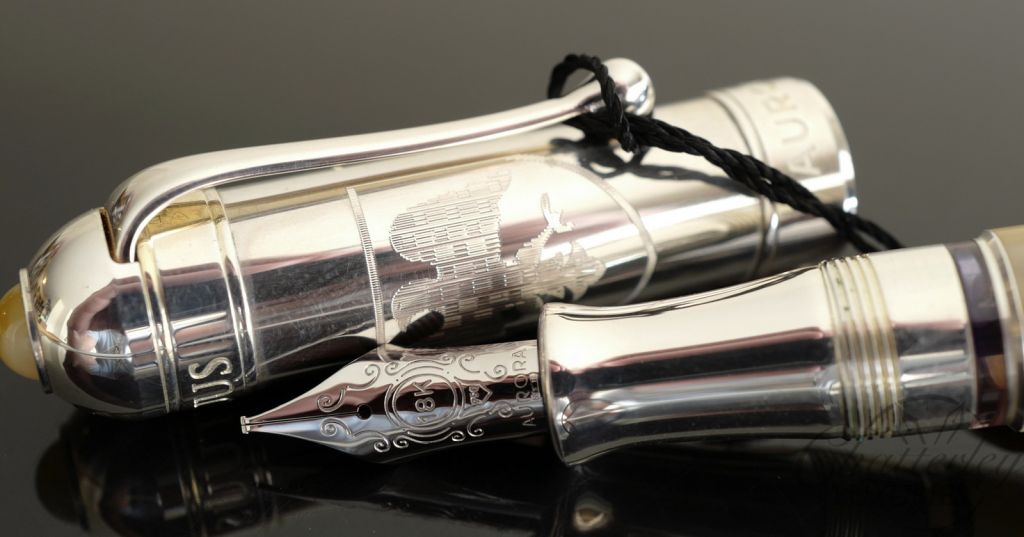 He now is known as Blessed John Paul II, since his beautification on May 1, 2011.

The fountain pen is made in travertine auroloide, representing the St. Peter columns, and a sterling silver cap.

On top of the dome shaped cap is a cabochon gem the same color as the barrel.

The silver cap is engraved with the Popes coat of arms. One side with the eagle, the first known symbol used by Pope Innocentius III. On the other side, as symbols of Blessed Pope John Paul II, a cross and the letter M, initial of Mary.

The fountain pen comes in a large box with a personalized bottle of ink.

1920 fountain pens have been produced, which is the year Pope John Paul II’s was born.