The second in ”series III” of Indigenous People. Delta’s imaginary voyage encounters this year (2006) Amazon’s indigenous people: Indios – Irmãos no Mundo .
The Indigenous peoples of the Amazon comprise a large number of distinct ethnic groups who inhabited the country’s present territory prior to its discovery by the Portuguese around 1500. The first Portuguese explorers called them índios (“Indians”), a name that is still used today in Brazil.
At the time of European discovery, the indigenous peoples were traditionally mostly semi- nomadic tribes who subsisted on hunting, fishing, gathering, and migrant agriculture.
Many of the estimated 2000 nations and tribes, which existed in 1500 died out as a consequence of the European settlement, and many were assimilated into the Brazilian population. Only a few tribes still survive in their original culture in remote areas of the Amazon Rainforest .

The limited edition is hand turned from solid bars of black and special brown Hevea (rubber plant) color resins divided by a tarnished silver ring carved by hand. In the extremity offers a disk engraved with the limited edition number. There are some traditional weapons from the indigenous tribes that are well known. First of all, the blowgun, made out from bamboo or other hollowed woods,  and a Kayabì throwable weapon, with a concave-convex section. This Kayabì weapon outline can be seen translated to the main shape of this pen, as well as a reproduction of this weapon that is the subject that was elected for the clip.

The capuchon placed in the end of the cap offers a disk portraying a parrot the typical symbol of the Amazon. 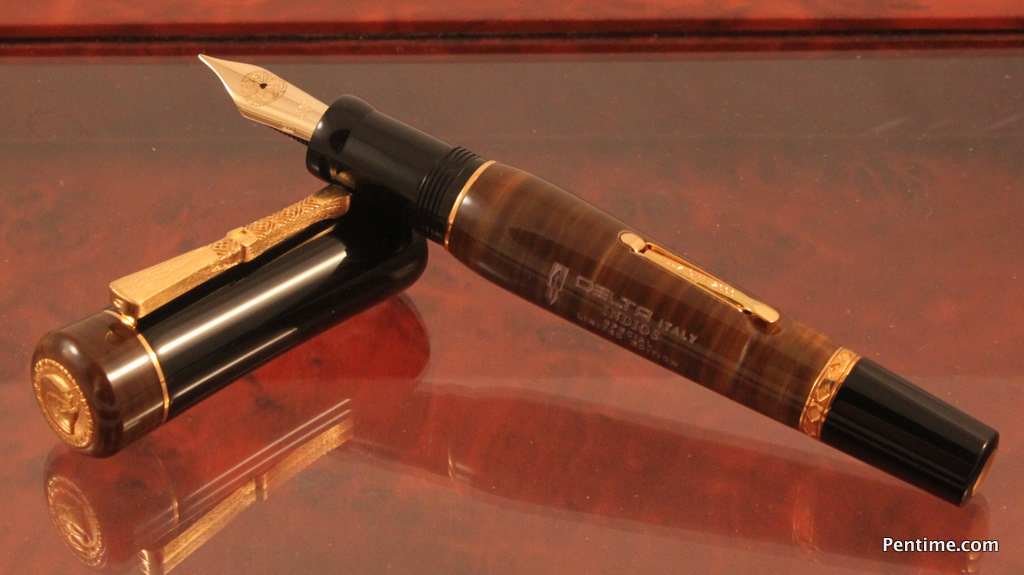