This pen is pre-owned and does not come with box, but does come with papers.  It is equipped with an 18k Medium nib. 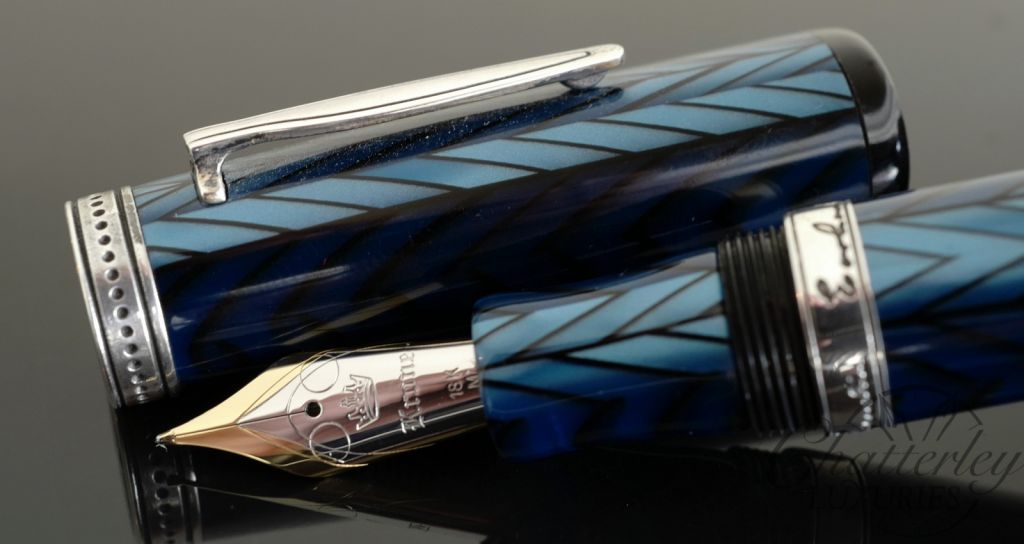 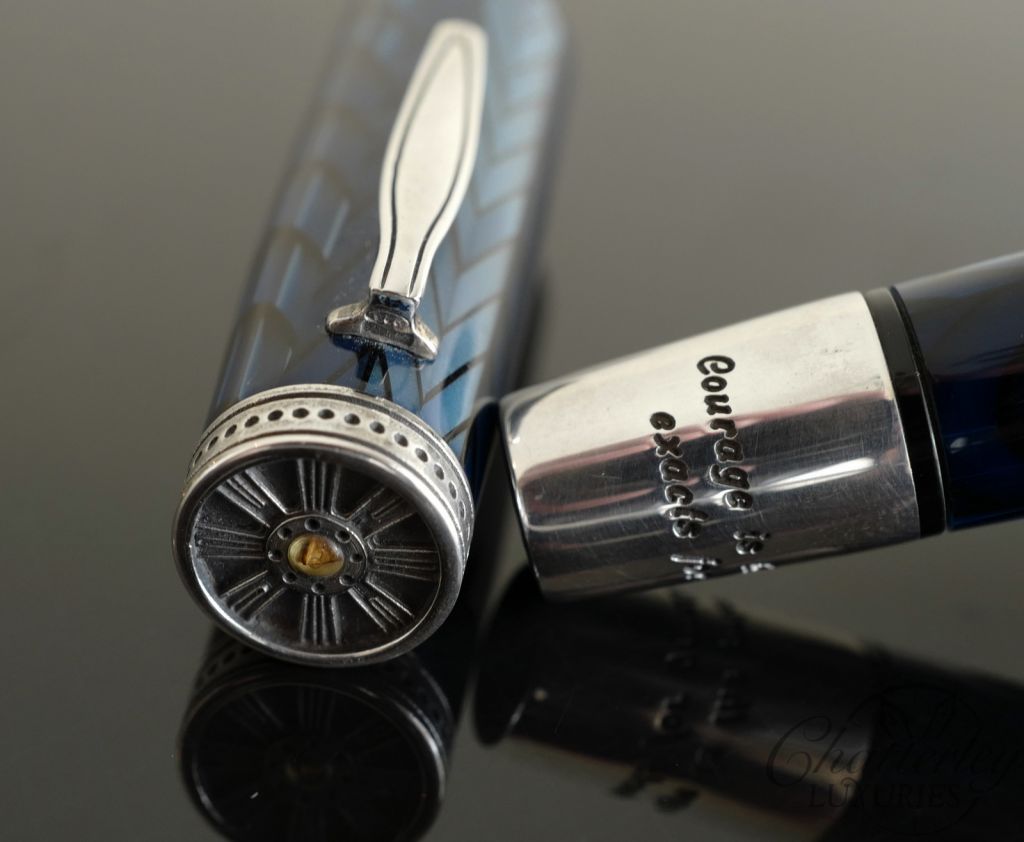 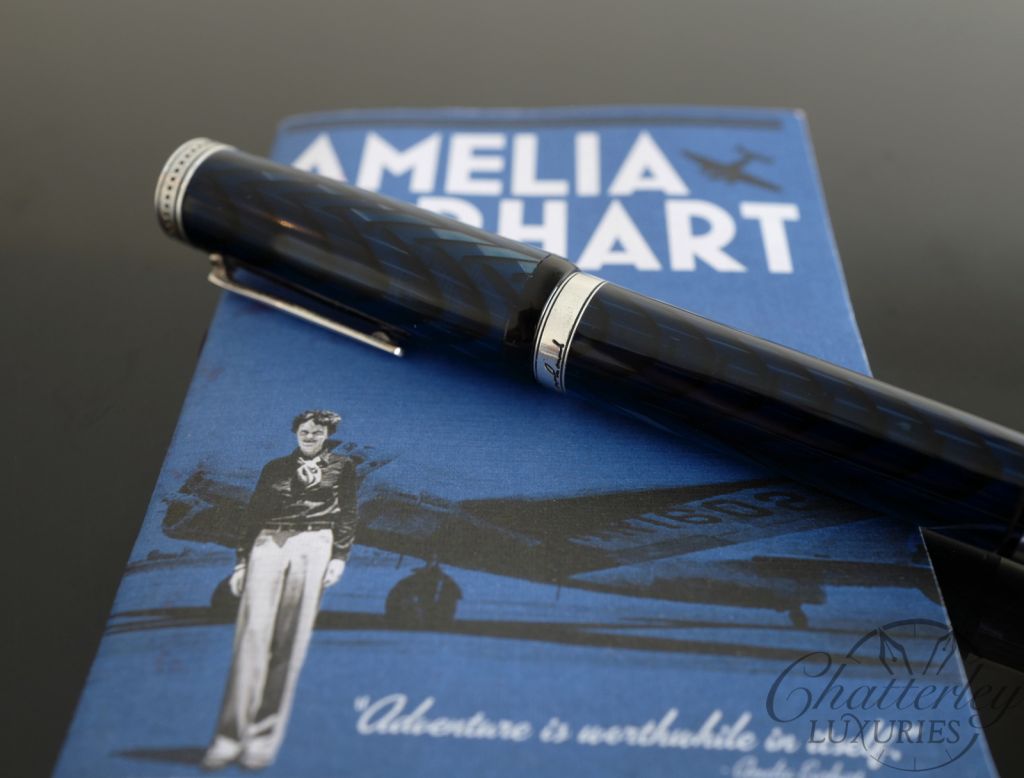 Krone honors Amelia Earhart with this Historical Limited Edition series.  She lived an adventurous life as a pilot, feminist, social activist, working woman and champion of commercial aviation. She was not going to live a conventional life and became one of the most popular public figures of her day, which marked the beginning of the era of celebrity. And she died doing the thing she loved most – flying, which was her wish. This spectacular writing instrument is comprised of unique, elegant, three-dimensional slate blue and black herringbone celluloid.