To run its course through smoother water the small bark of my wit now hoists its sail, leaving that cruel sea behind.

Now I shall sing the second kingdom, there where the soul of man is cleansed, made worthy to ascend to Heaven. 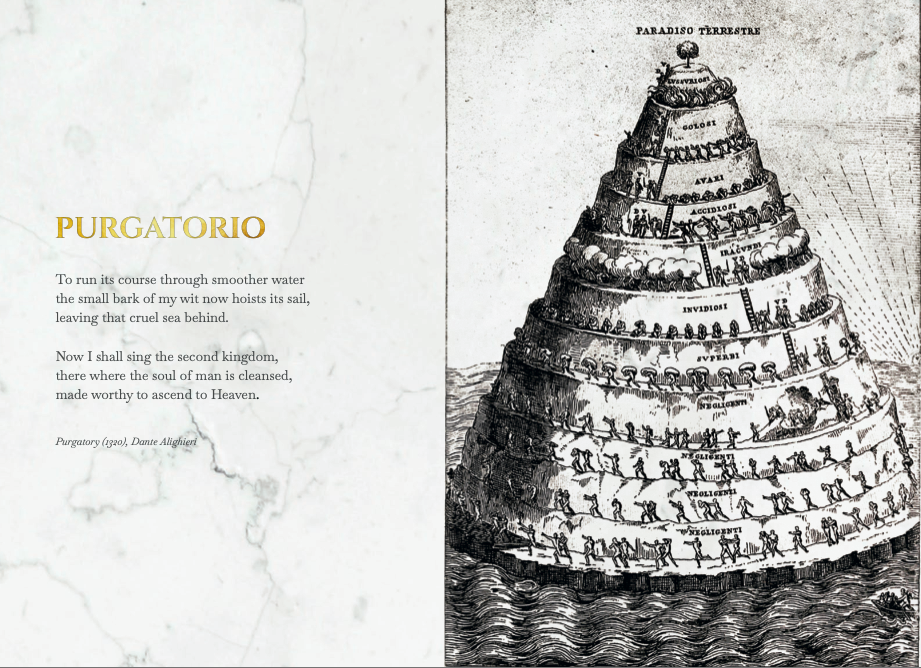 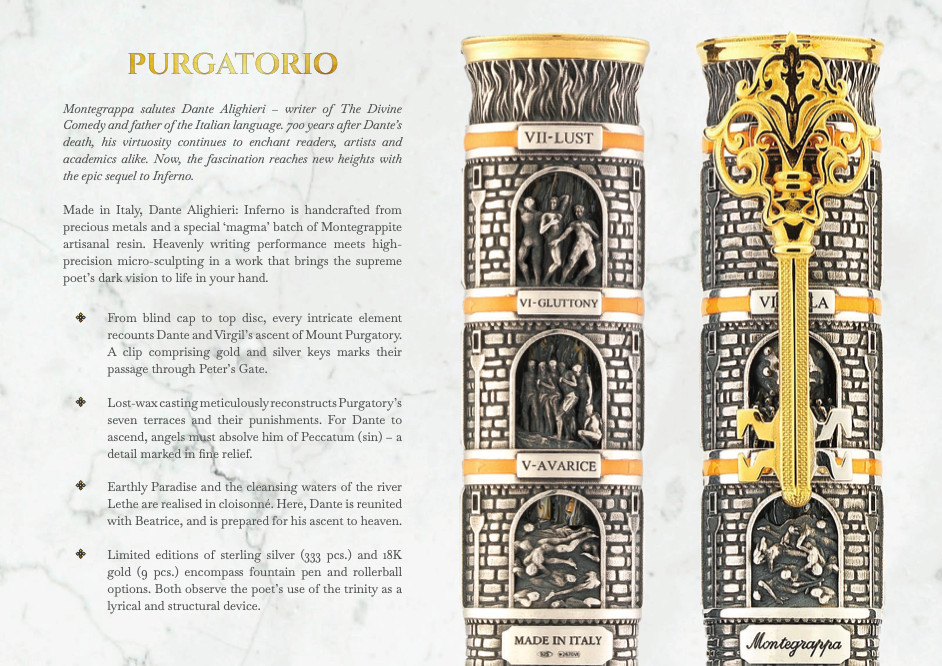 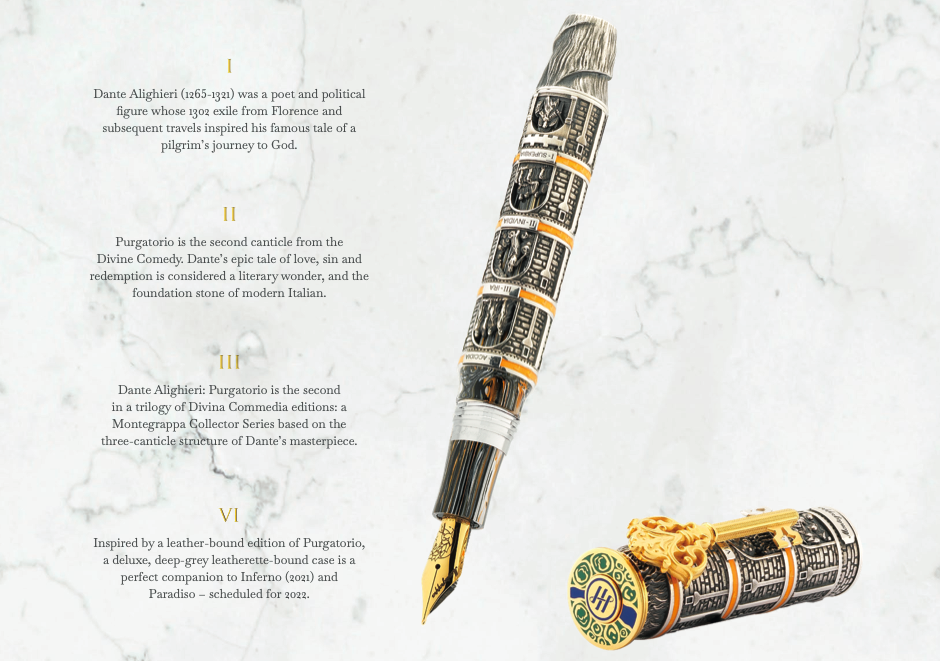 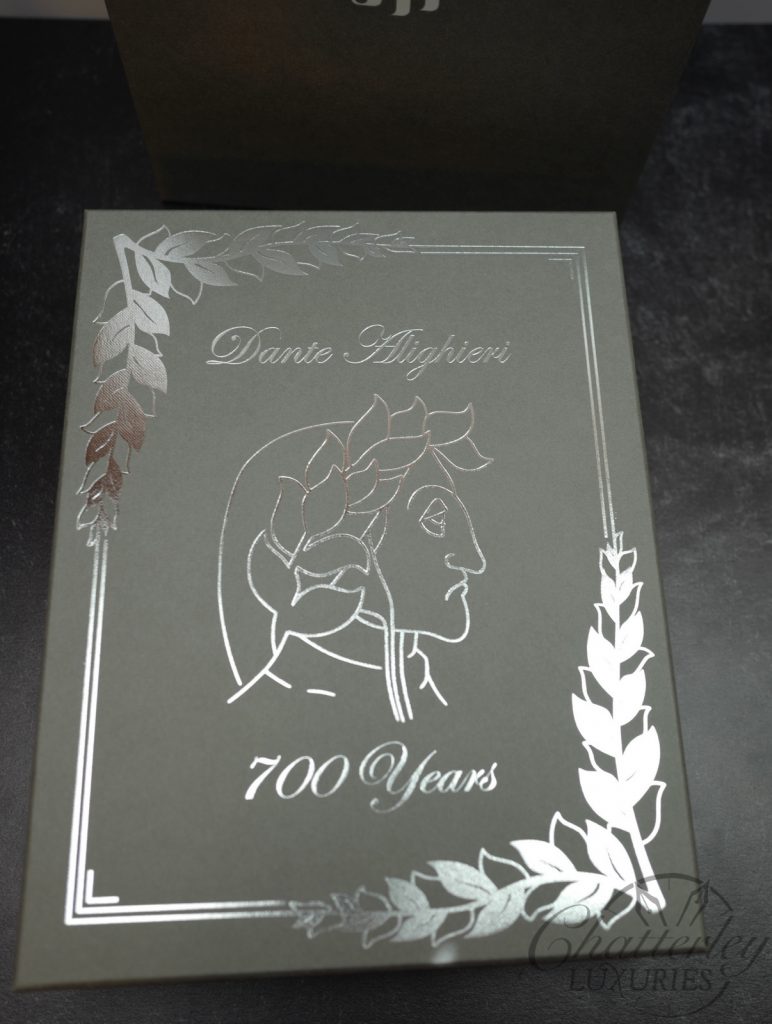 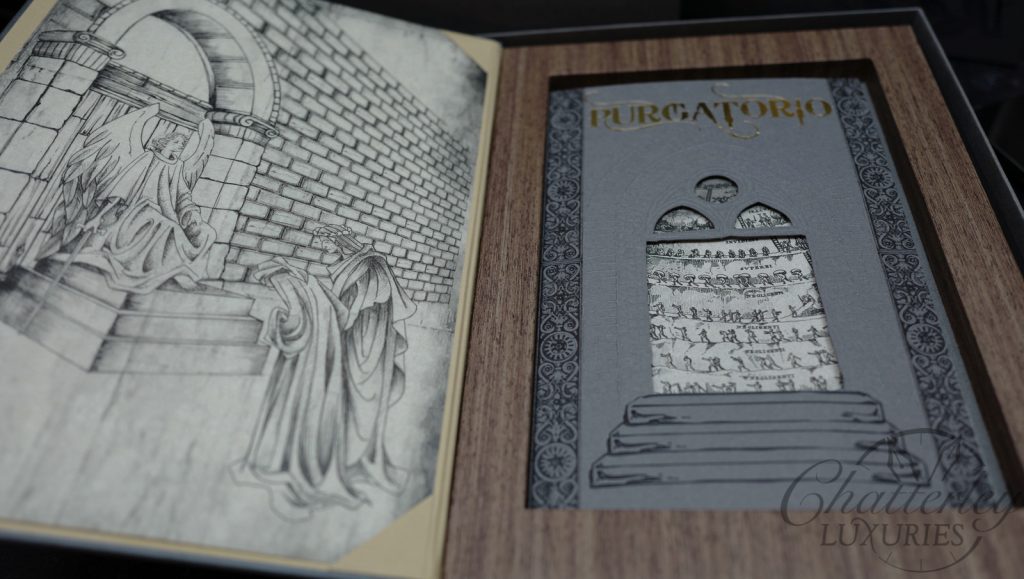 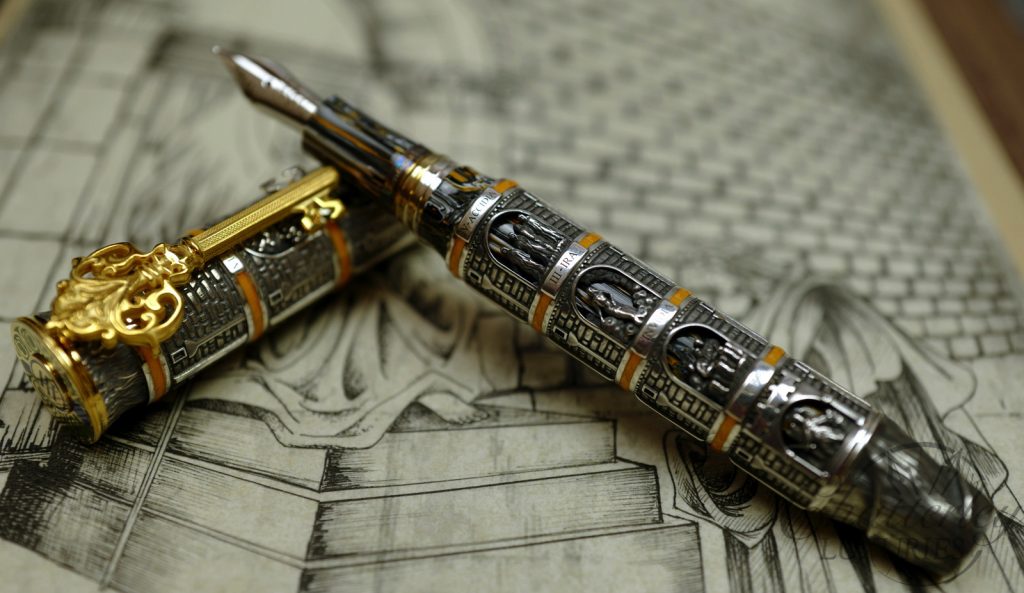 Montegrappa salutes Dante Alighieri – writer of The Divine Comedy and father of the Italian language. 700 years after Dante’sdeath, his virtuosity continues to enchant readers, artists and academics alike. Now, the fascination reaches new heights with the epic sequel to Inferno.

Made in Italy, Dante Alighieri: Inferno is handcrafted from precious metals and a special ‘magma’ batch of Montegrappite artisanal resin. Heavenly writing performance meets high- precision micro-sculpting in a work that brings the supreme poet’s dark vision to life in your hand.

From blind cap to top disc, every intricate element recounts Dante and Virgil’s ascent of Mount Purgatory. A clip comprising gold and silver keys marks their passage through Peter’s Gate.

Lost-wax casting meticulouslyreconstructs Purgatory’s seven terraces and their punishments. For Dante to ascend, angels must absolve him of Peccatum (sin) – a detail marked in fine relief.

Earthly Paradise and the cleansing waters of the river Lethe are realised in cloisonné. Here, Dante is reunited with Beatrice, and is prepared for his ascent to heaven.

Limited editions of sterling silver (333 pcs.) and 18K gold (9 pcs.) encompass fountain pen and rollerball options. Both observe the poet’s use of the trinity as a lyrical and structural device.

Dante Alighieri (1265-1321) was a poet and political figure whose 1302 exile from Florence and subsequent travels inspired his famous tale of a pilgrim’s journey to God.

Purgatorio is the second canticle from the Divine Comedy. Dante’s epic tale of love, sin and redemption is considered a literary wonder, and the foundation stone of modern Italian.

Dante Alighieri: Purgatorio is the second in a trilogy of Divina Commedia editions: a Montegrappa Collector Series based on the three-canticle structure of Dante’s masterpiece.