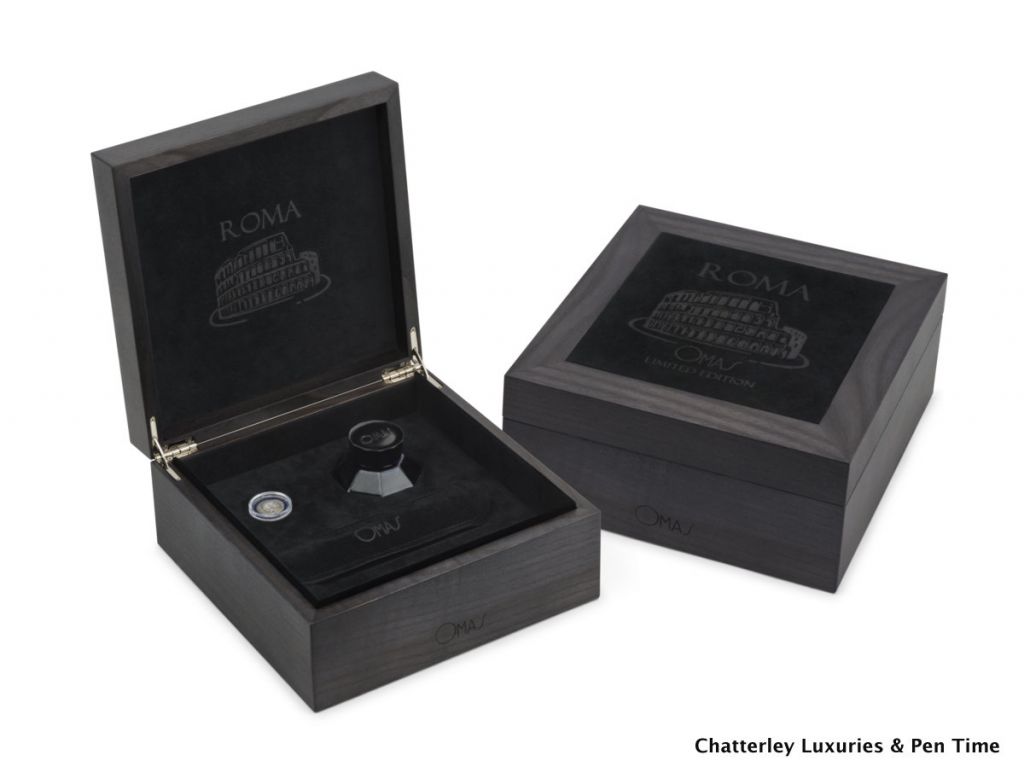 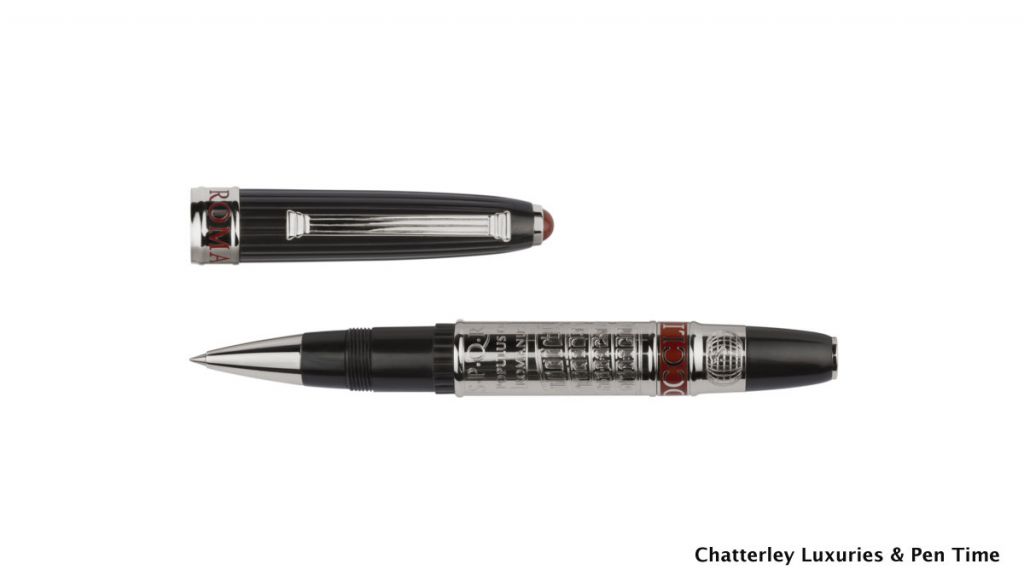 OMAS unveils the prestigious “Le Città” collection with the ROMA Limited Edition, which is dedicated to the most significant cities all around the world. Places that left their mark on the history of humankind and keep driving it. Places that contain an inestimabile historical and cultural heritage or that stand for the best model of modernity and globalization. Cities that are universally recognized as memorable and unforgettable.

Omas chose carefully Rome as the first city of this collection.
Rome is not only the capital city of Italy but it is also considered the mother of all the cities worlwide, the cradle of the Western Civilization and of the Roman Empire, the biggest in terms of management and quality of the territory with a strong socio-political organization, that laid the foundation for the modern culture.
Every single detail of this Limited Edition encapsulates the essence of this marvellous capital city and has been chosen on purpose for its representation and its recognition throughout the world.
The most significant detail is the impressive Flavian Amphitheatre engraved on the barrel.
The “Colosseum” encapsulates and embodies the futuristic Roman architecture, famous for a series of public structures and infrastructures, which were totally unusual and cutting edge at that time. These structures paved the way for the development and the consolidation of the Empire as for instance the very efficient road network and the water works. The systematic use of arches enables to build not only impressive infrastructures but also stately civil and palatial constructions. The “Colosseum” is precisely the most famous of these ones.
The Latin phrase S.P.Q.R., Senatus Populus Quiritium Romanus, that is engraved above the “Colosseum”, is one of the most popular ones in Rome, in fact it can be often read on monuments and public works while walking around the historic town centre.
The initialism S.P.Q.R. appeared indeed in the official Roman documents to ratify the will of the Roman Government and later on was considered the “logo” of the Roman Republic. The translation would be literally “the Senate and (all) the Roman citizens of the Quirites” ; in the figurative sense the Roman citizens of the Quirites identify the whole Roman people in the political and military relations, i.e Romans, and in the civilian relations, i.e. the Quirites, which means citizens.
Nowadays the abbreviation S.P.Q.R. stands for the coat of arms of the contemporary city of Rome.
The engraving DCCLIII, which stands for the Latin number 753, refers to the year of foundation of Rome and overtops the barrel of the Limited Edition.
A stylized planesphere, where Italy position is indicated and that is the recurrent theme of “Le Città” collection , and the famous sentence “Roma caput mundi regit orbis frena rotundi” (Rome capital city of the world holds the reins of the world in its hands) embellish the Limited Edition.
The particular “guilloché” cap and the original clip evoke the shape and the grooves of the Roman arcades.
The Capitoline Wolf from the legend of Romulus and Remus, founders of Rome, is regarded as a symbol of Rome. The she-wolf is stylised and engraved on the top of the cap of the gold plated version.
The writing “Roma” , which dominates the ring of the cap, is enriched by enamel in the three versions.
Finally, the ring on the nib holder is decorated with a vertical fret pattern.
The engraving on the gold nib is dedicated to the majestic dome of St. Peter’s, designed by Michelangelo, that rises to a total height of 136 metres and has an internal diameter of 42 metres. This is surely one of the most impressive symbol of Rome.
The Limited and Numbered Edition Roma comes in three different versions :
-753 piston filled fountain pens, 753 roller balls made of maroon cotton resin, enamel, yellow gold treatment
-214 piston filled fountain pens, 107 roller balls made of 925‰ sterling silver, enamel, pearl charcoal grey cotton resin and cornelian cabochon
-4 piston filled fountain pens made of gold, diamonds and pearl white cotton resin
The fine dedicated packaging, made of precious wood and personalized with the “Colosseum”, is handcrafted in Italy.
An ancient Roman silver coin comes with the silver Limited Edition, a precious ancient Roman gold coin with the 4 exclusive fountain pens made of sterling gold and diamonds.