Visconti has discontinued all Midi Sized Fountain Pens and are sold out. This pen is lovingly used and has a Medium 14k nib. Its in good condition with no major issues, just normal wear small micro scratches since this pen comes with an extra shiny surface. 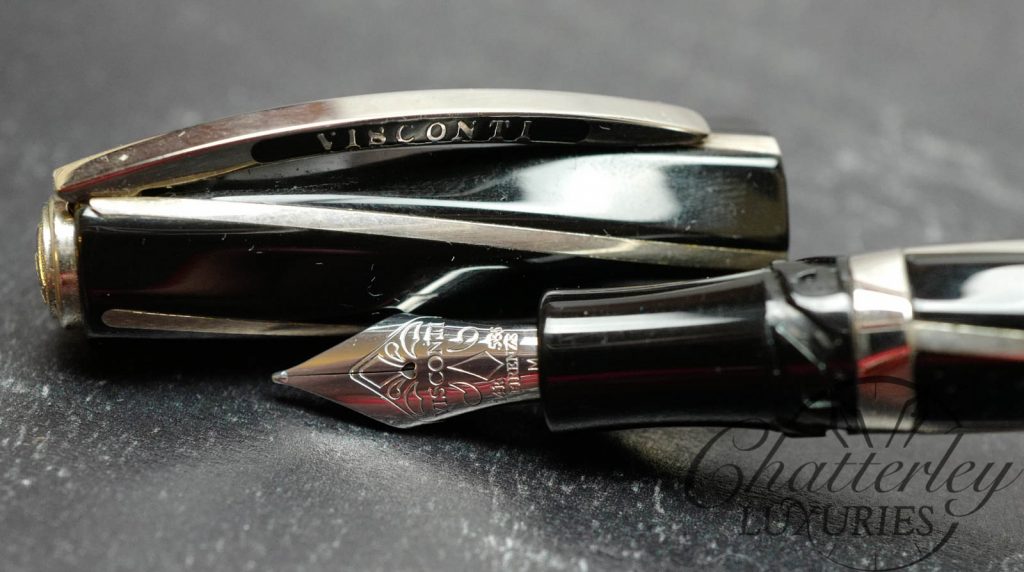 The pen is made out of Black Lucite and Sterling Silver inlay spiraling around the whole pen. They are fitted with 23k palladium plated nibs.  Available in F, M and B. The Visconti Divina Midi uses a very unique and stable “Push Pull Piston Filler.”

Making this pen was a daunting task, requiring much thought into how exactly to inlay the sterling silver. Inlay’s can sometimes be much more difficult than overlay’s. In addition to how to do it, Visconti had to take into consideration the fact that the pen spirals around in a very symmetrical proportion, and is made of a solid piece of material, lucite. There is a Midi version, which is this one, and a Maxi version of this pen. Here is a video on how they made the Maxi, whilst the making of the Midi would be very much the same.