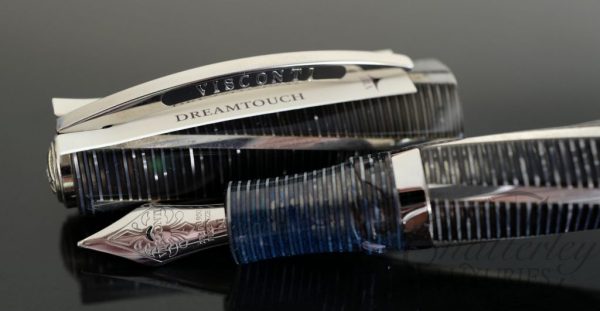 This pen is used, but in great condition. It does have some staining on the section.

Visconti takes two of it’s popular designs and combines them into one beautiful pen.  The Wall Street celluloid has been used on several models throughout the years.  It now comes to you in the midi Divina size pen.  Introducing The Metropolitan. 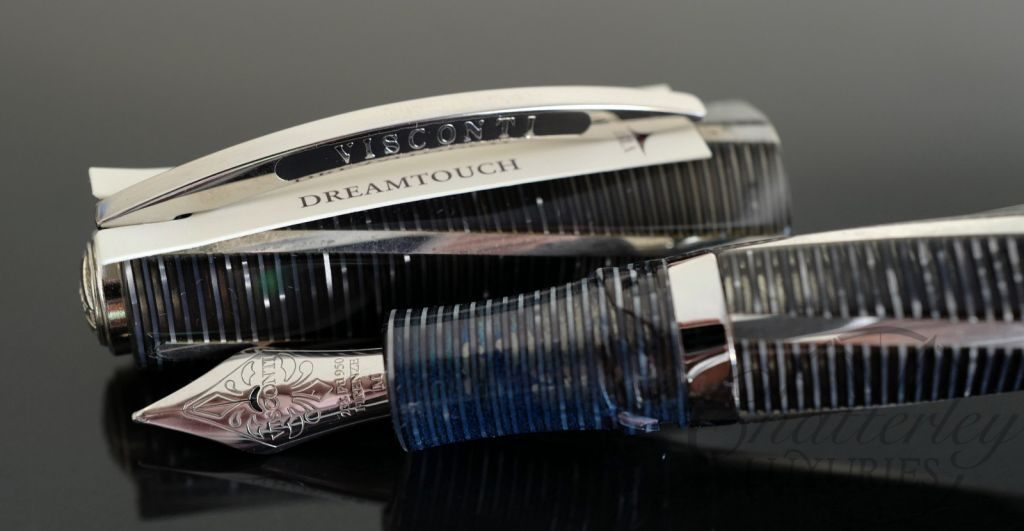 The pen is made out of true celluloid and Sterling Silver inlay spiraling around the whole pen. They are fitted with 23k palladium plated nibs.  Available in F, M and B. The Visconti Divina Midi uses a very unique and stable “Push Pull Piston Filler.”