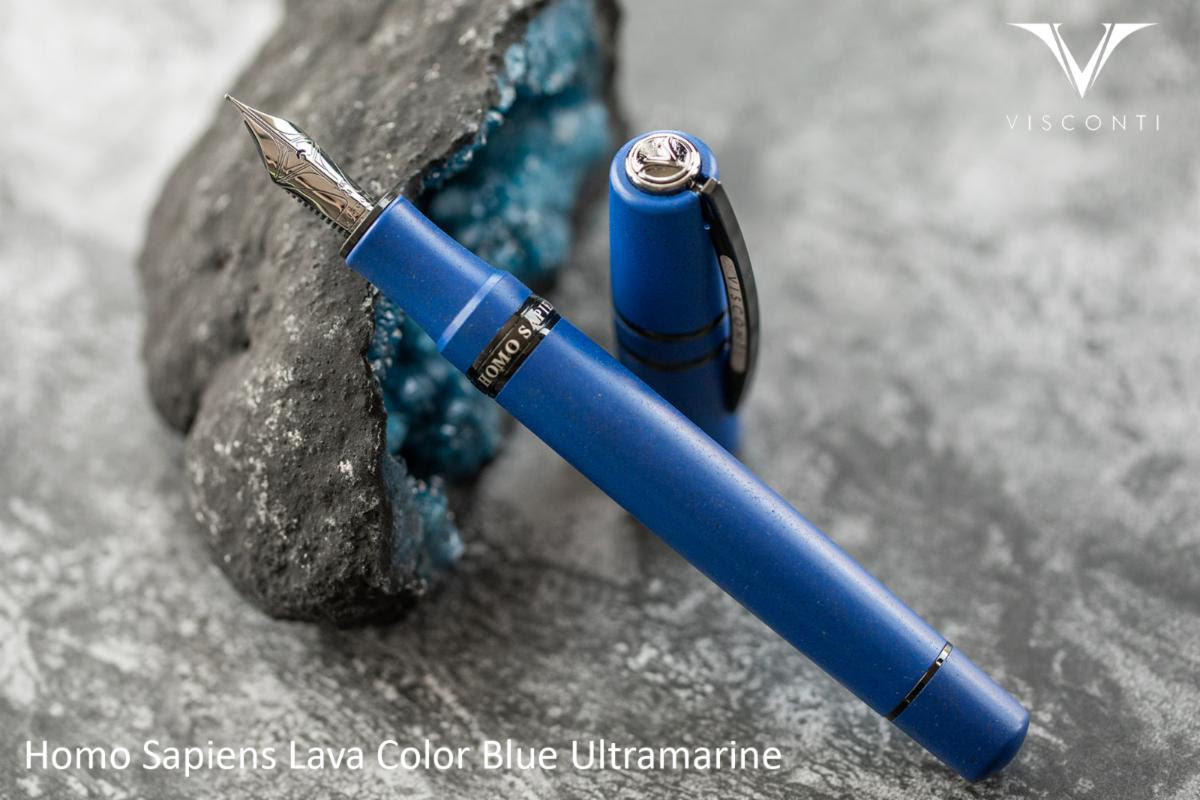 We are delighted to announce the launch of the latest addition to the Homo Sapiens Lava Color collection, the Blue Ultramarine. Visconti re-interprets their flagship pen line with a new color and a more modern image.

Like its predecessors, the Lava Color is made from Visconti’s well-known and much treasured, lava rock; making the pen virtually unbreakable and very comfortable to write with. The Lava Color collection is the perfect union of catalyzed Mount Etna basaltic lava and colored resin using Visconti’s patented methods. The volcanic material features an anti-stain treatment that protects the pen and prevents ink from depositing on the pen during refilling.

The newest color is a rich blue hue that is accented by black ruthenium trims. Blue Ultramarine is a pigment derived from crushing the semi-precious stone lapis lazuli. This color has been coveted since its creation and been used in many paintings and manuscripts since ancient times. 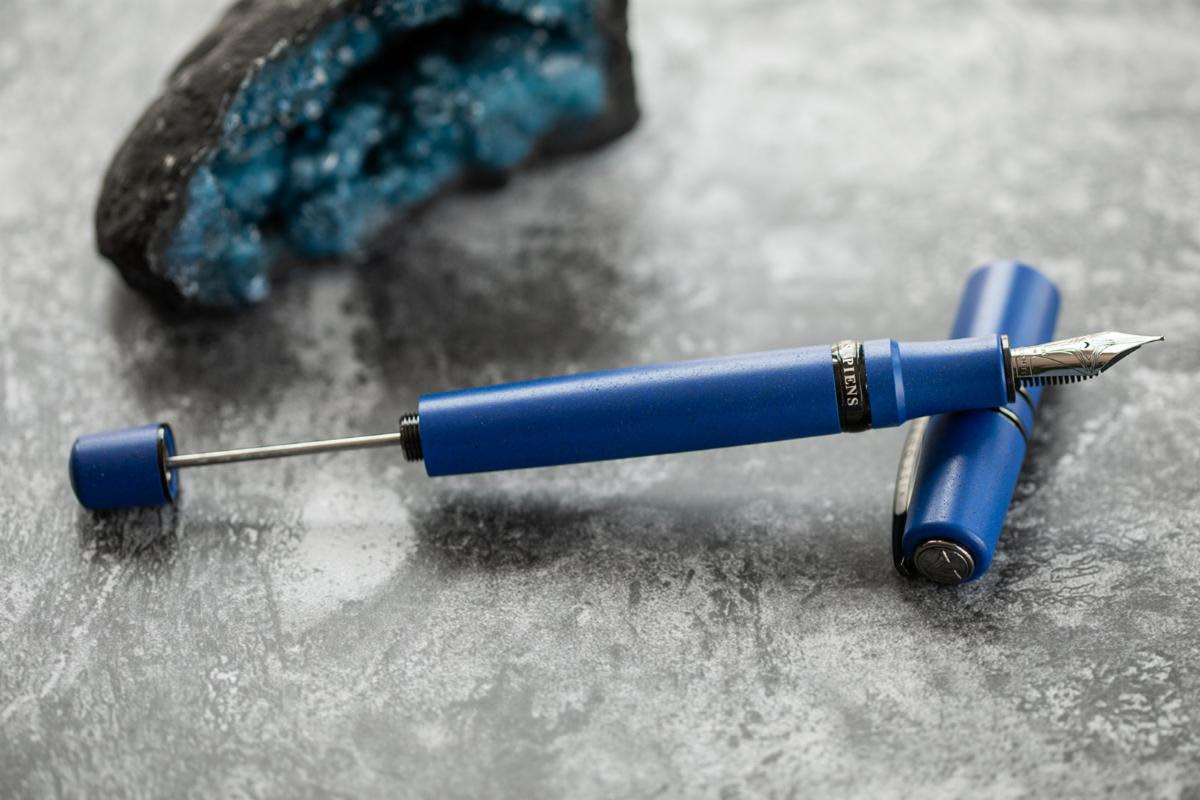 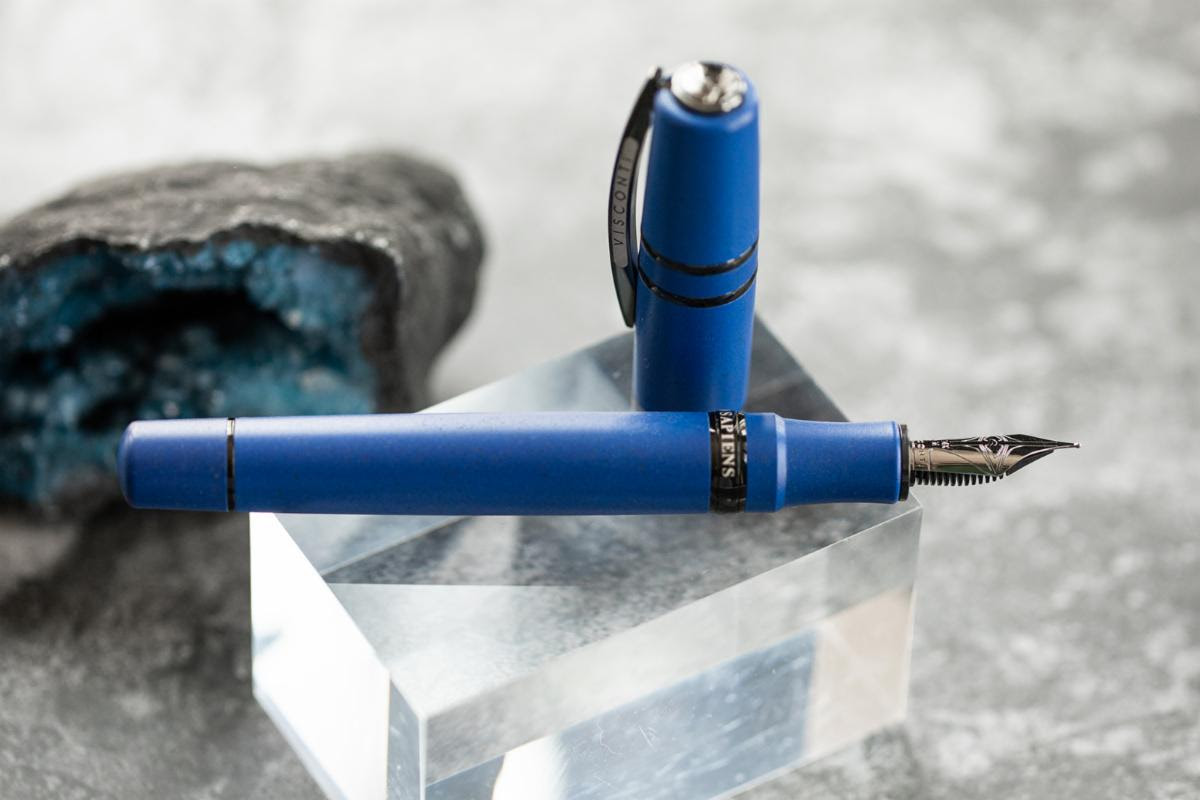 Visconti’s new in-house 14kt gold nib has been engraved with a more contemporary design, but in keeping with tradition Visconti continue with a crescent moon shaped breather hole, a distinctive feature of Visconti’s precious nibs. Each nib is hand polished and entirely made in-house: The nib, feed and housing; consequently the entire pen is produced in Florence. Each nib is plated in black ruthenium to match the color of the pens trim. Available in EF, F, M, B, and Stub widths. 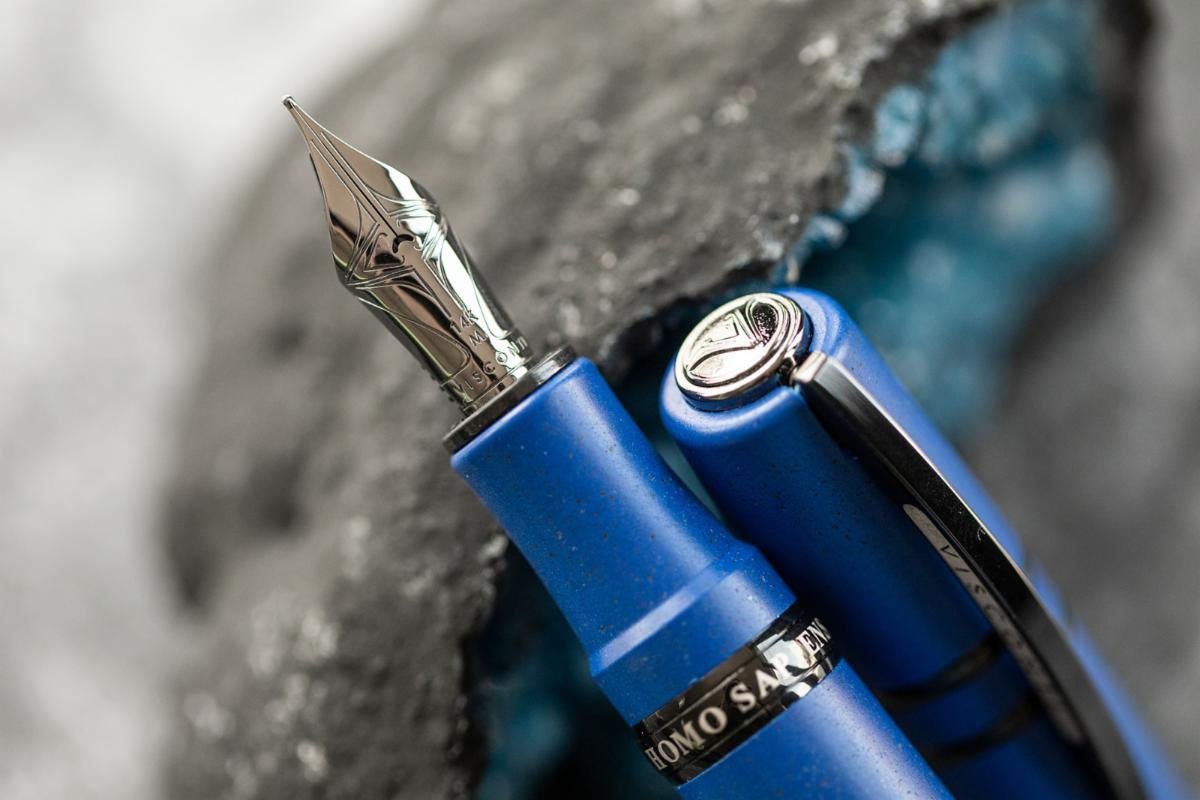