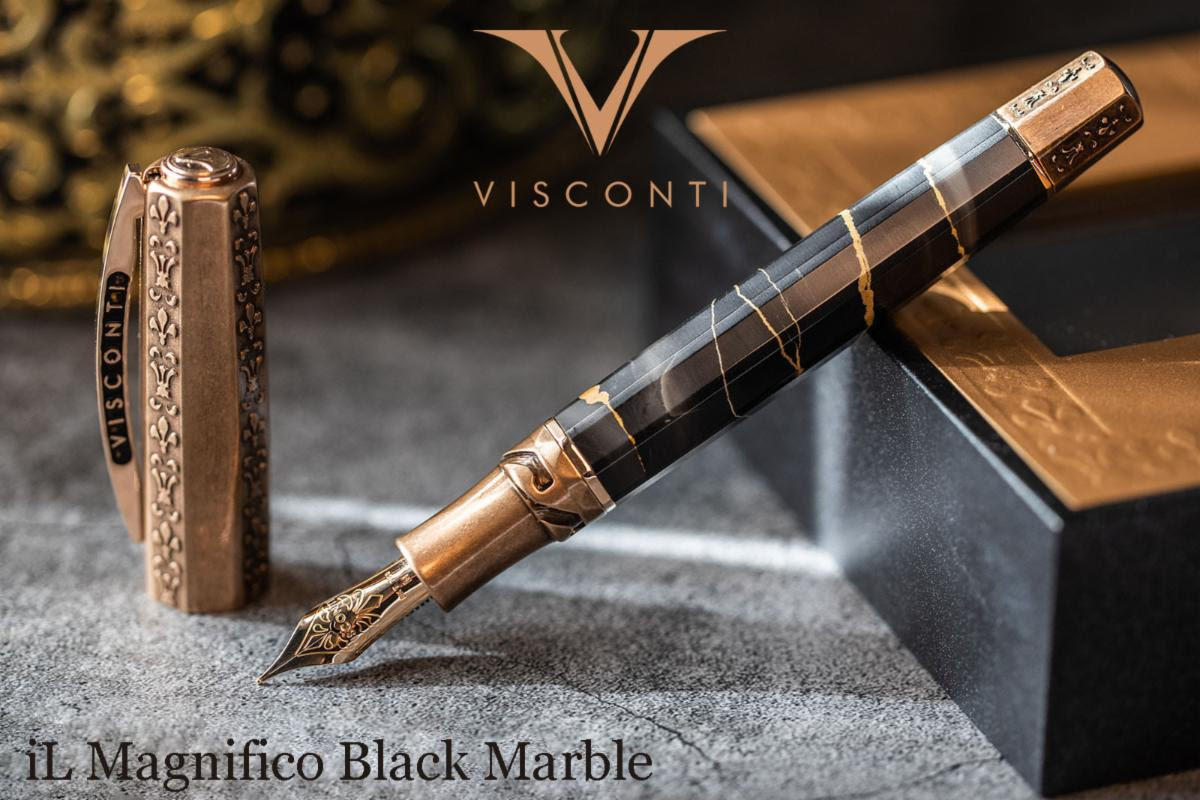 Visconti is delighted to announce the launch of the new il Magnifico Black Marble, the fourth edition from the iconic il Magnifico series. Inspired by one of the most renowned figures of the Florentine Renaissance, Lorenzo ‘Il Magnifico’ de’ Medici, the Visconti il Magnifico collection personifies the essence of the Renaissance period, combining luxurious and precious materials. For this latest launch, genuine Portoro marble is complemented by an aged bronze cap and trims. 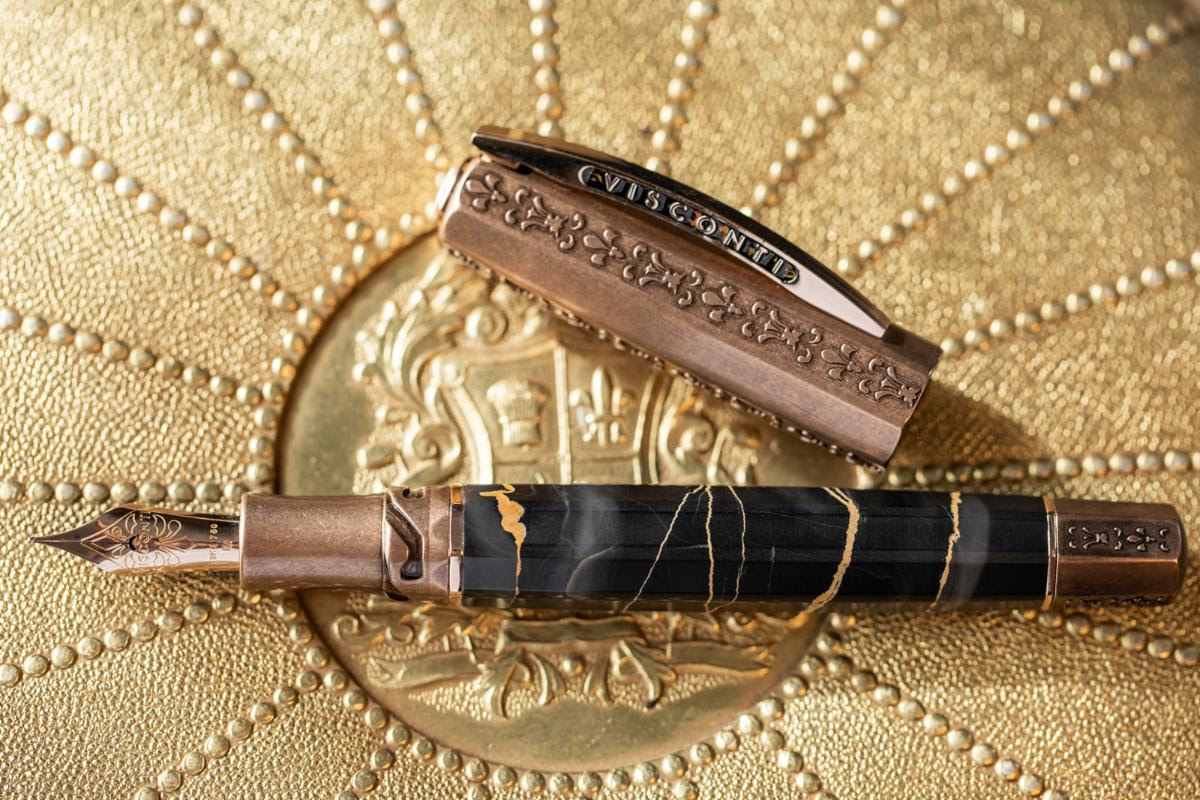 Lorenzo de’ Medici was an Italian Statesman and a 15th century Ruler of the Florentine Republic. Considered one of the most powerful and enthusiastic patrons of the Renaissance age, he was commonly known as Lorenzo “il Magnifico” (the Magnificent) by his contemporary Florentines as he was an influential businessman, diplomat, politician and a patron of scholars. 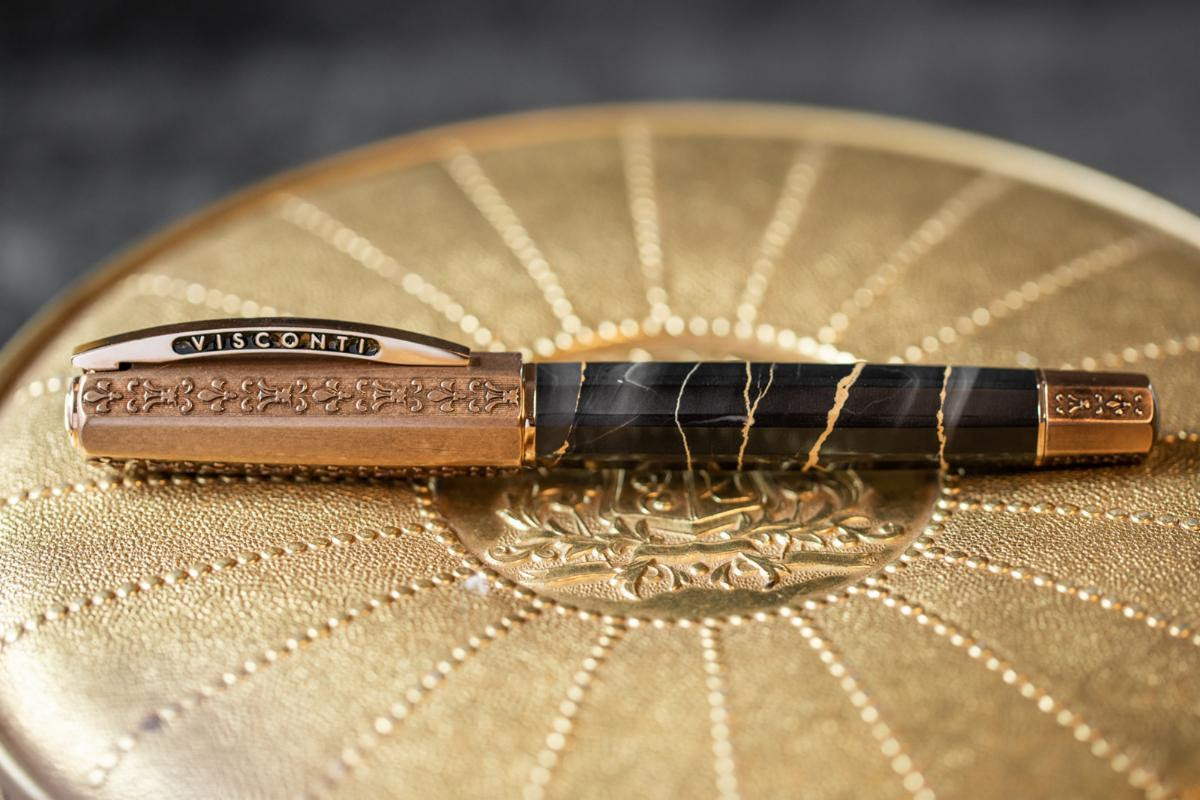 The pen celebrates Lorenzo de’ Medici’s great passion for art and noble black marble. The pen’s body is made of Portoro marble, a kind of marble only found in Italy in the province of La Spezia. Portoro marble is know for it’s golden streaks that range from deep yellow to honey and is considered the most precious of black marbles. The intense black color is a gorgeous contrast to it’s striking golden veins. The marble body is octagonal shaped and inspired by the Baptistery of Florence, formed using specific, high-precision machinery. Visconti’s semi-precious stone expert craftsmen manually polish each of the pen’s components before assembling them. 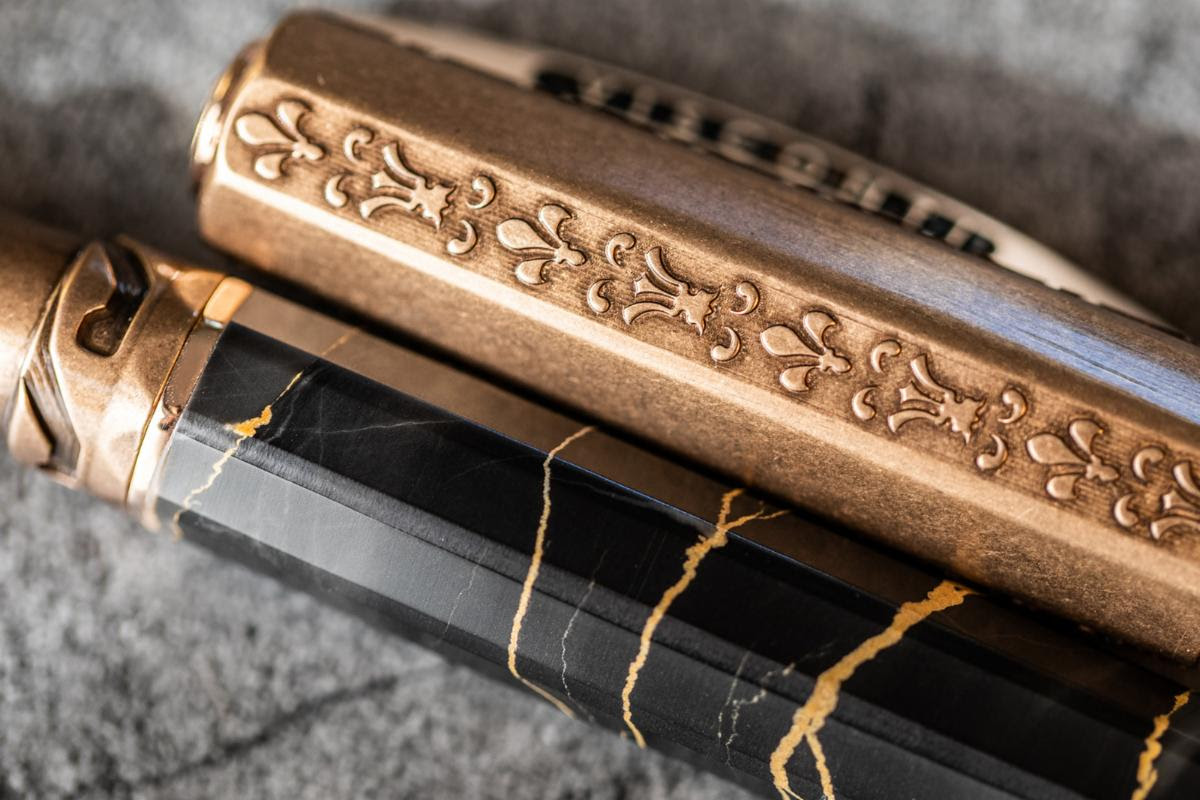 Lilies, the symbol of the city of Florence, are meticulously engraved on the aged bronze parts by Visconti’s expert Florentine craftsmen. The iconic Ponte Vecchio clip is plated in rose gold and embellished with a black enamel reminiscent of the Portoro marble accenting the body of the pen expertly. The top of the cap is enriched with the ancient coat of arms of the Medici family. 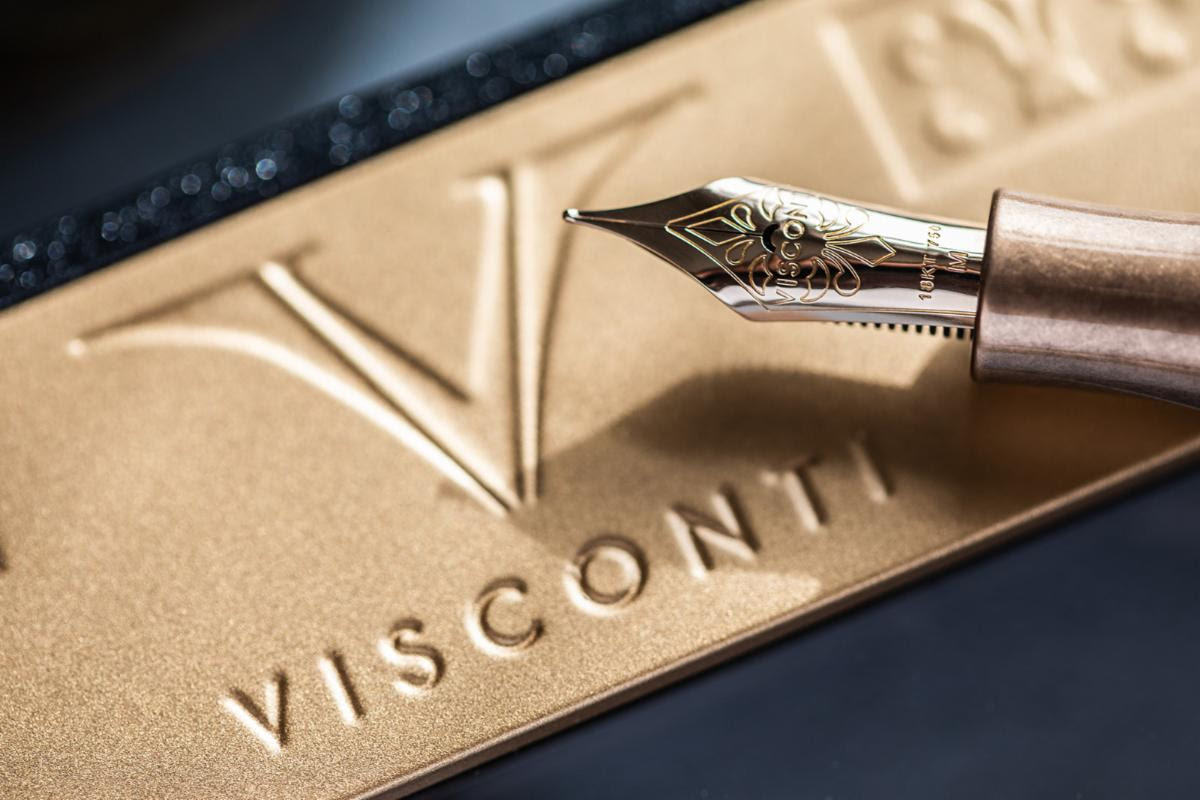 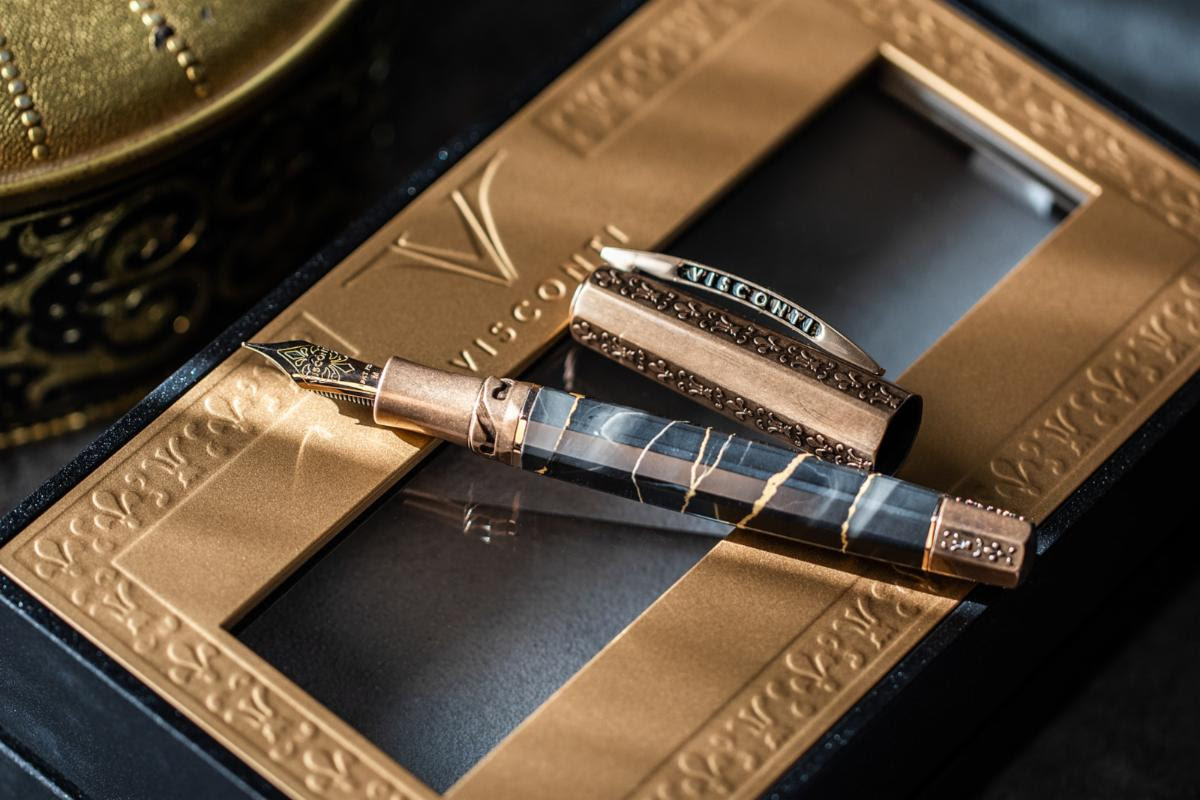