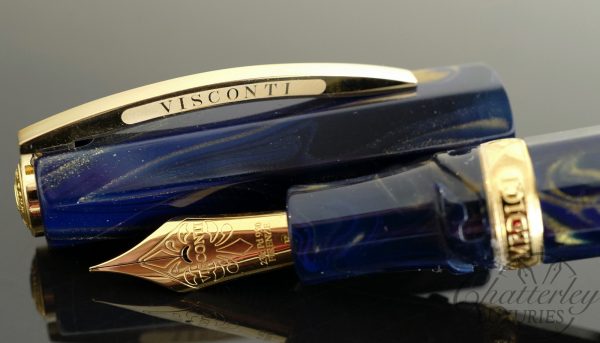 This pen is lovingly used. It does not come with box or papers and has a Fine nib. 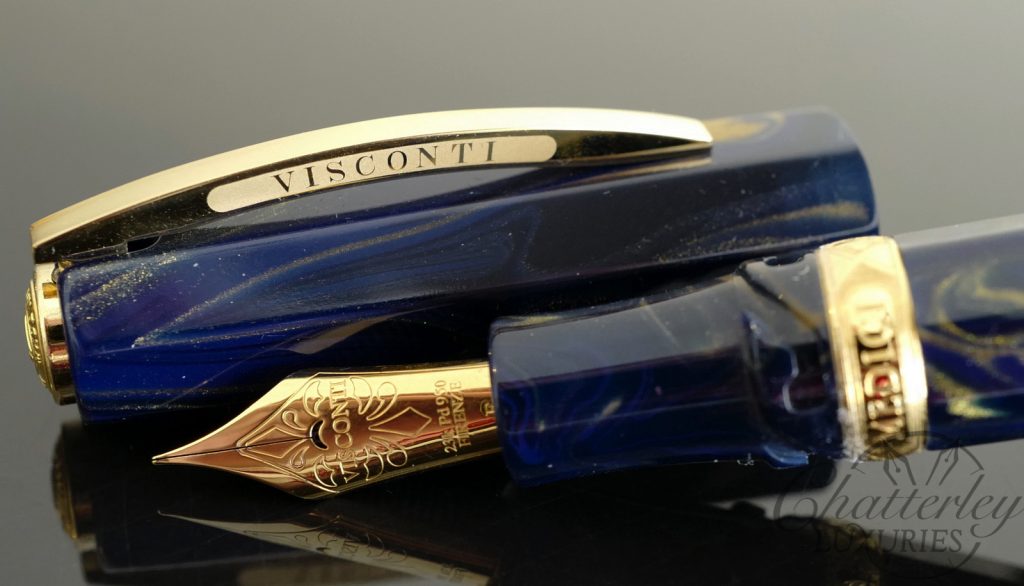 Visconti continues to pay homage to the much renowned Medici family, with two exciting additions to the Medici ‘Dynasty’ collection: Blue Imperiale and Black Basilica. Visconti is also pleased to announce that retail prices for the Medici collection have been significantly reduced to: Fountain Pen $875, Rollerball $650 and ballpoint $495.
You cannot learn the history of Florence without hearing about the much celebrated Medici family. The family was a noble house that stood out for their political, financial, and cultural influence on the city of Florence. Most of all, the Medici family was known for their passionate contributions to the development of Humanism and the Italian Renaissance. As a tribute to one of the greatest dynasties in Italian history, Visconti has designed two new colors to add to their infamous Medici ‘Dynasty’ collection: Blue Imperiale and Black Basilica.
The Medici pens feature an eight-sided facet design, modeled after the Florentine baptistery, a religious place and symbol of the city’s glorious past. The body of the pens are enhanced by the Lily emblem (fleur de lis) engraved on the center band that pays homage to the city of Florence. The beautiful colors of the Medici Dynasty collection emulate the semi-precious stone mosaics that embellish the Medici villas.
The Medici Dynasty collection is available in fountain pen, rollerball, and ballpoint. The fountain pen features Visconti’s power filler system and is enhanced with Visconti’s large 23kt Palladium Dreamtouch nib with yellow gold plating, available in EF, F, M, B, and Stub.