Up for sale is the brand new Limited Edition Sword Fountain Pen. This pen is in Red resin with Gold Vermeil trim Fountain Pen that uses a piston filler to draw ink. These pens are limited to 88 pens world wide. This one for sale is the number 1/88 fountain pen and is fitted with an 18kt gold Medium nib. 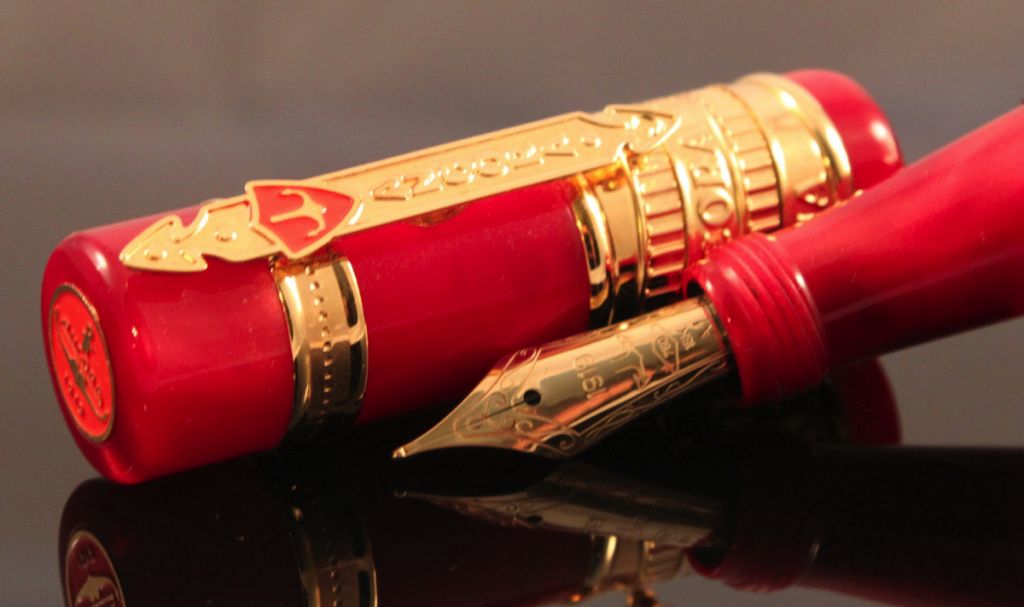