Up for sale is a brand new Limited Edition Raphael Fountain Pen. This pen is in Blue resin with Sterling Silver trim Fountain Pen that uses a piston filler to draw ink. These pens are limited to 88 pens world wide, this one is number 1/88. This pen is fitted with an 18kt gold medium nib. 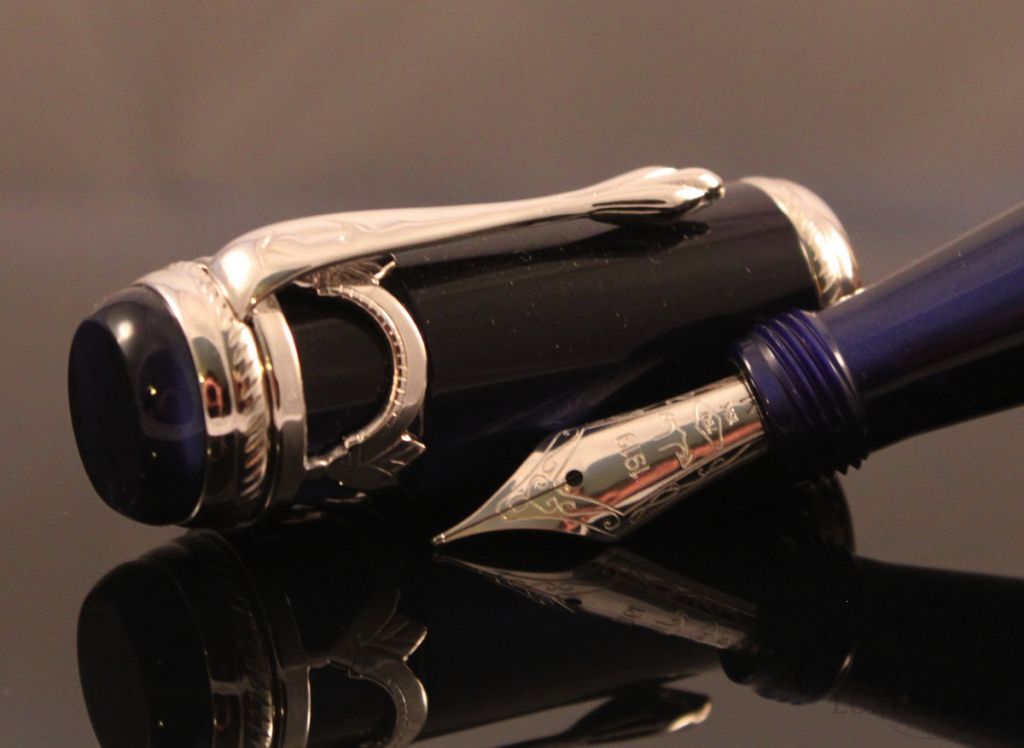 After completing the second room, in 1514 Raphael was in such demand that assistants completed much of his work from then on. There are some exceptions however including portraits like that of Baldassare Castiglione (1514/15). This piece, above many, has been admired by artists since Raphael. Titian, it is believed, was deeply influenced after seeing this piece on display in the house of the subject. Cézanne was taken with ‘how well rounded the forehead is, with all the distinct planes. How well balanced the patches in the unity of the whole.’

No Box is available with this pen.