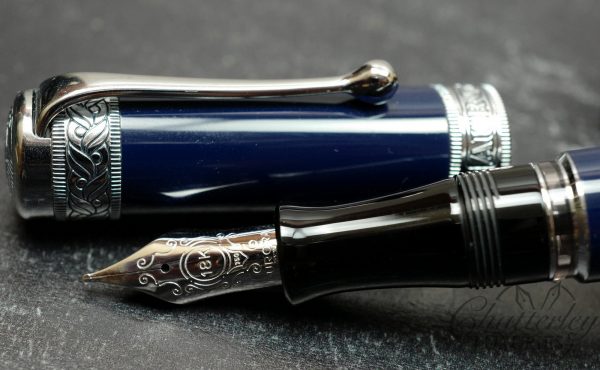 This pen is pre-owned, but in like new condition.  It comes complete with box and papers, and is number 515.  It is equipped with an 18kt Broad nib. 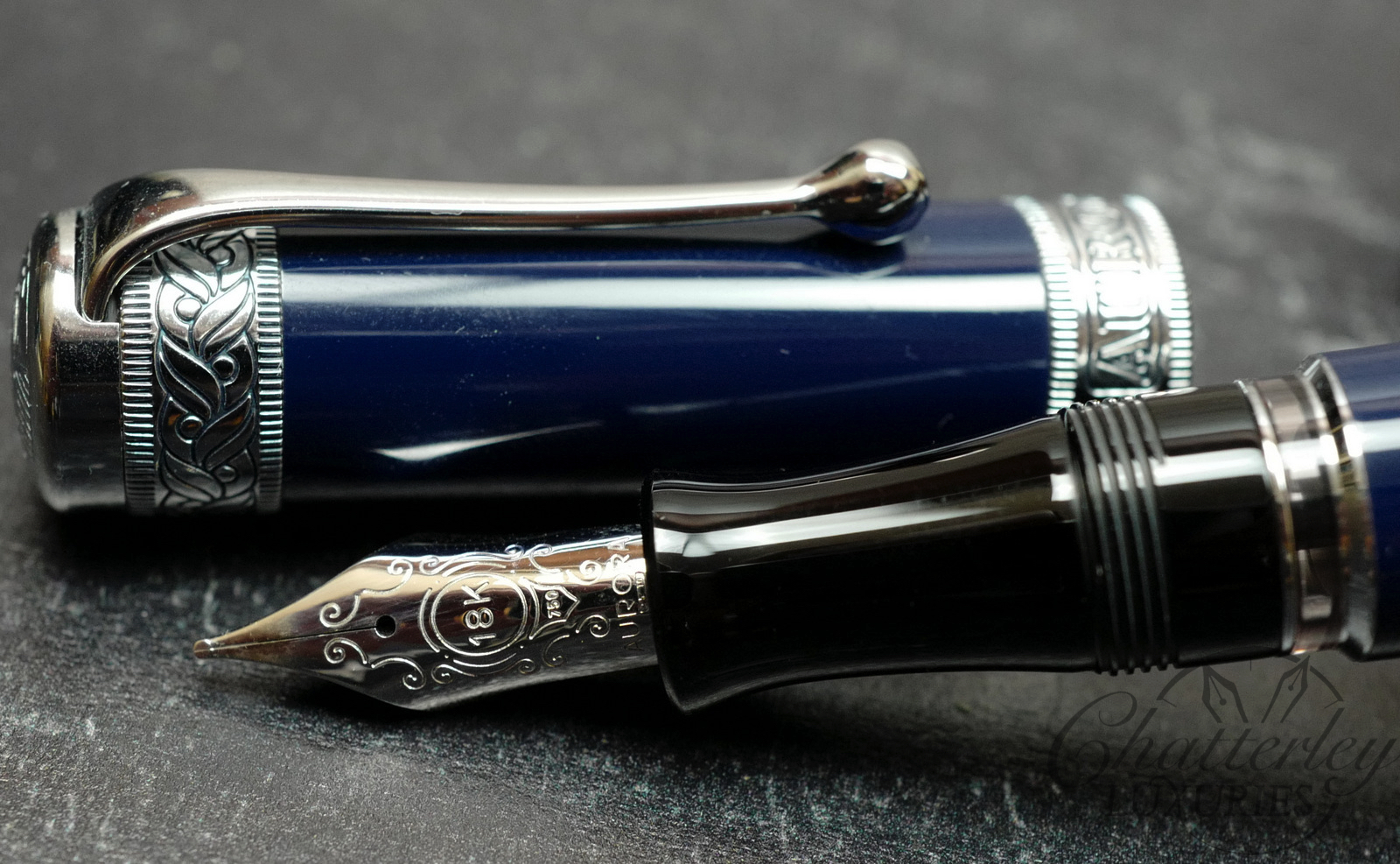 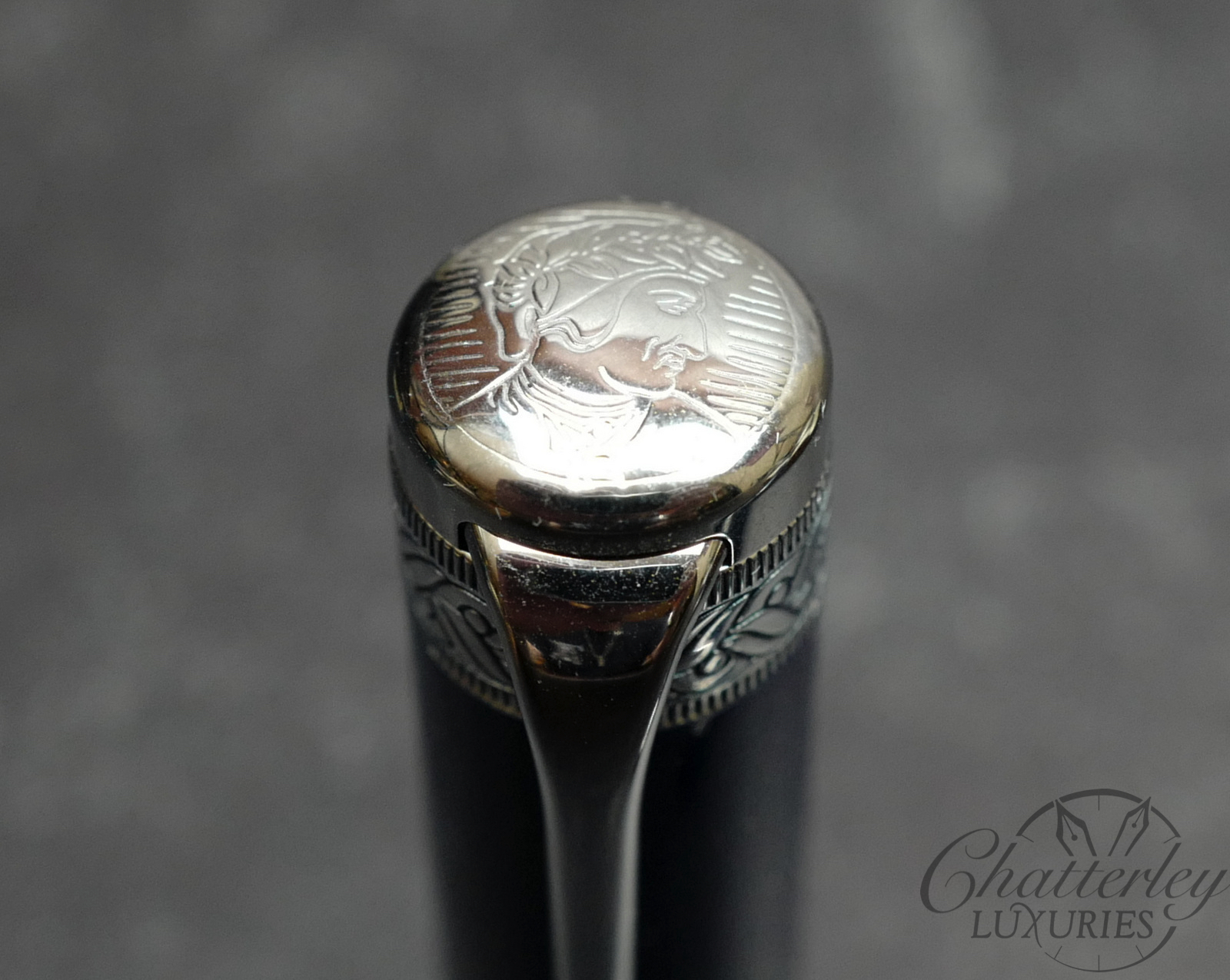 The pen is offered as a blue lacquer piston fountain pen with chrome trims in only 1265 pieces all over the world (Dante’s date of birth).