This pen has been lovingly used.  It is equipped with an 18kt Broad nib and is LE number 137.  It comes equipped with box and papers.
Monviso is a tribute to the city of Torino, the First Capital of Italy and Piedmont Region.
This fountain pen is named for the highest mountain of the Cottian Alps, the majestic range that decorates the city like a crown. 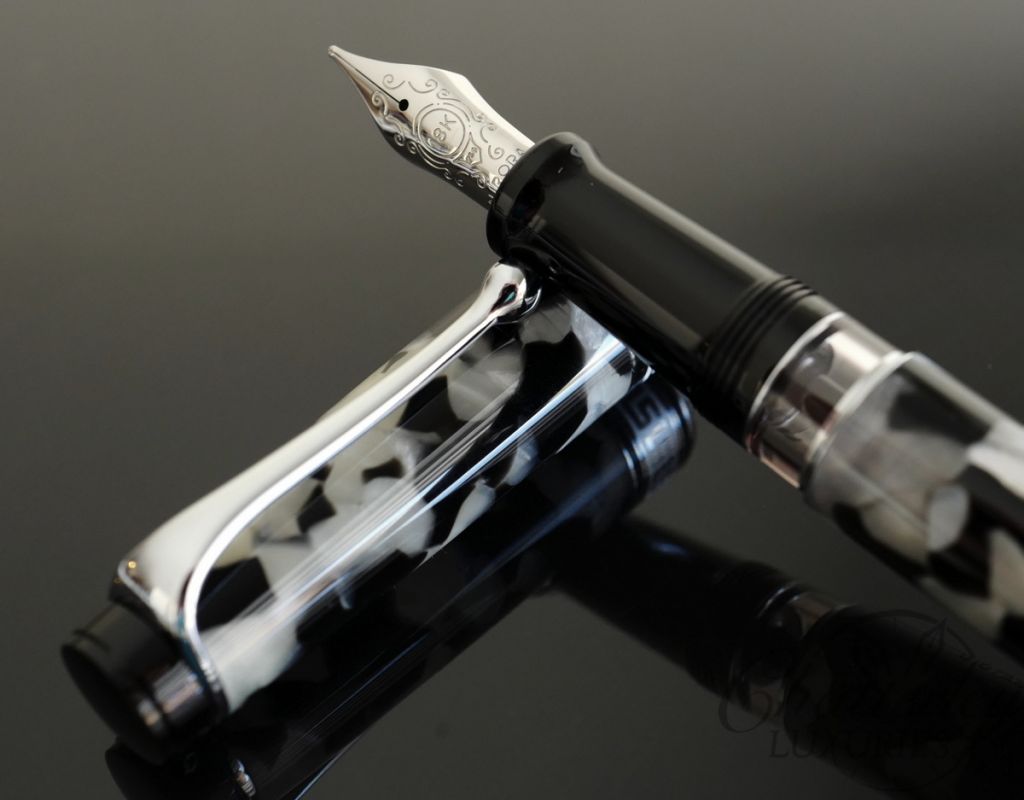 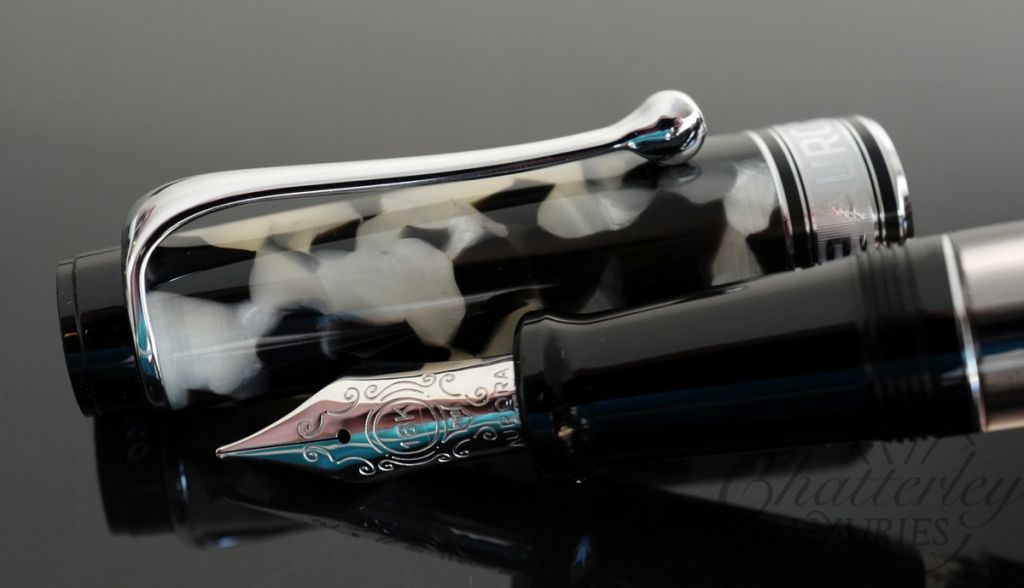 This is the home of Aurora Pens and its owner Cesare Verona, who personally commissioned to create it.
Inspired by the beauty that surrounds and pulses through this historic city, Cesare created the Monviso to represent its iconic features.
The base of the barrel is sharp, dense black to represent the black granite stone of Monviso with contrasting white snow speckled across it.  Then, a layer of smoky wisps of fog that rise from the great Po River, the source of which is found at the base of the great peak.
The nib is the highest quality 18 K, individually examined for perfection. And finally, the limited number of 360 for each degree of the 360° panorama.  Representing 360 degrees of beauty surrounding the city of Torino, the pen is limited to 360 production units.
MSRP $795