This pen is lovingly used and a fairly rare pen. These pens were made with the first Palladium nibs. This edition was released prior to the Homo sapiens (which is when the 23k PD was released worldwide). This pen is great condition with normal light marks from light use. It has a Broad nib that has been ground to an Italic. Comes with box and papers. 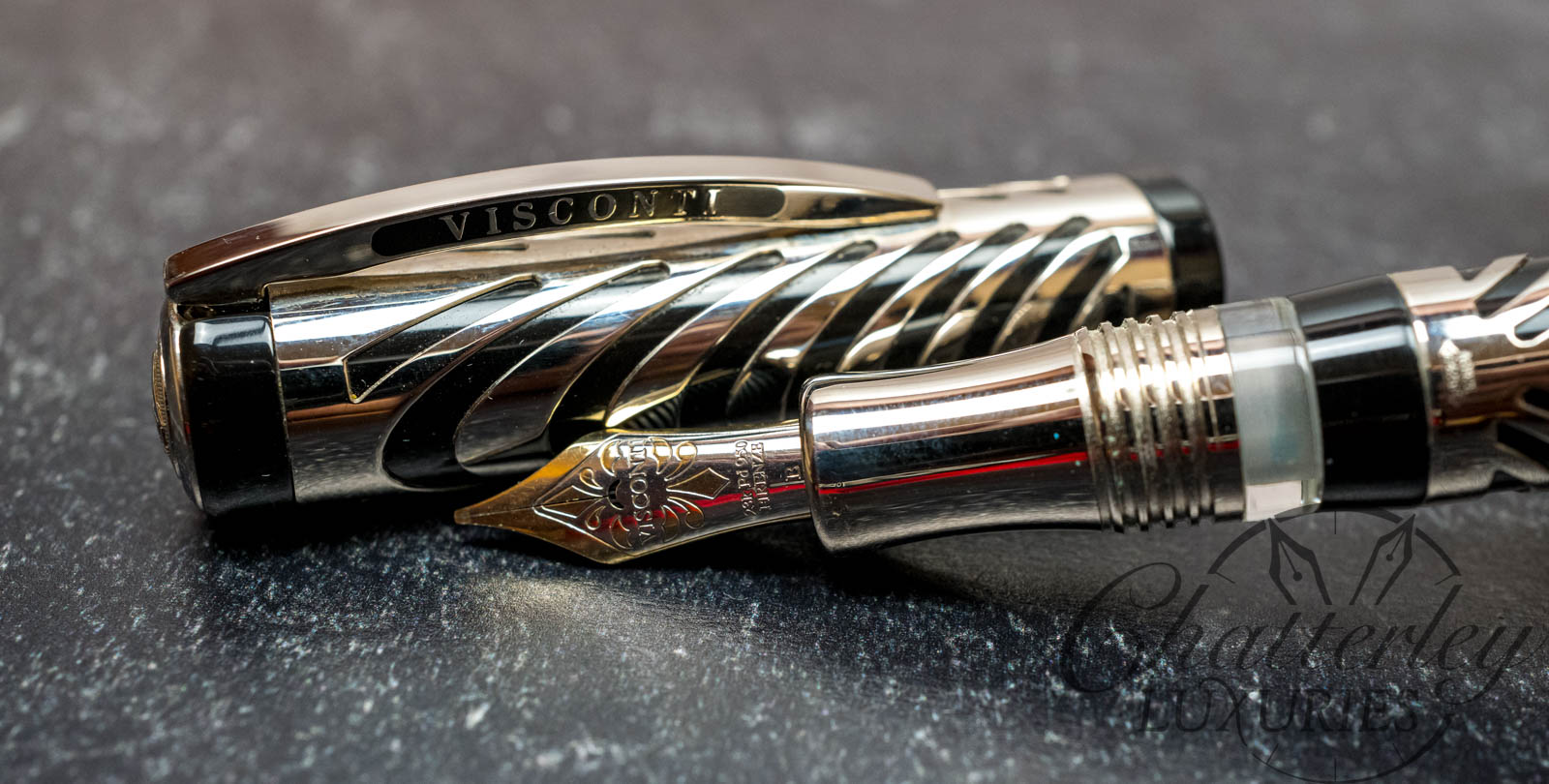 Made specifically for Pen Time and Chatterley Pens in quantities of 25 pieces per pen. A true Limited Edition They come with 23k Palladium nibs. A brand new revolutionary type of nib patented and created by Visconti, and was released on this pen a few months before they were available on any other pen.

These pens are made in the highest quality and come with Viscontis Double Reservoir Power filler.

Each pen comes with a large Burwood box.

The Silver and Clear is completely sold out. I do have a few Silver and Black left.