This pen was released from the Vault. Brand new, complete with box and papers and a Fine nib.

When we visited Naples Italy in mid 2015 we had one goal in mind. To create a Beautiful Limited Edition with Celluloid and a Gold nib that could priced attractively. This celluloid was begging to be used. The diameter was smaller than usual, so it could not be used for an oversized or large pen. So we decided to create a smaller pen (than what we normally create).

The Lapis Blue Celluloid is one of the best celluloids out there. Its been used a few times by a few brands, but its not been used by Delta yet, and we jumped at the opportunity. The Slim sized shows the Celluloid amazingly and both gold and silver trim compliment it.

For our Chatterley 10 year celebration we have done 10 in Sterling Silver with Rhodium plating and 10 in Gold Vermeil trim. Nibs available are Extra Fine, Fine Medium, Broad and Stub.

This pen is filled via reliable Cartridge Converter and uses bottled ink or Cartridge. The pen comes with the Converter. 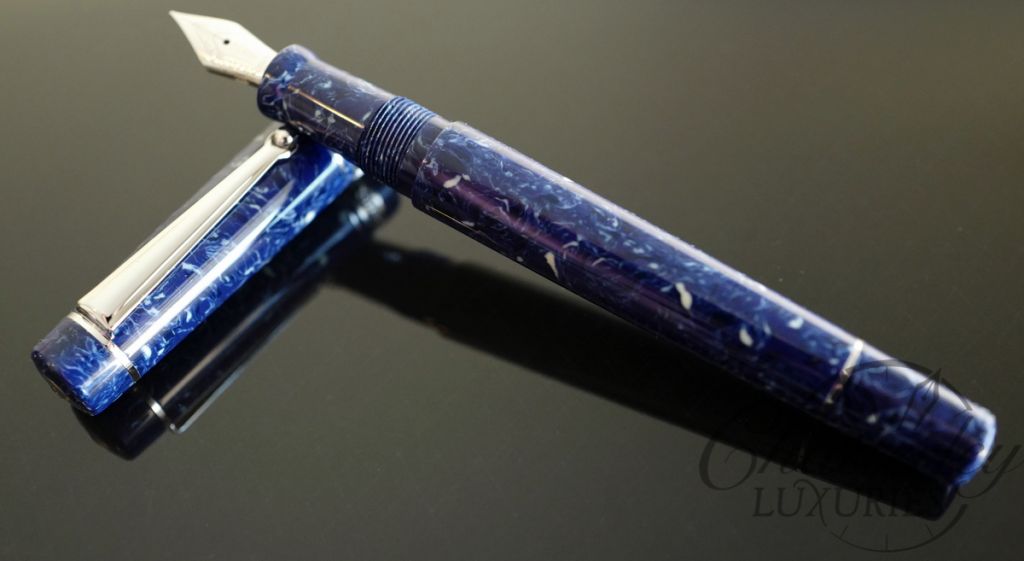 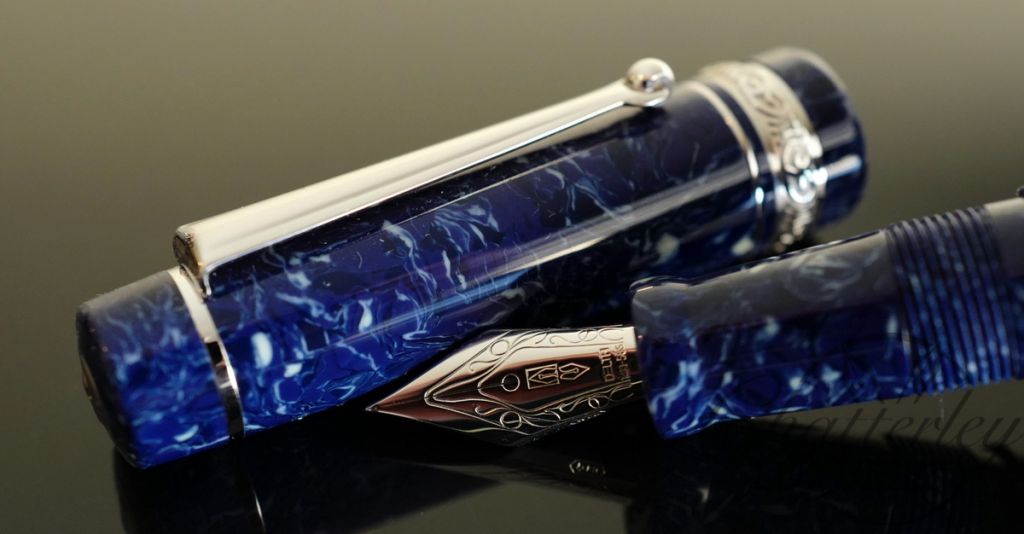 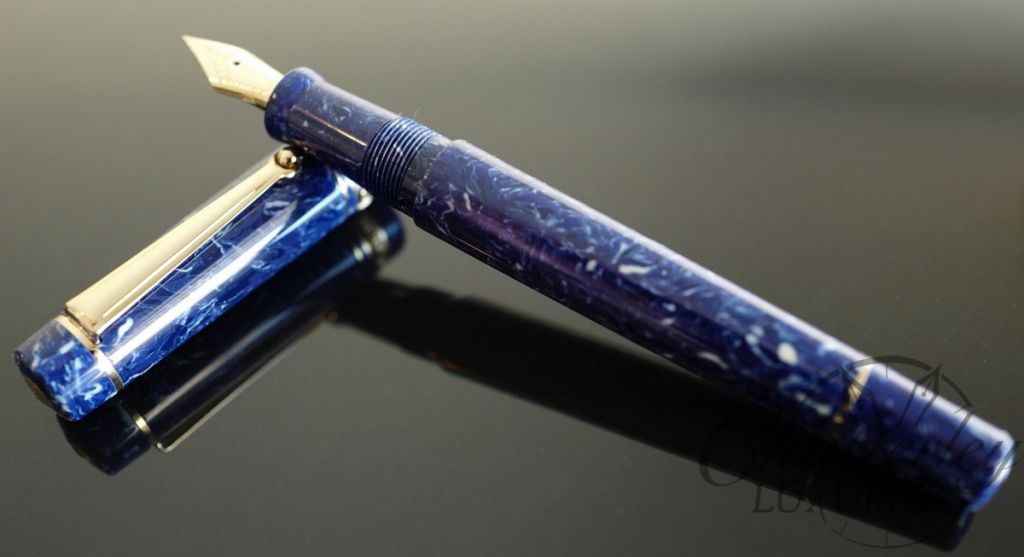 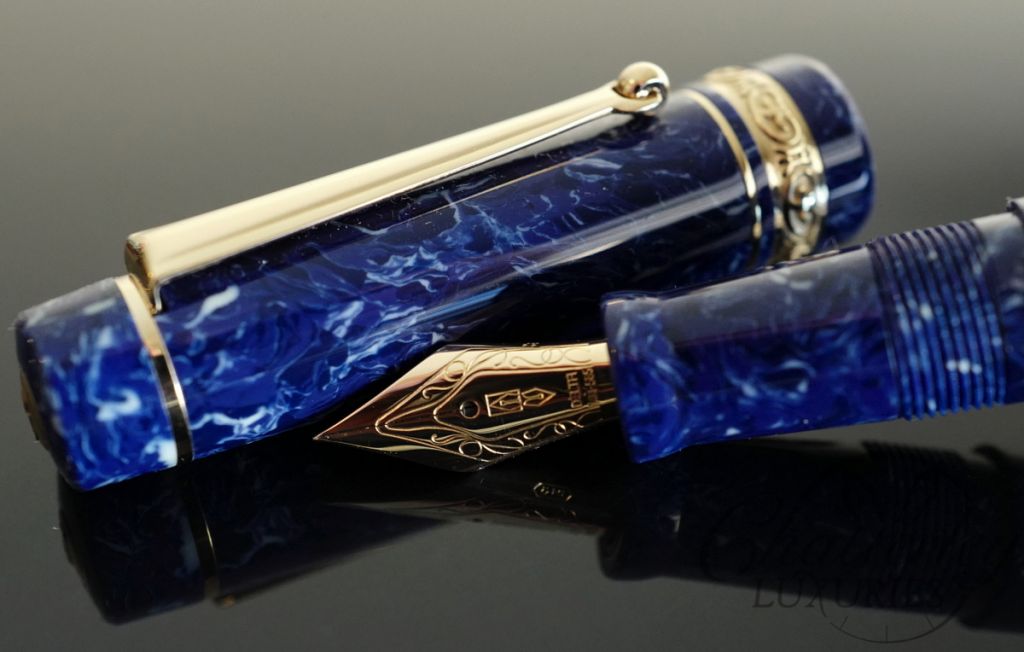