This pen has been lovingly used.  It does not come with box or papers.  It is equipped with an 18k Fine nib. 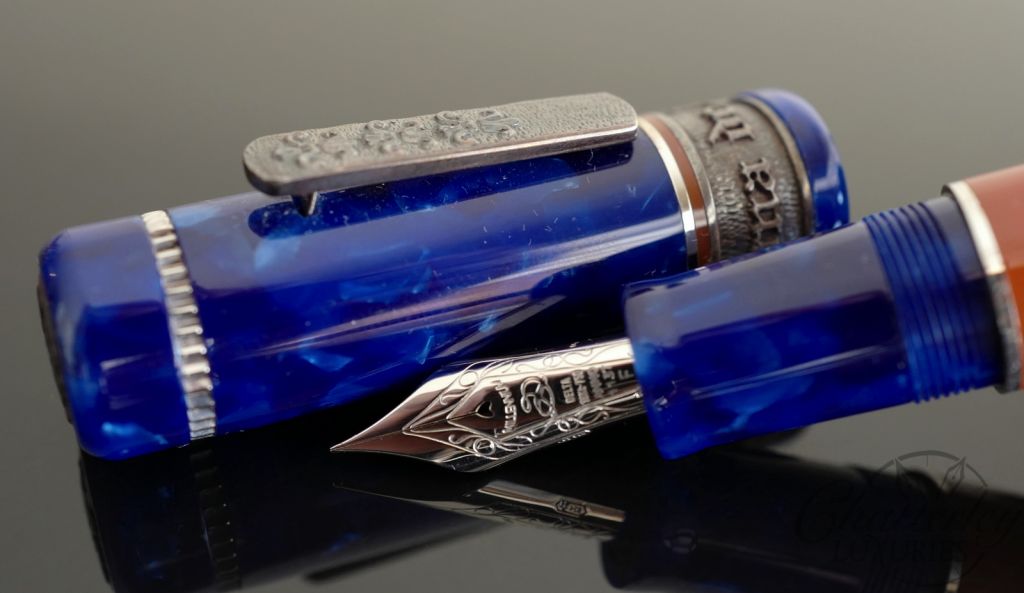 In 1134 A.D. Alfonso I “The Belligerent” King of Aragon and Navarre died without descendants. His reign was left to two military orders. The Aragon people rejected the king’s will and made Ramiro, the king’s brother, the successor to the throne. He left his monastery and marries Ines de Poitiers they have a daughter, Petronilla, who is given to marry Ramon Berenguer IV immediately after her birth.

Following the same example, the Navarre also tried to install their own king and so the two kingdoms became divided. Aragon and Catalan began their common destiny. The succeeding centuries saw great battles as well as a wide variety of alliances. These led to the eventual formation of Greece, Germany, Italy, France, and Spain.

The territories of the Corona were eventually made part of Spain but maintained their own, distinct, personality; standing on their own laws. In 1716, Filippo V removed the Corona’s autonomy by decree. The opposition and all servers to the crown of Aragon were punished and six centuries of history came to an end.