This pen has been lovingly used.  It comes complete with its box and is equipped with an 18c Medium nib.  It fills via cartridge convertor. 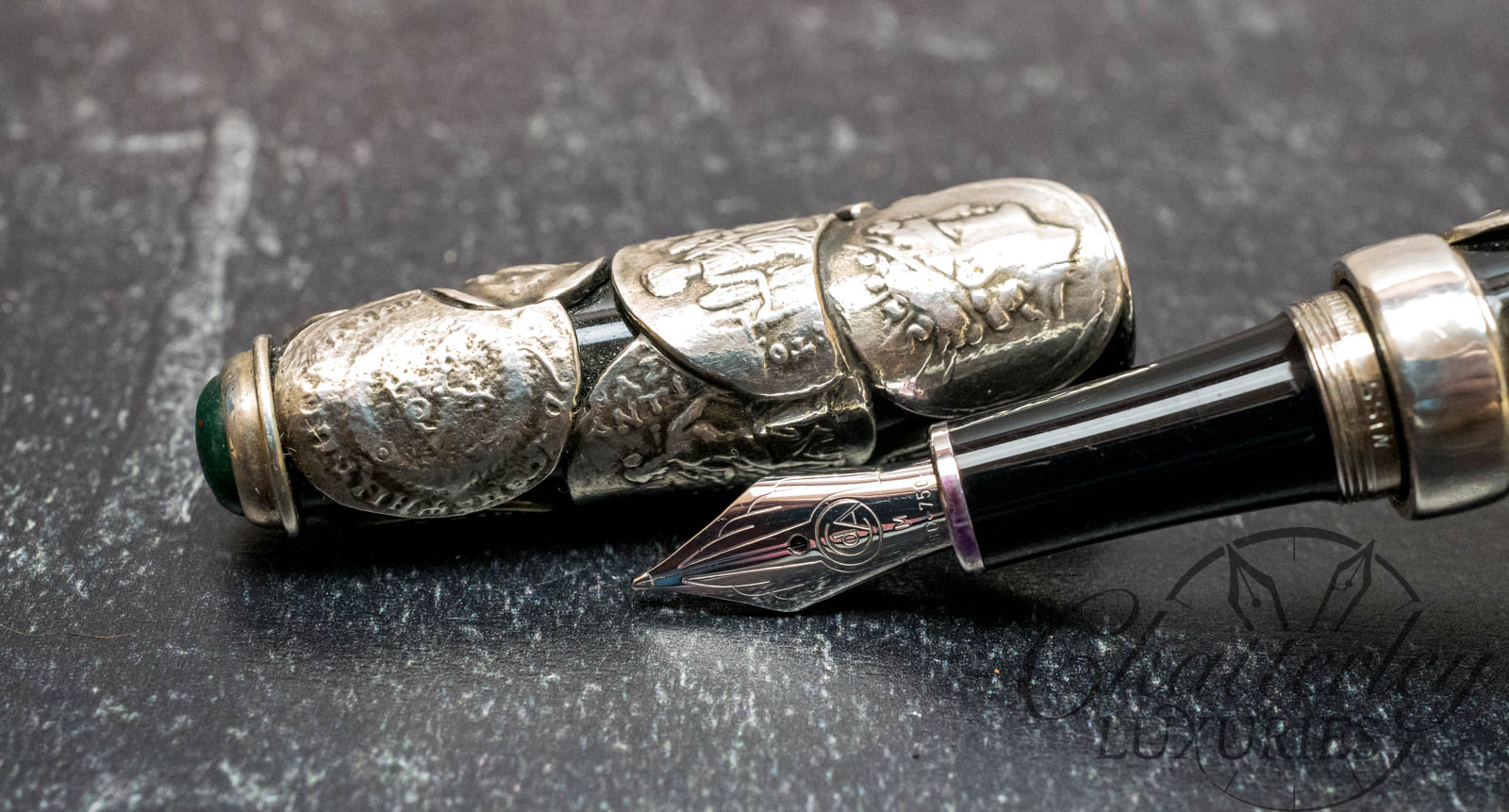 This Sterling Silver overlay pen was designed by Swiss artist/jeweler Edouard Jud and commissioned by Caran d’Ache.  The mold of  jacket/overlay was made from a batch of Roman and Greek coins he won from an auction once. The cap finial is a natural blood stone (green with orange streaks). Base pen is a Caran d’Ache Geneve model.