Limited to only 88 pens. By popular request, this pen unlike any of the other Arman pens does not have a large cut out on front or back. It has the slashes on both sides. Making it not only more comfortable to hold as an every day, but also ascetically appealing and balanced.

The pen is Aluminum with a Black finish on it including the clip and nib. 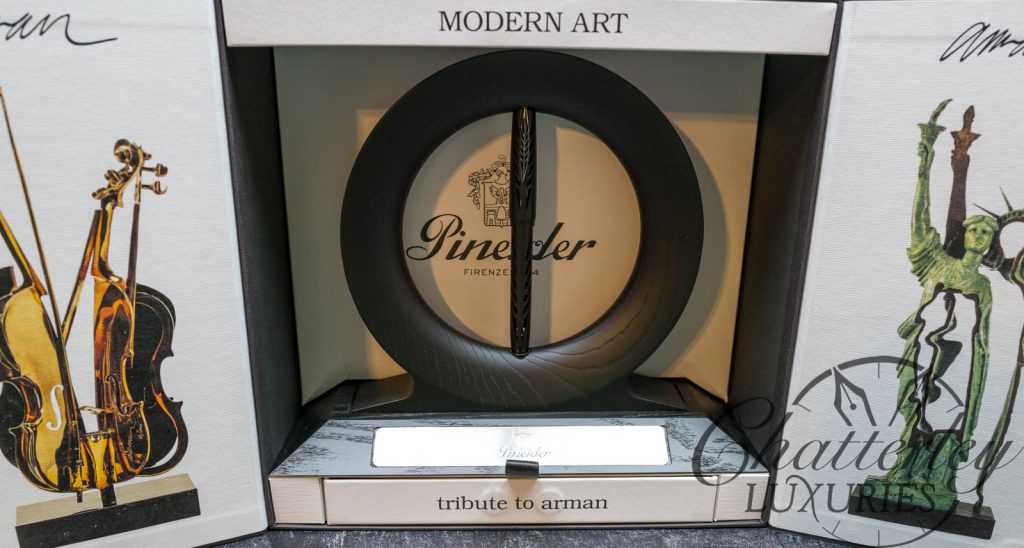 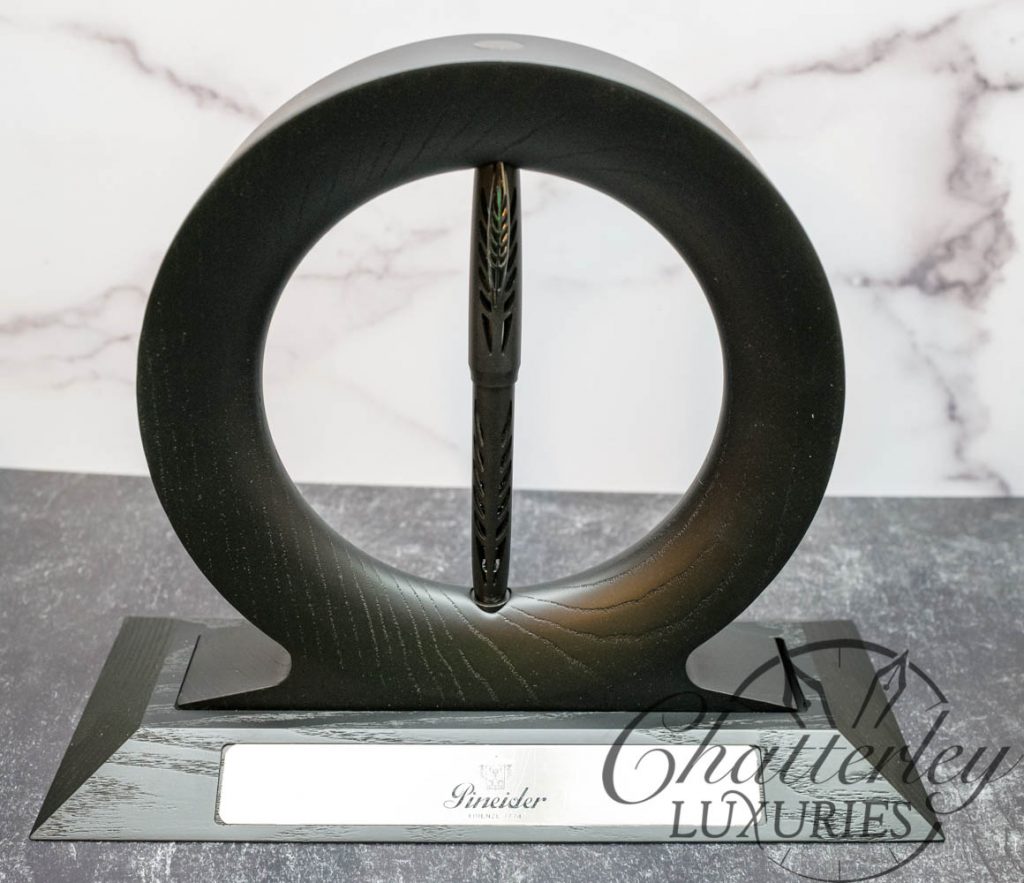 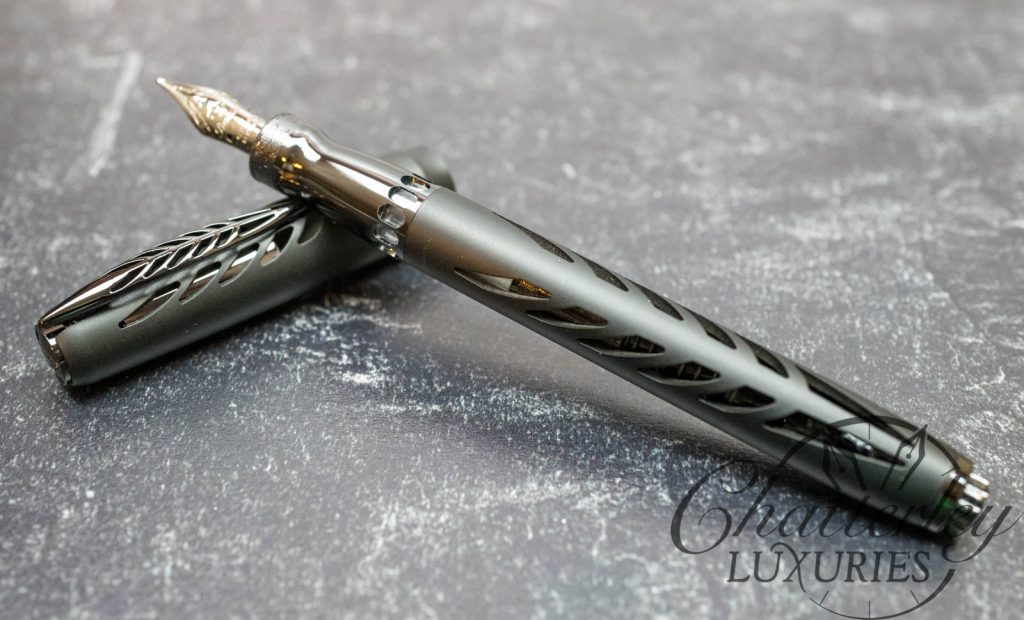 The fountain pens inspired by Arman’s art are the product of a search for new forms of expression in an effort to innovate writing with an objet d’art tracing the history of writing in parallel with modern art and with the French artist’s creativity. Like Arman’s objects, so our fountain pens tell the story of man through the creation of everyday items, using the concepts of multiple slashes and of accumulations constantly intersecting.