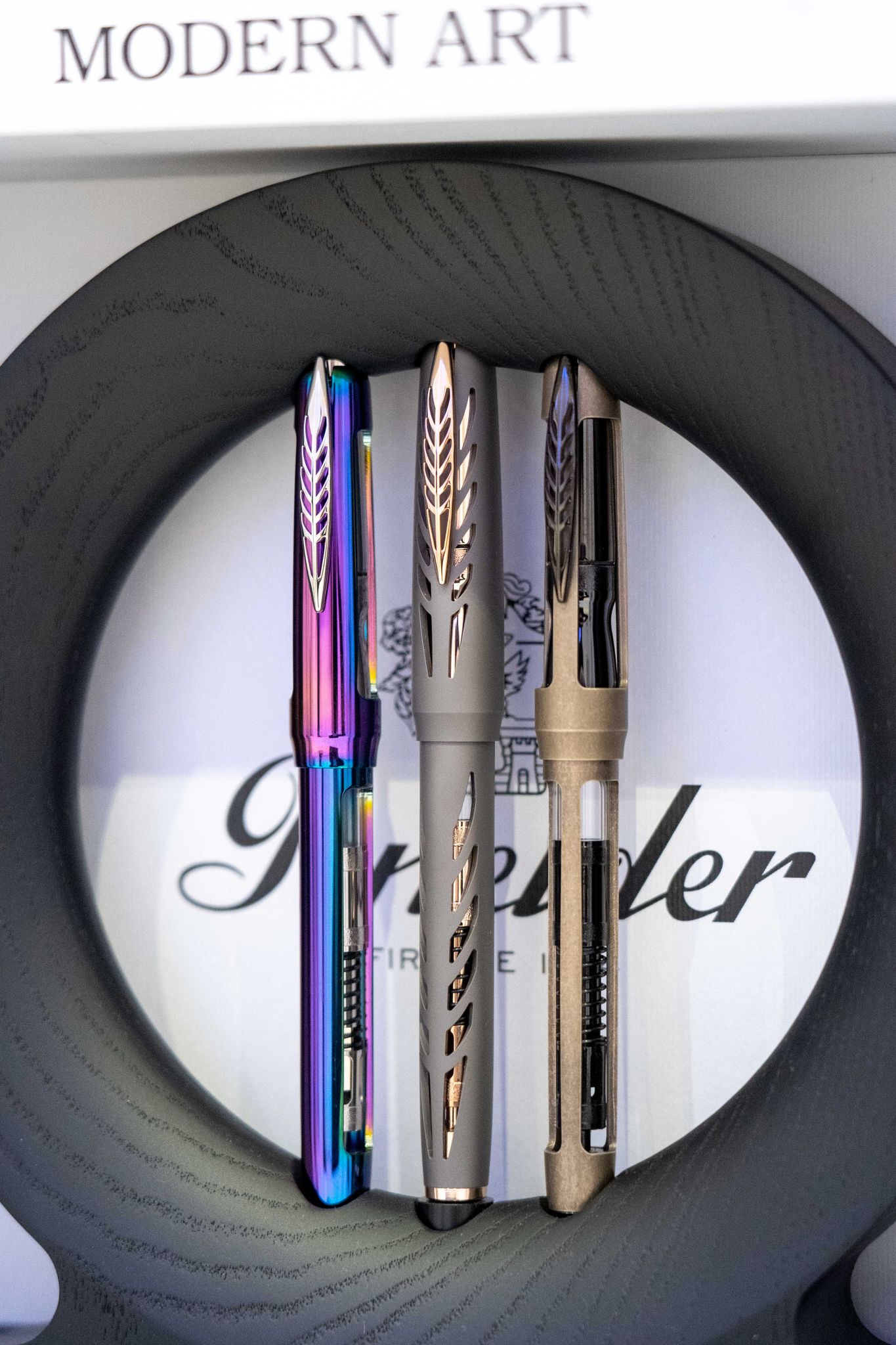 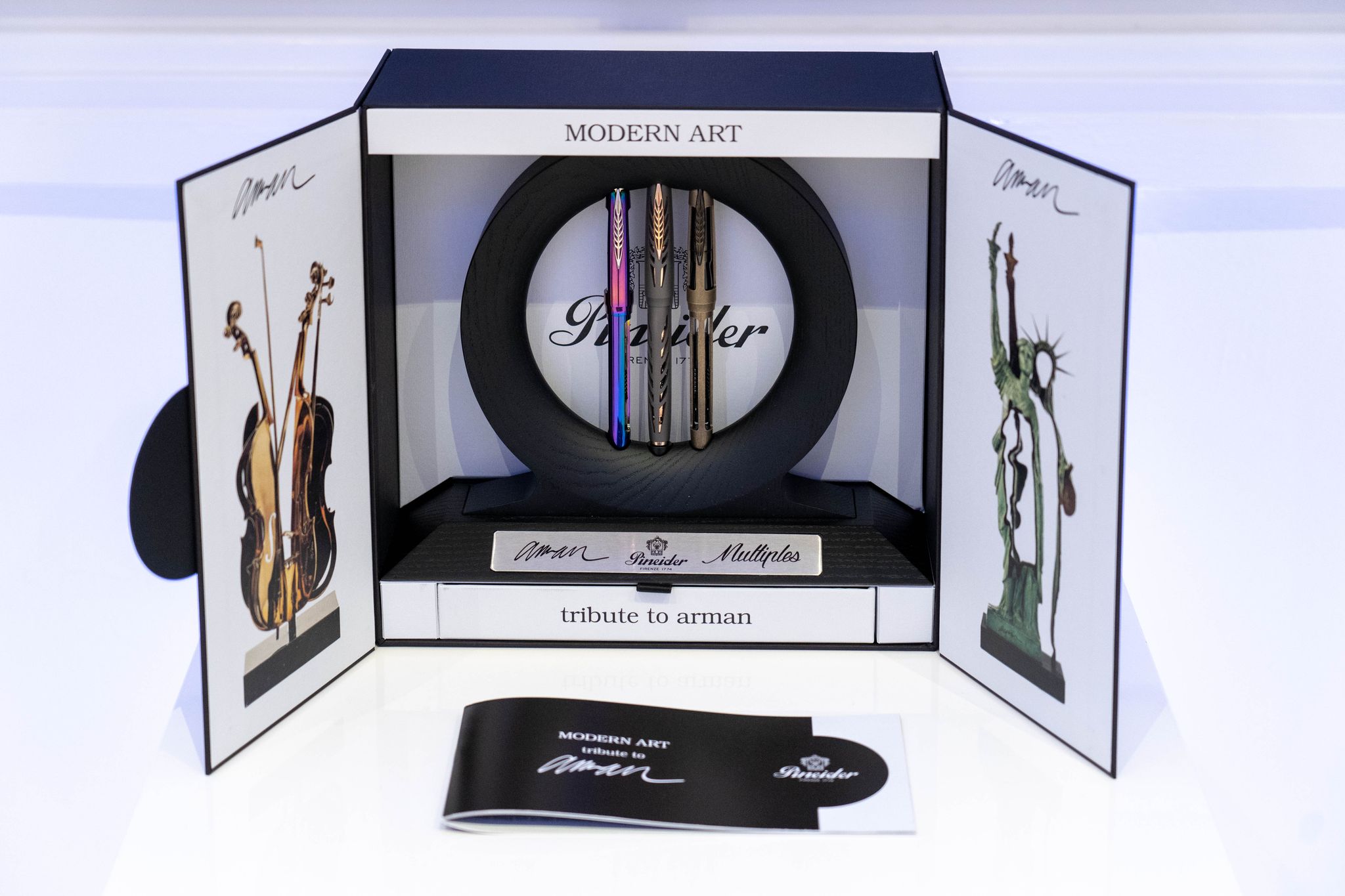 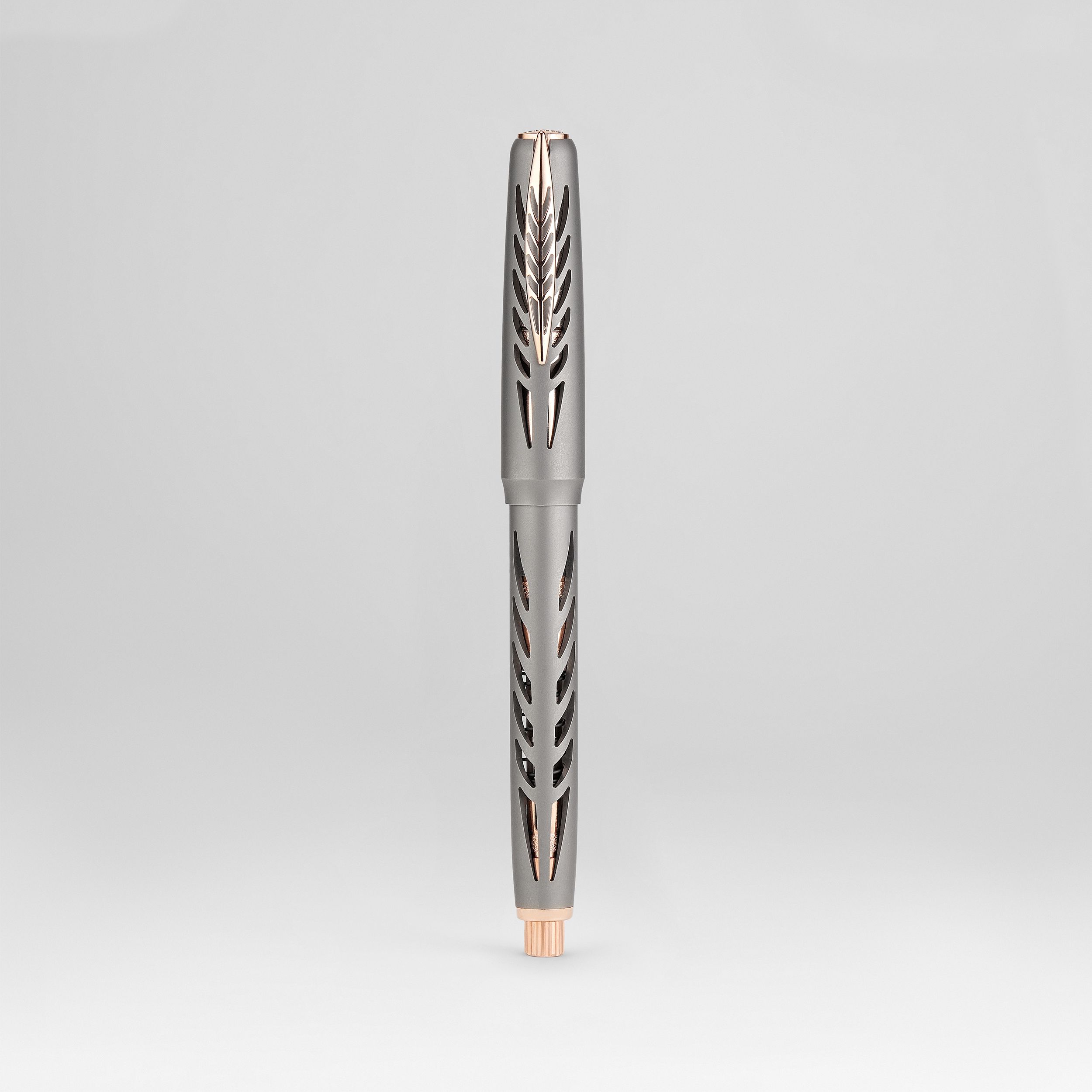 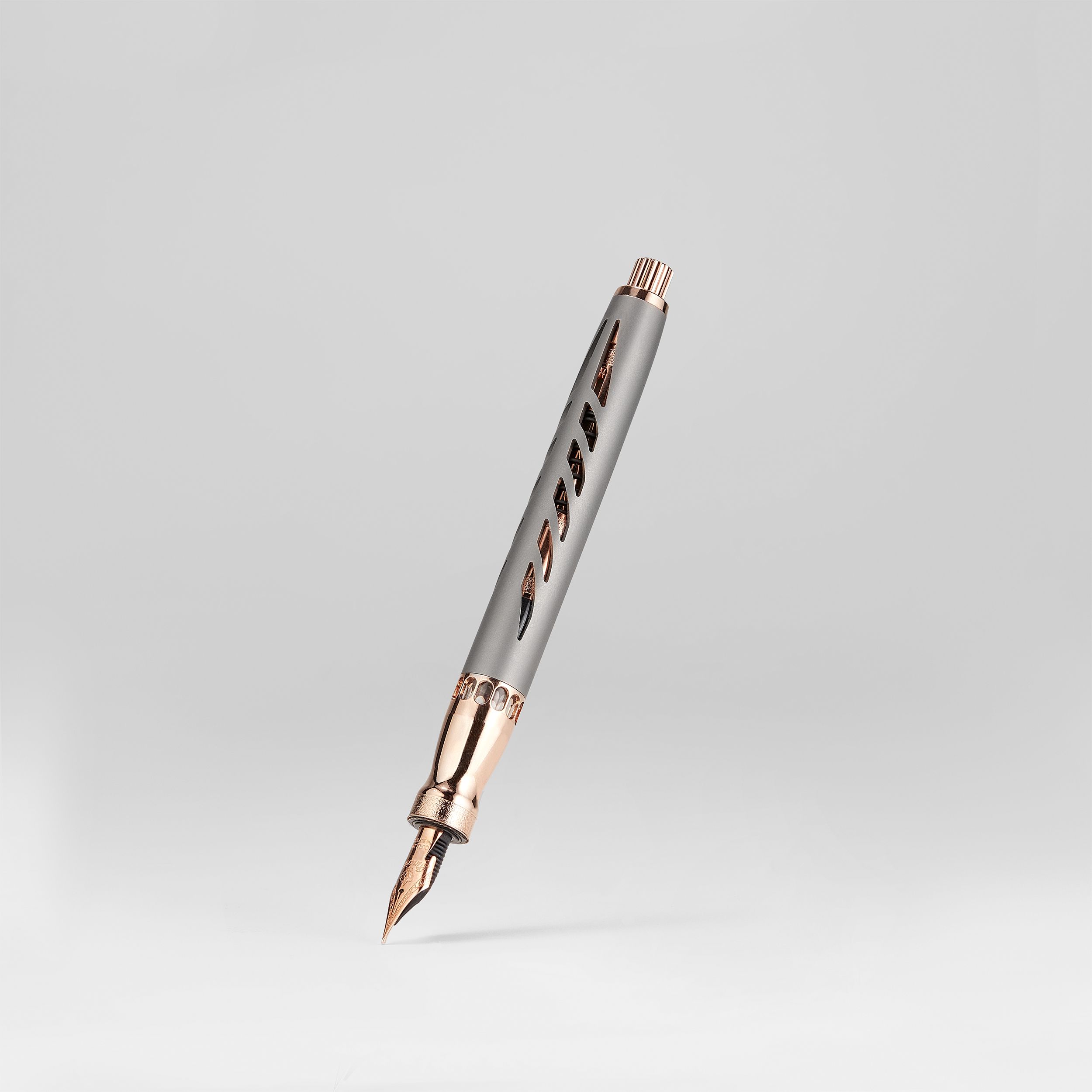 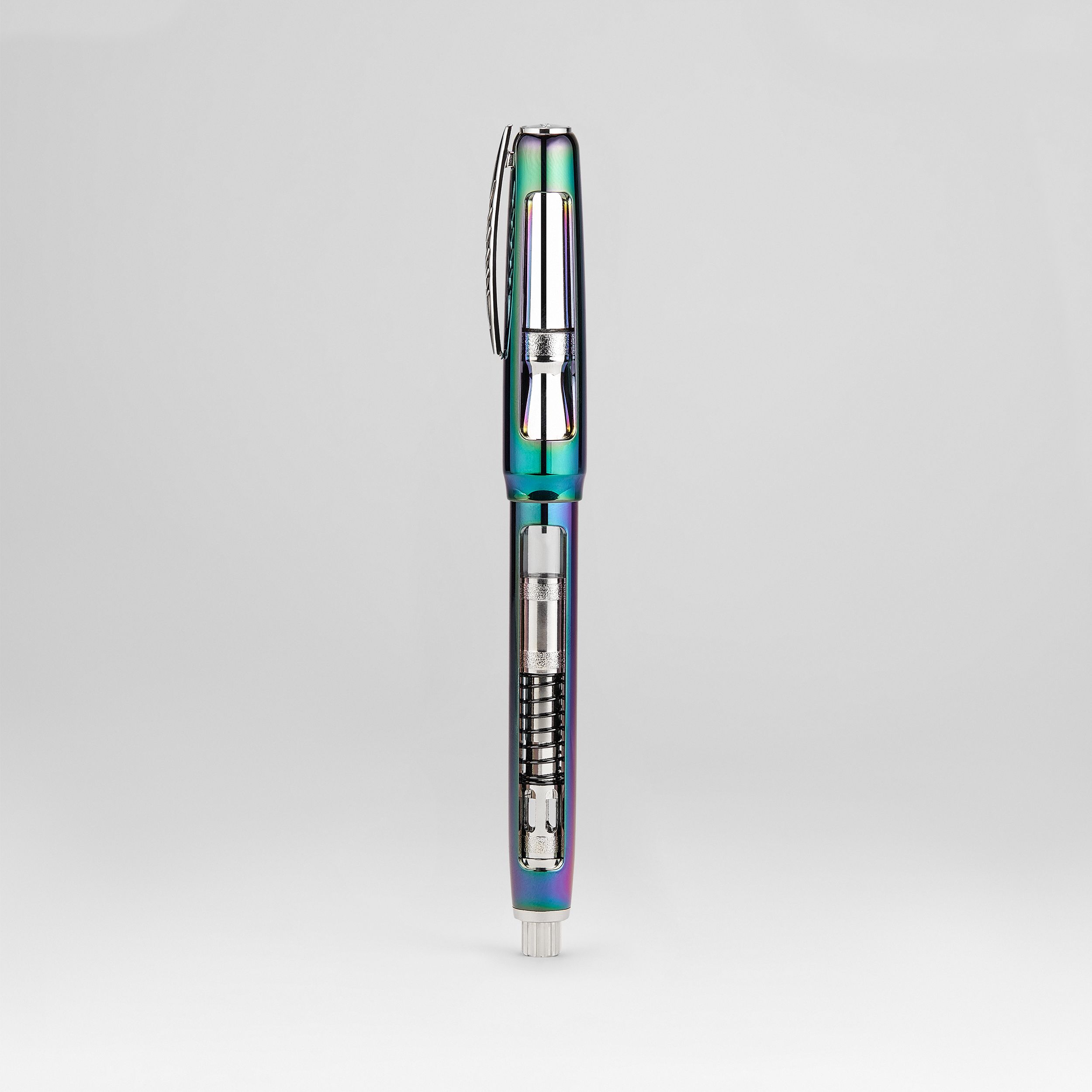 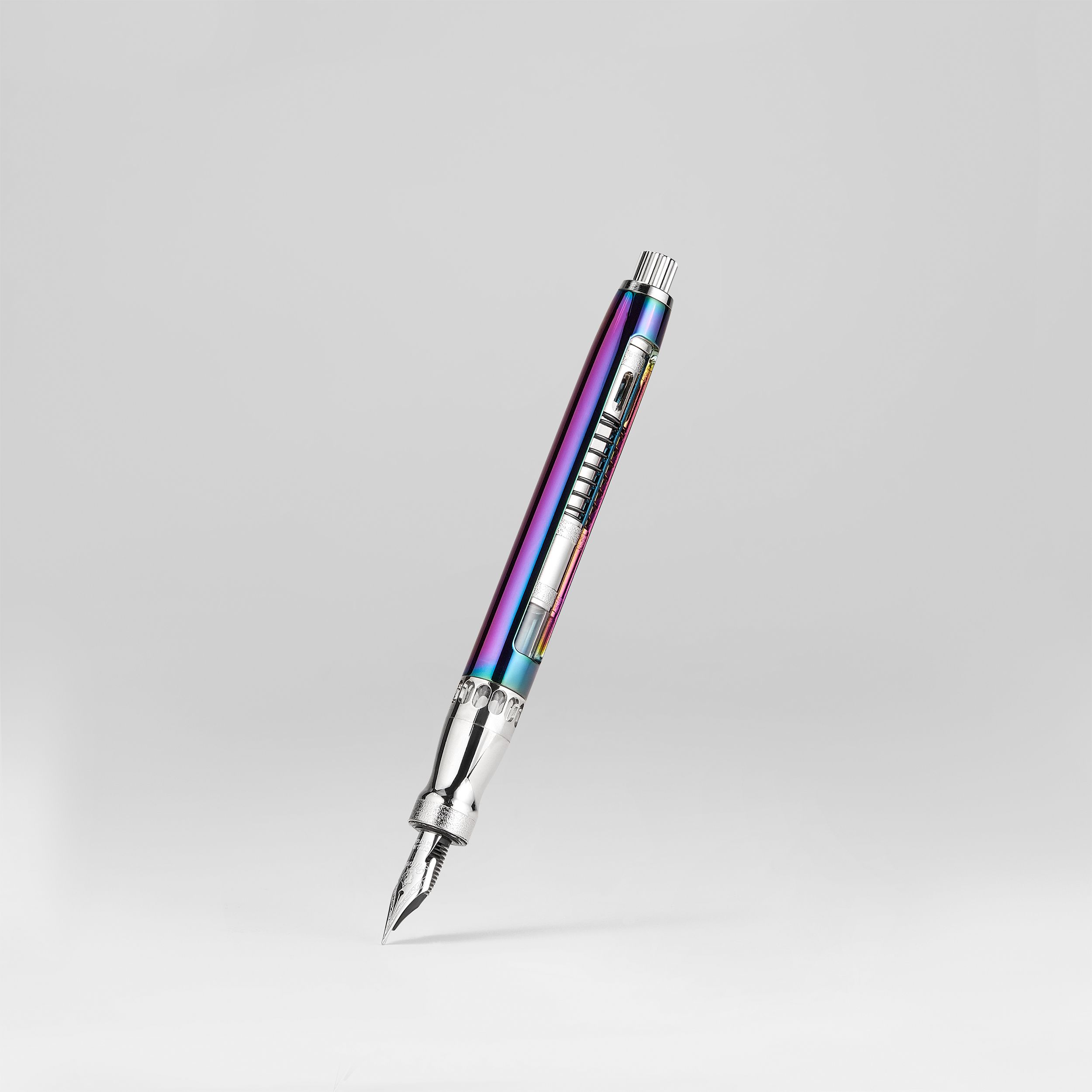 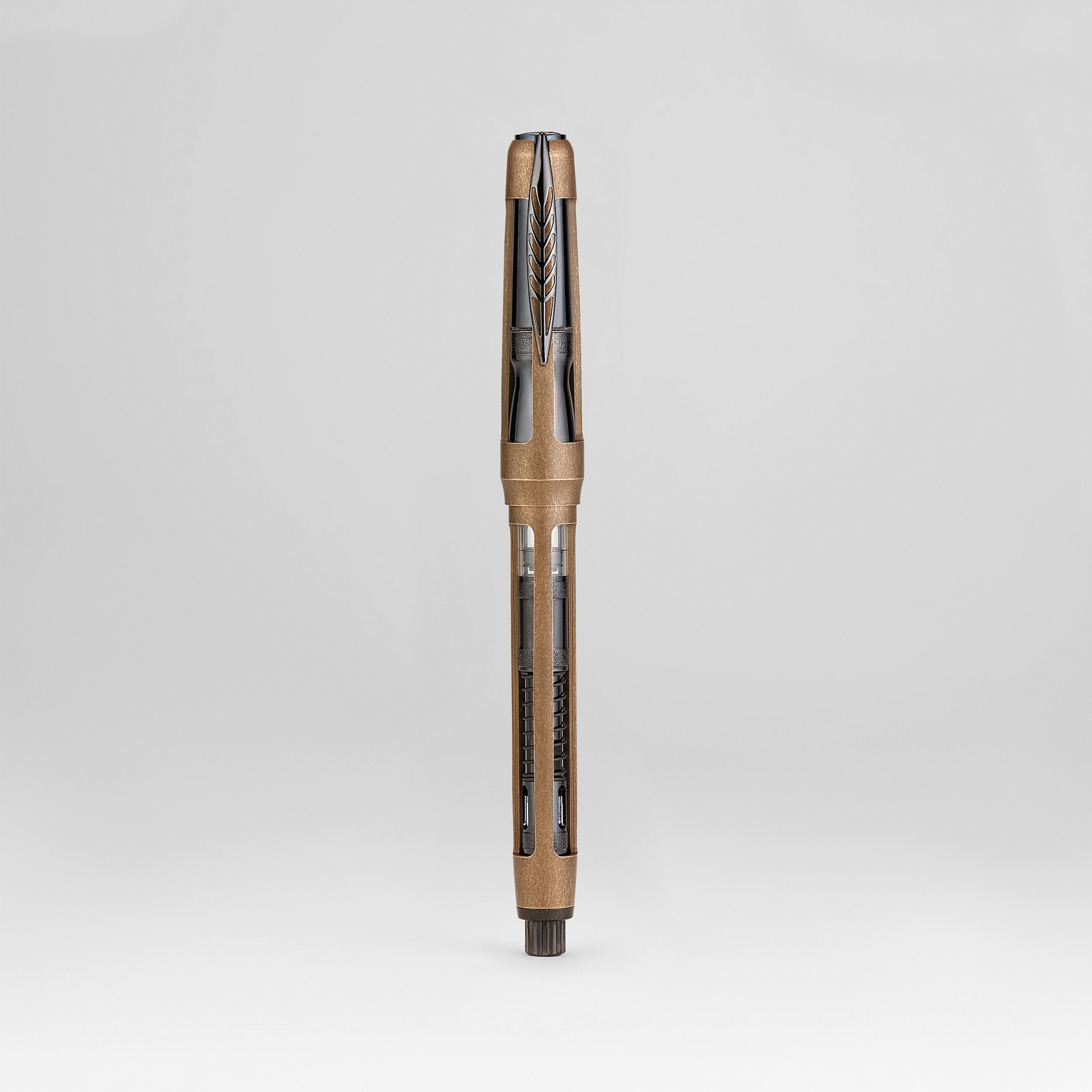 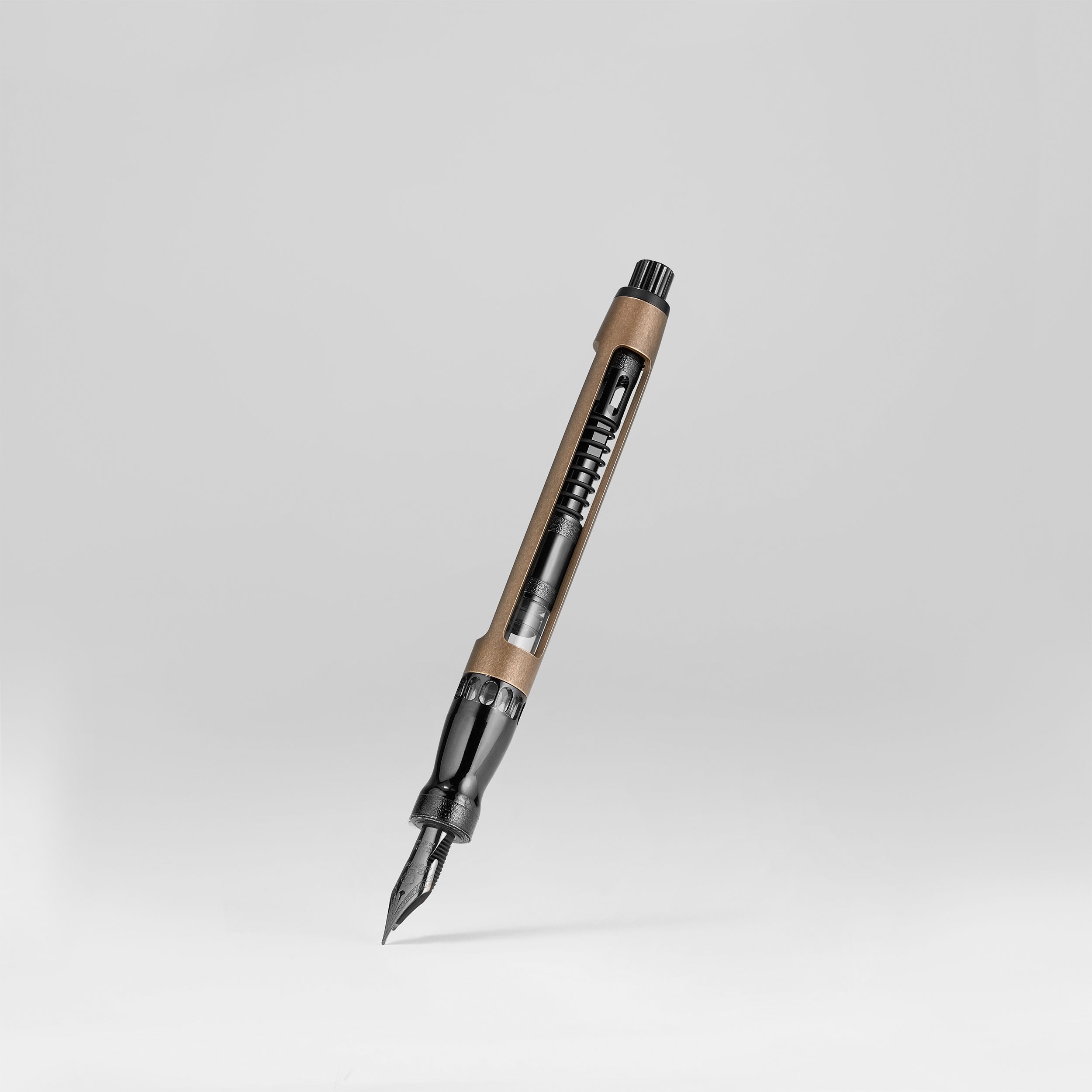 The fountain pens inspired by Arman’s art are the product of a search for new forms of expression in an effort to innovate writing with an objet d’art tracing the history of writing in parallel with modern art and with the French artist’s creativity. Like Arman’s objects, so our fountain pens tell the story of man through the creation of everyday items, using the concepts of multiple slashes and of accumulations constantly intersecting in the three models.

Night & Day has two continues apertures, giving the pen an exaggeratedly sliced look, the entire mechanism virtually coming into contact with the writer’s hand in what I would call a very “Arman” concept of a pen.

Trilogy encapsulates the concept of slices and multiples by repeating the slicing motif every 120 degrees and thus generating a multiple, symbolizing accumulation and repetition.

The third pen, Doppler, encapsulates the two concepts and extends them to the clip, whose motif is repeated on both cap and barrel, offering an impression of obsessive and continuous repetition.