This pen is equipped with a Medium nib and has been filled and used before. It is in excellent condition with no signs of wear. Also it comes complete with the box, outer box and paperwork.

The Special Theme Edition Year of the Golden Dragon, in which European writing culture is combined with Far-Eastern tradition, acknowledges Asia’s cultural and artistic contribution.

With both Limited Editions, the golden dragon is a central element of the pens: on Limited Edition 2000, it comes in the form of a 750 solid gold clip and the cap, which, like the barrel, is made of black precious resin. The dragon’s eyes are two glowing rubies, and between its teeth it holds a precious cultivated freshwater pearl. 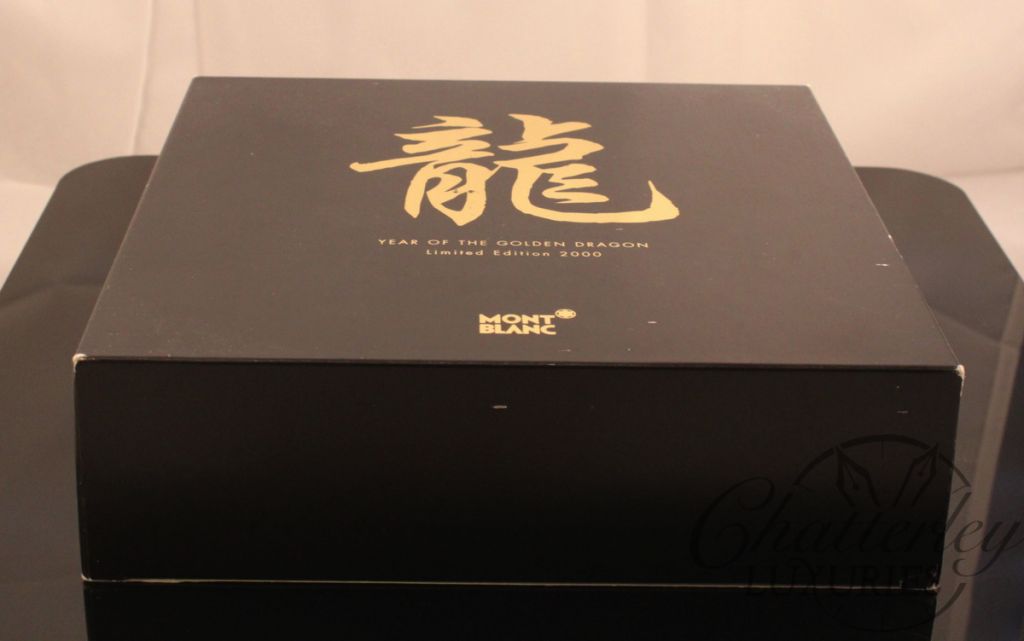 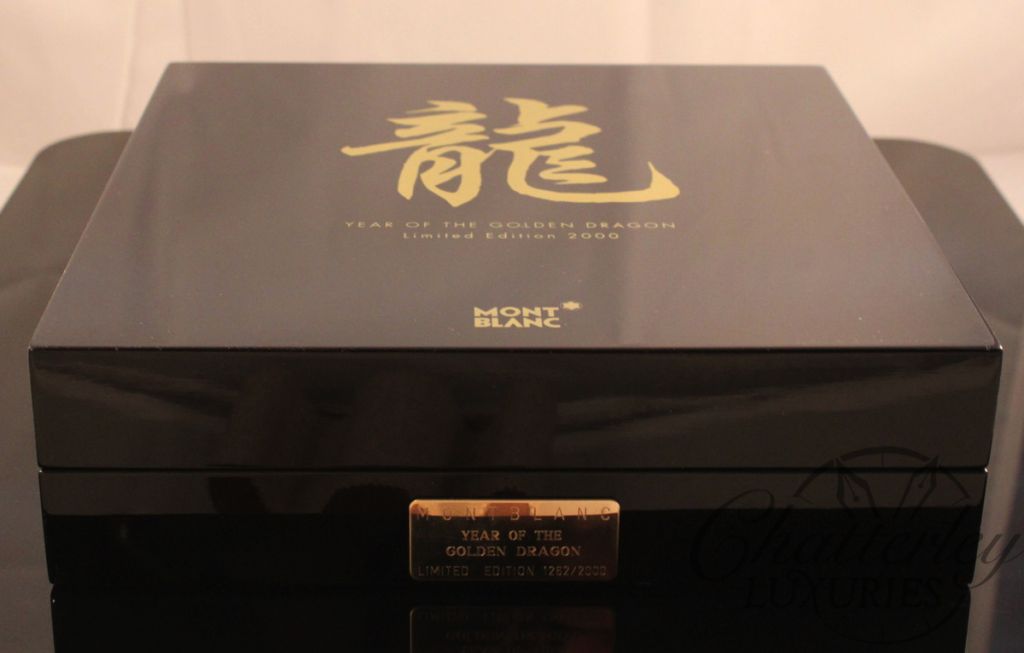 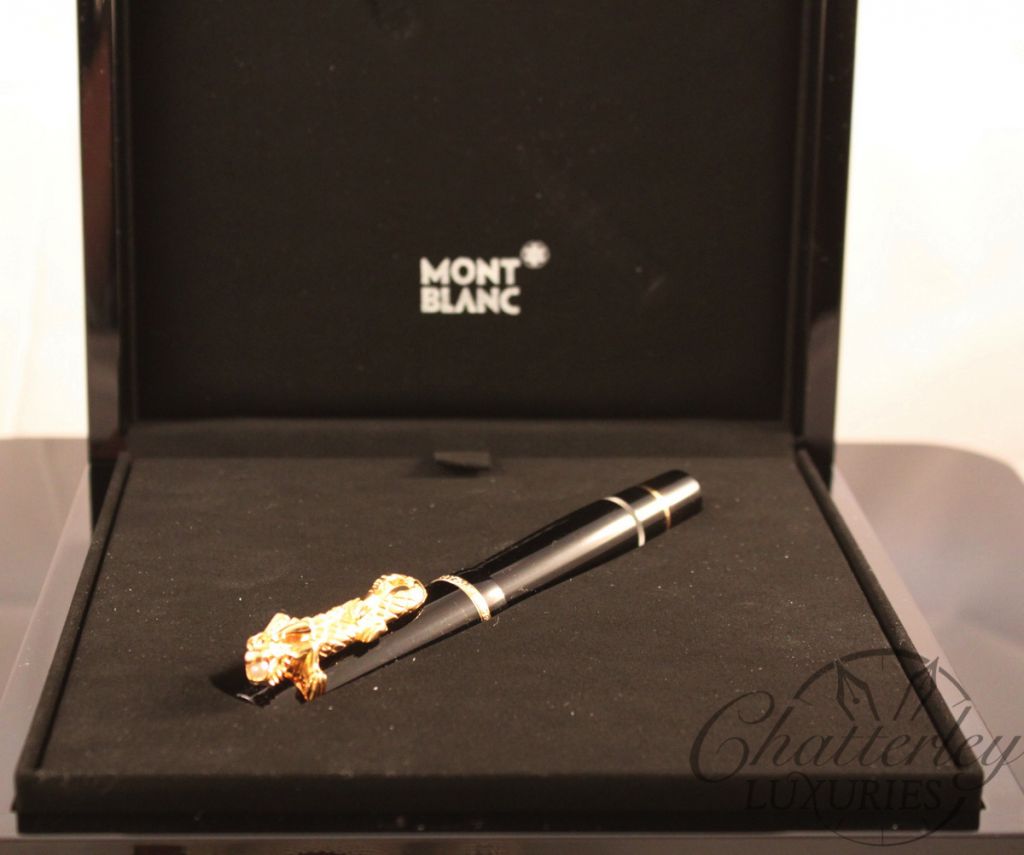 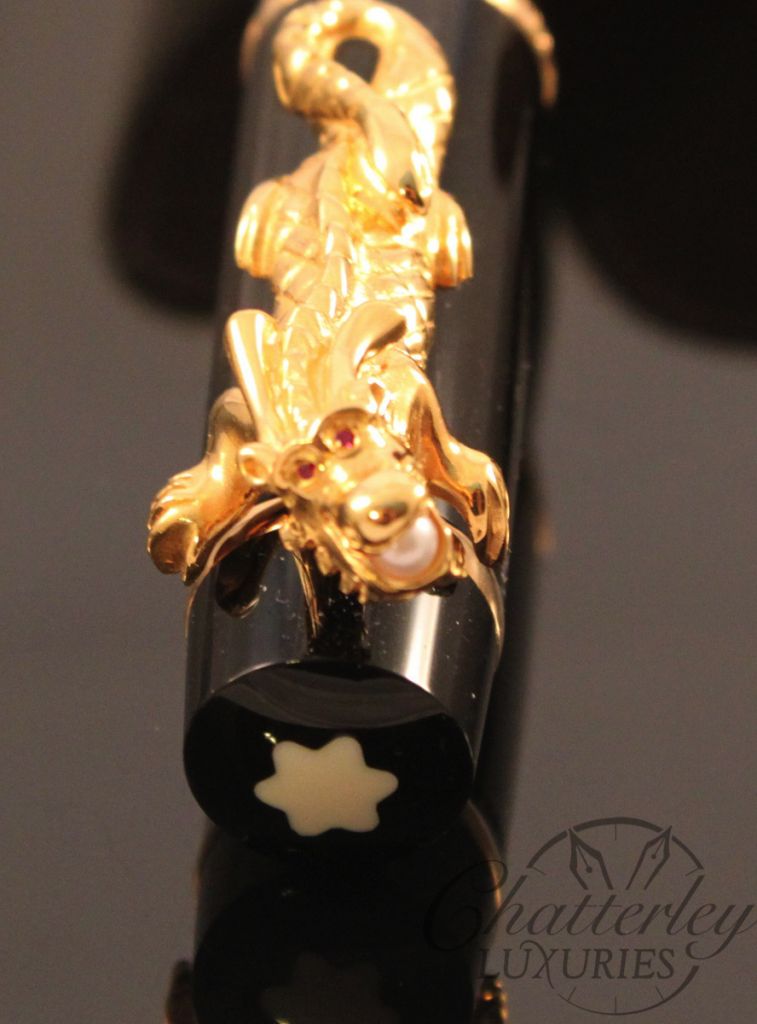 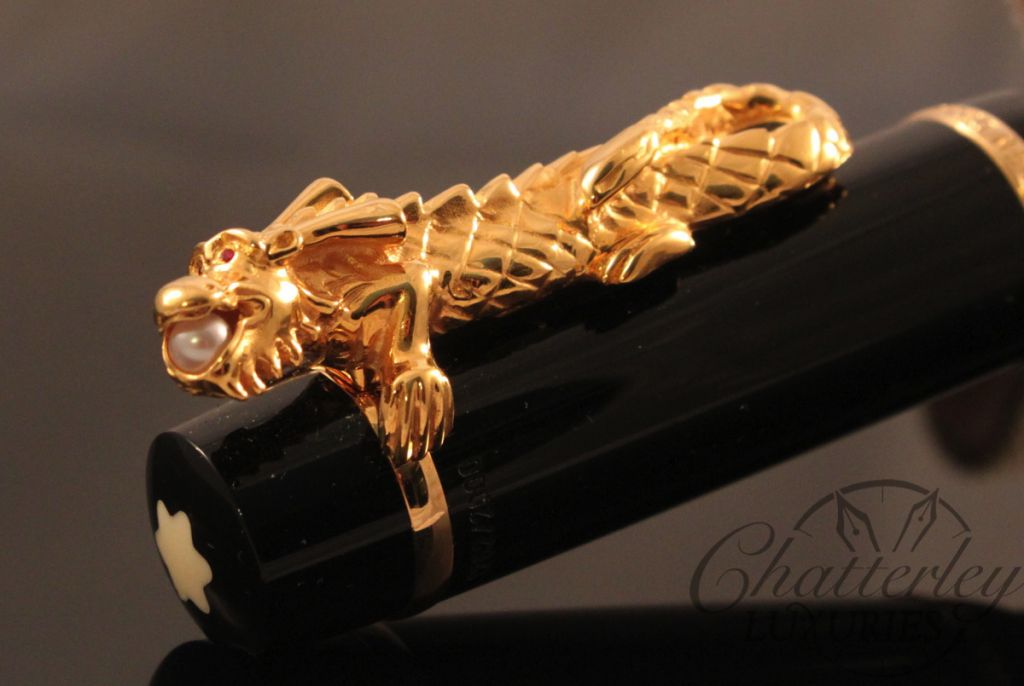 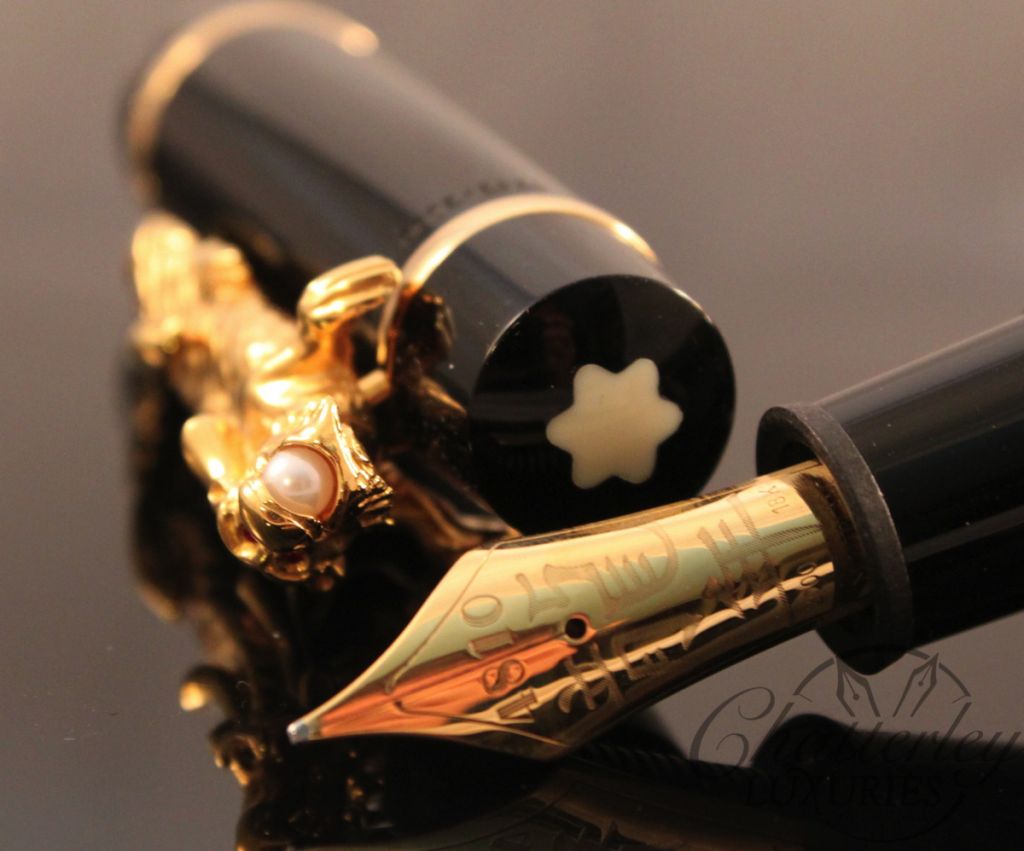 Asia is home to some of the oldest cultures, which have also had a considerable influence on the Western world. Philosophy, medicine and astronomy, the calendar and paper and ink were part of everyday life in Asia long before they came to Europe. And as in the Western world, the year 2000 had a very special significance in Asia, particularly for the Chinese horoscope: it was the Year of the Golden Dragon, a sign that occurs only once every 60 years and promises all those born under it magical powers and happiness.