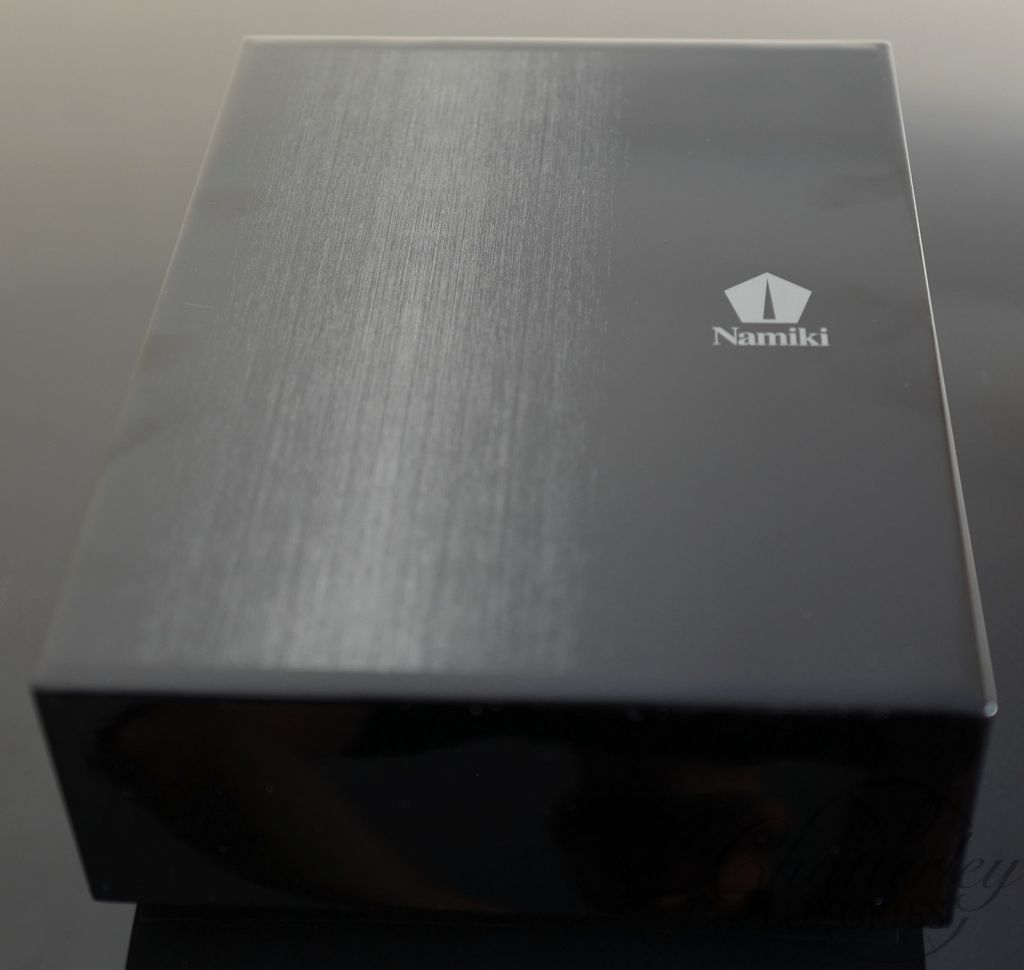 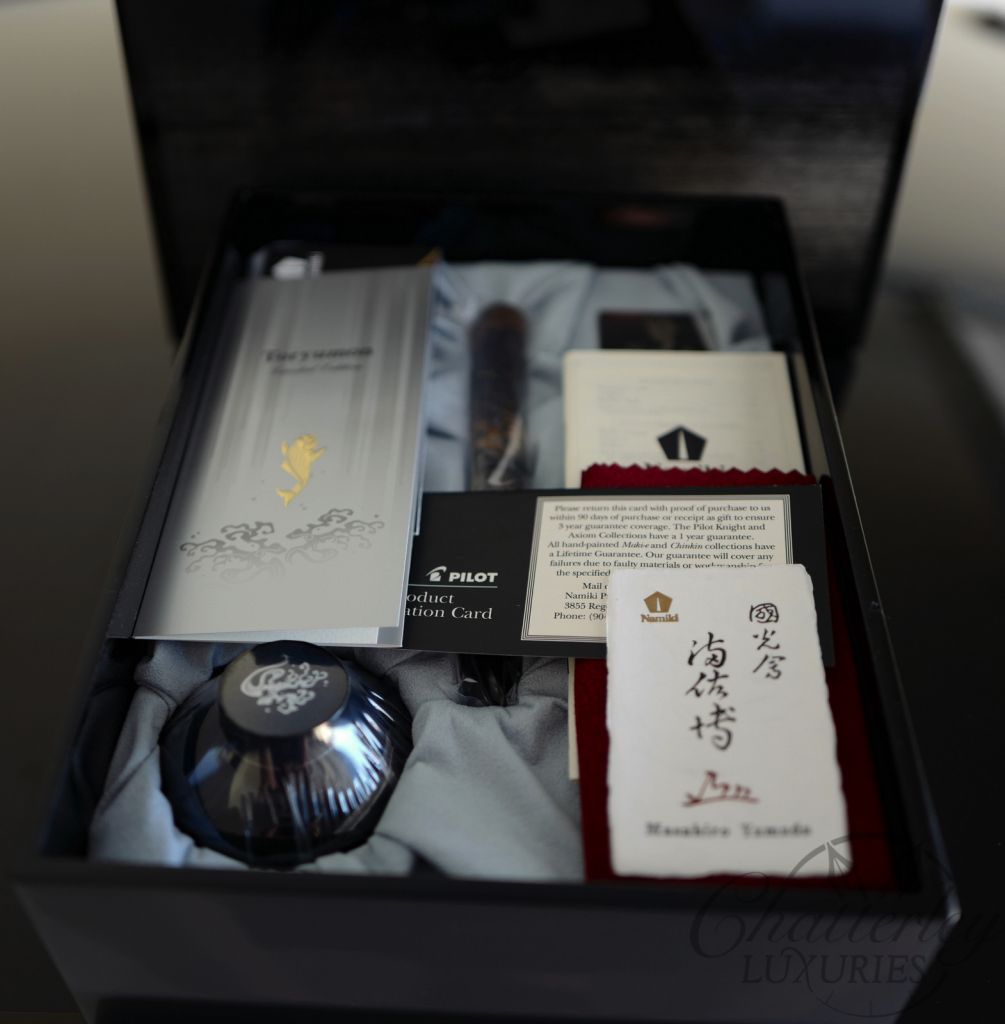 The rapids in a gorge that cuts through the Longmen Mountains in the upper reaches of the Yellow River in China have been called “Longmen” (Dragon’s Gate) since time immemorial. Legend has it that a fish that swam up through these rapids, was transformed into a dragon and ascended to heaven. This written episode gave rise to the expression “climbing the Dragon’s Gate” (“Toryumon” in Japanese). Even today, the story remains widely known as a tale, with a basis in historical fact, about overcoming difficult hurdles that lead to success even when beset with adversity.

Using Togidashi (Burnished) Maki-e and Taka (Raised) Maki-e techniques, we have depicted on the barrel of the pen each of the carp that have yet to climb the rapids quietly swimming in tranquil waters. The cherry blossom petals on the dazzling surface of the water are subtly expressed by the use of shaped Raden (Mother-of-Pearl), and the ripples caused by carp by gold powder and Togidashi Maki-e.

In contrast with the tranquil scene on the barrel, the front of the fountain pen’s cap, two carp that are transforming into a dragon appear halfway and making intense efforts to climb the rapids are powerfully depicted in Taka Maki-e. On the back of the cap, the seven colours of a rainbow arching over the rapids are expressed in Raden. Thick clouds and part of the body of a dragon peering through a gap in them are shown above the rainbow, depicting a scene that conjures up the spectacle of a carp that has successfully climbed the rapids being dazzlingly transformed into a dragon and ascending to heaven.
In this one fountain pen, we have imbued a belief in a time to come when a target can be achieved and, expressed in the form of carp, depicted in a sumptuous scene of working incredibly hard to that end. We incorporated and depicted the thought that, even if there are seemingly insurmountable hurdles, people who have this fountain pen in their possession will overcome those hurdles and be able to make crucial breakthroughs.

Only 99 of this limited edition have been produced worldwide. The Emperor vest-type pen body has
been decorated with Maki-e by the skilled artisan Masahiro.

A precision 18-karat gold nib with rhodium accent and a superior ink delivery system ensure the
first-class writing quality and long-lasting performance. The fountain pen comes in an exclusive gift
box that is itself graced with a design depicting a waterfall plunging from the sky. Placed inside the
gift box is a serial number plate on which the carp are portrayed. In addition, splashes of rapid flow
of the Yellow River are depicted on a special ink bottle, providing the finishing touch to a wonderful
presentation.