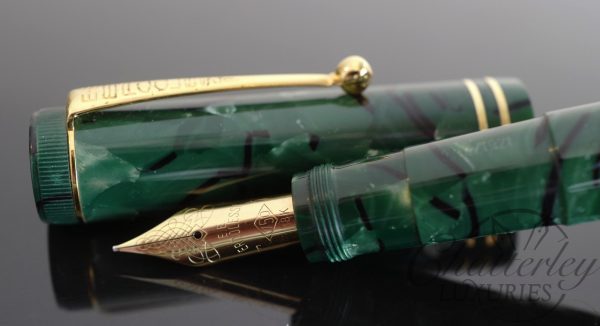 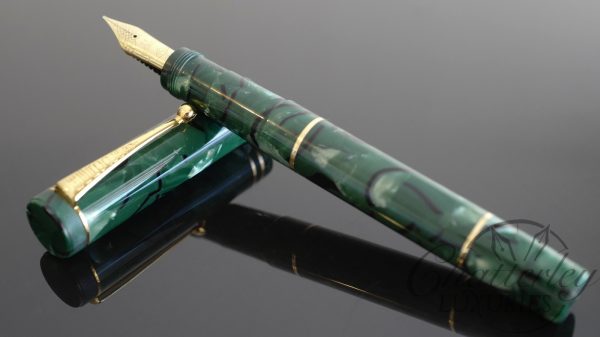 This pen is lovingly used, but in perfect condition. The celluloid is amazing! It has a Fine nib. 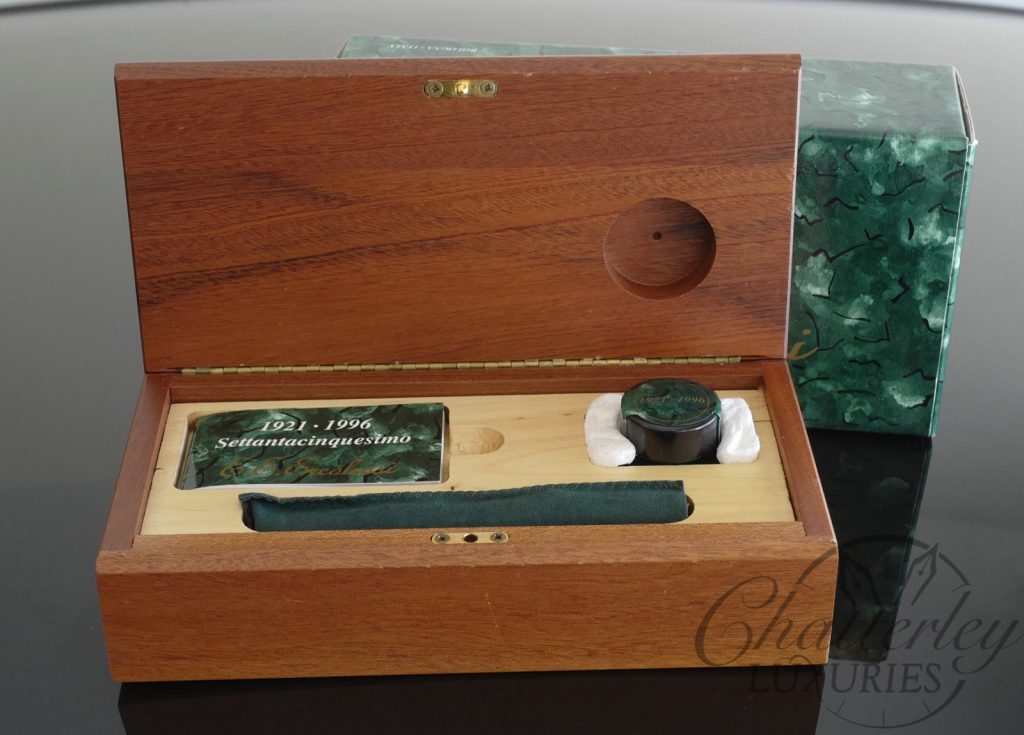 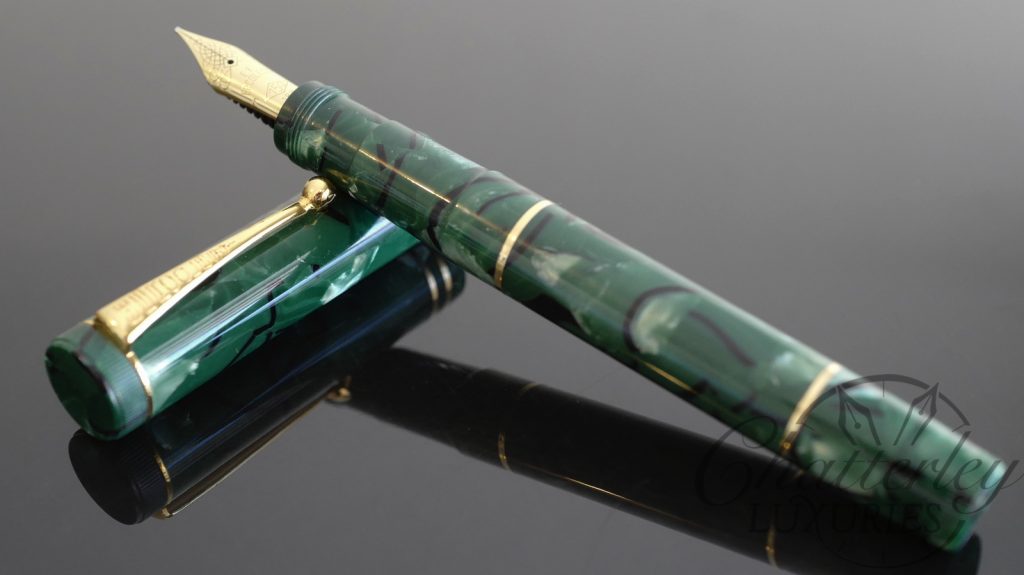 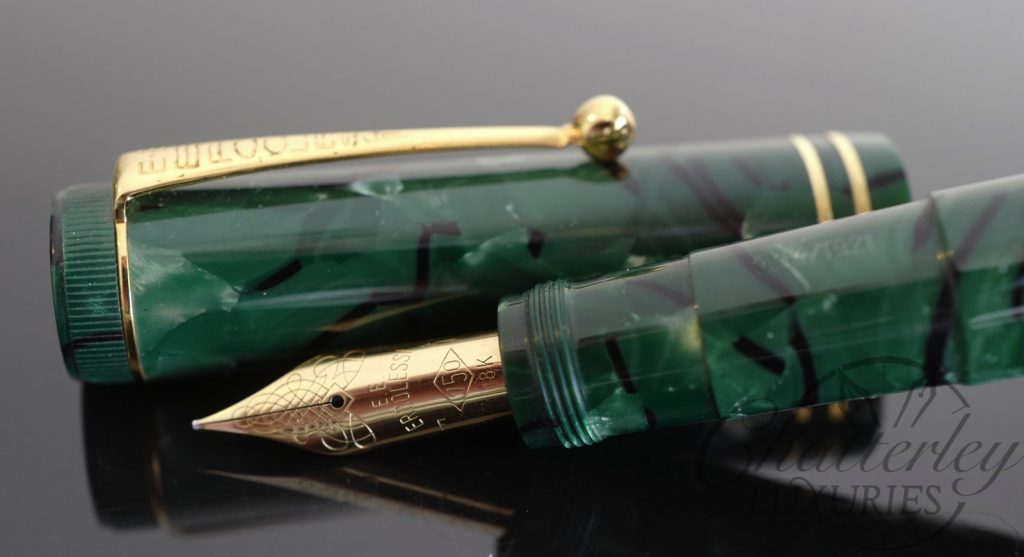 The E.E. Ercolessi pen shop was one of the most ancient and most famous pen shops in Milan. It was founded in 1921 and was a major reference shop for pen lovers and collectors for almost a century.

In the1920’s  and in the following decades they used to have their own E.E. Ercolessi pens produced on commission by various pen makers, including Omas.

A number of E.E. Ercolessi pens were manufactured by Omas using  Minerva models, with slight or minimal revision of the design .

In 1995 Ercolessi commissioned the production of  a special pen to celebrate its first 75 years of activity. The color they chose was green as this had always been the company’s symbolic color.