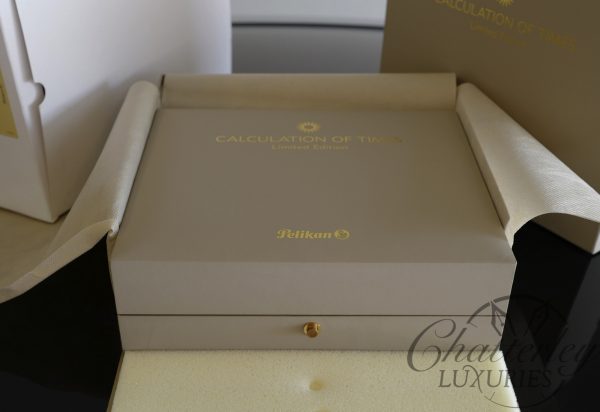 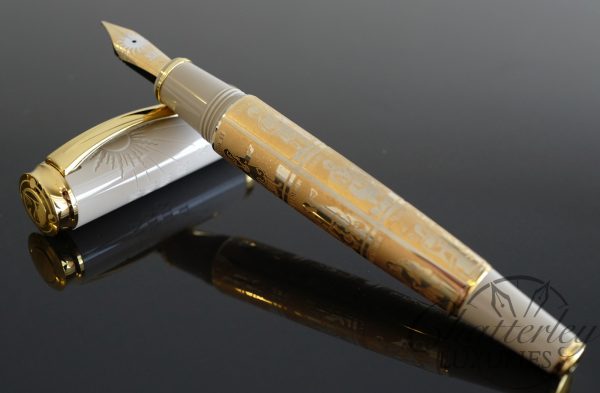 This pen is NOS (New old stock), never inked or dipped. It has  Medium nib. 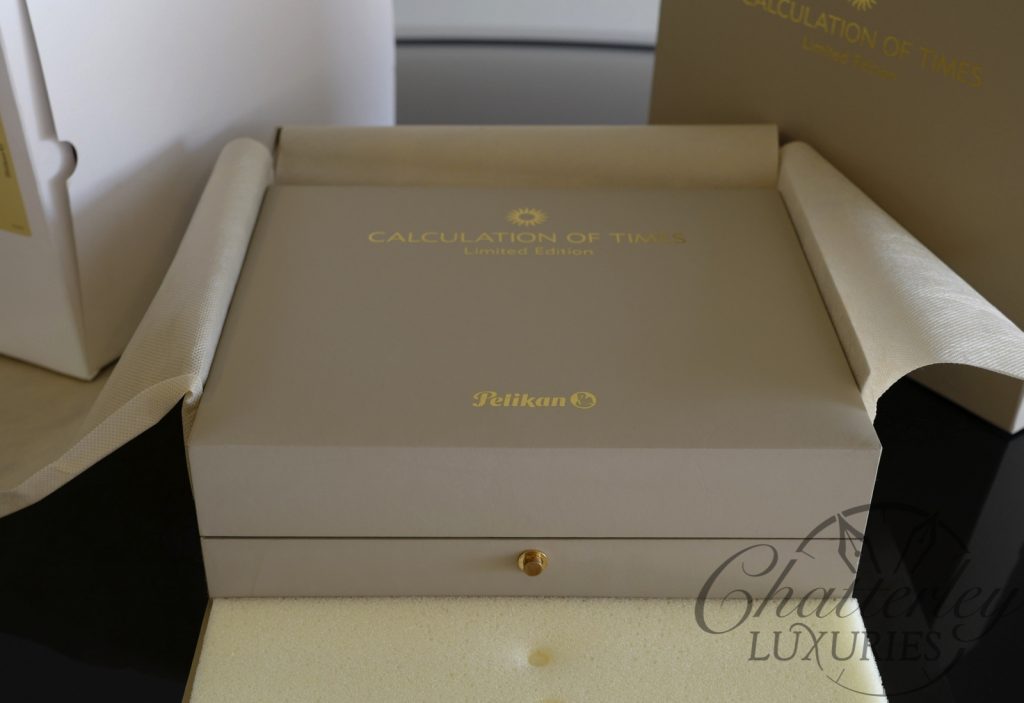 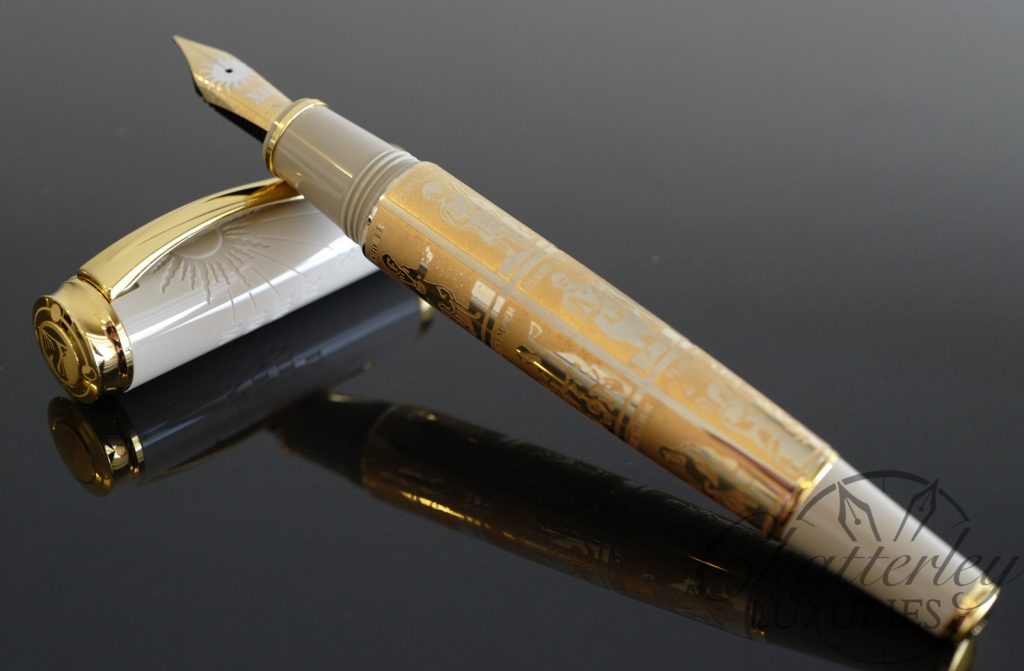 Dividing and measuring time as it passes – man has always focussed on this by observing nature. Above all astronomical events such as the movement of the sun and the different phases of the moon are clearly identifiable thanks to their periodical recurrence.

From these our forefathers once developed the calculating units for year, month, day and hour. The year with its different seasons is calculated from the orbit of the earth around the sun. The month corresponds with the movement of the moon around the earth and the change in the phases of the moon.

The day results from the rotation of the earth around itself and the consequent change of day and night. In the further course of history the sun served to divide the day into hours and minutes.

In earliest times knowledge of the sky was necessary for people in agricultural areas essential for survival. Later a firmer understanding of time also served to allow people to determine precisely their place in the sequence of generations or their own age.

To this day the division of time is essential in marking our everyday life.

It helps us to arrange our lives and to structure our working day. The future can only be planned with an understanding of time. With the edition “Calculation of Times” Pelikan is commemorating this important achievement for the history of mankind.

Thanks to its time – less elegance and exceptional functionality the superbly crafted Pelikan fountain pen is an exclusive and valuable companion throughout the year. From the orbit of the moon around the earth, which lasts just under 30 days, man divided the year into twelve months.

Lit by the sun, only one half of the moon is turned towards the earth. Based on the position of the moon and sun are and the relation to each other, we see varying amounts of the moons illumination.

The four phases of the moon which can be seen, new moon, first quarter moon, full moon and last quarter moon, are embossed on the cap of the Pelikan fountain pen in high relief. In ancient times the Babylonians and Greeks used the position of the sun in the sky and created the first sundials.

A vertical shadow stick, whose shadow fell on a clock face, served to measure time – often accurate to within a few minutes. Pelikan has engraved the structure of a sundial with eleven marked hours onto the cap of the fountain pen.

The twelfth hour appears as an embossed high relief in the lower part of the clip, which at the same time adopts the symbolic function of the shadow stick.

Early developed cultures liked to show the cycle of the year in pictures. Each month is represented by an activity or event adapted to a season.

On the Pelikan fountain pen a cycle from the early Middle Ages can be found.Themes such as sowing seeds, harvesting and use of natural products characterize these early calendars or months in pictures. The seasonal vegetation cycle can also be recognized.

Today in many parts of the world the Gregorian calendar is used. Named after Pope Gregory XIII, it was adopted after numerous calendar reforms due in part to its precision and ability to accurately mark time at the end of the 16th century.

If you value stylish elegance when writing, you will appreciate the craftsmanship of the high-quality 18kt gold nib, which has the sun embossed on it as a relief.

The shaft shows calendar themes of everyday life in the Middle Ages. They are incorporated into the black metal shaft coated with ruthenium faithful to detail and filigree and then plated with gold.

The edition number, which is engraved on the filling handle, identifies each fountain pen as a unique collectors’ item.

Only 760 pieces of these unrivaled writing instruments have been made by Pelikan. This worldwide edition commemorates the Christian calendar, which began around 760 years after the founding of Rome with the birth of Christ.

The “Calculation of Times” fountain pen was released in the year 2008 and is limited to 760 pieces.