This pen is a used pen. Not abused, but used for sure. It shows surface scratches from normal use. The piston is also a little stiff. Its not a concern, but most Pelikans are VERY smooth, this one is just tighter than usual. 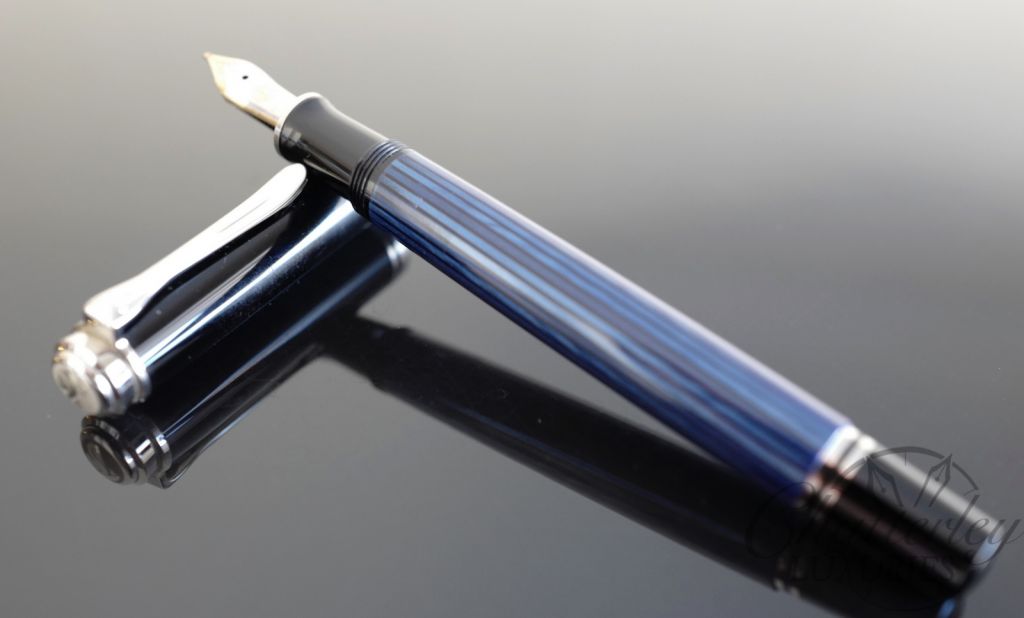 In 1950, the model 400 was launched. With its green-striped sleeve, it has become a world-wide symbol for the brand of Pelikan. In the eighties, the series was baptized Souverän, though popular lore has taken to calling it by its nickname Stresemann, because the state secretary of the “Weimarer Republik” was famous for his striped suits… . After the black and blue model of 1995, since 2003, a black-blue-silver model established itself as another classic pen. It also has the typical sleeve.