This pen is pre-owned, and in perfect condition.  It comes complete Standard Visconti box, box has a little wear, but no papers.  It is equipped with an 18kt Medium nib. 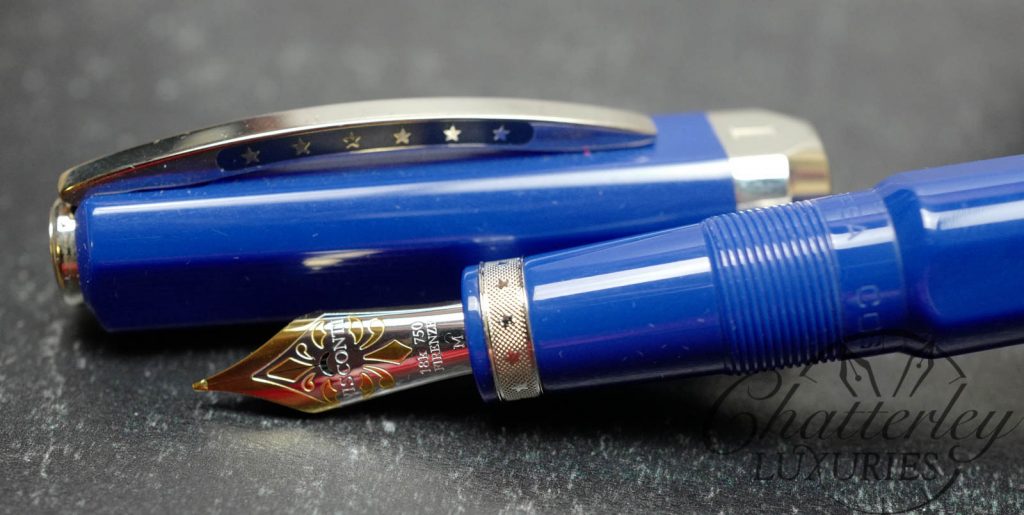