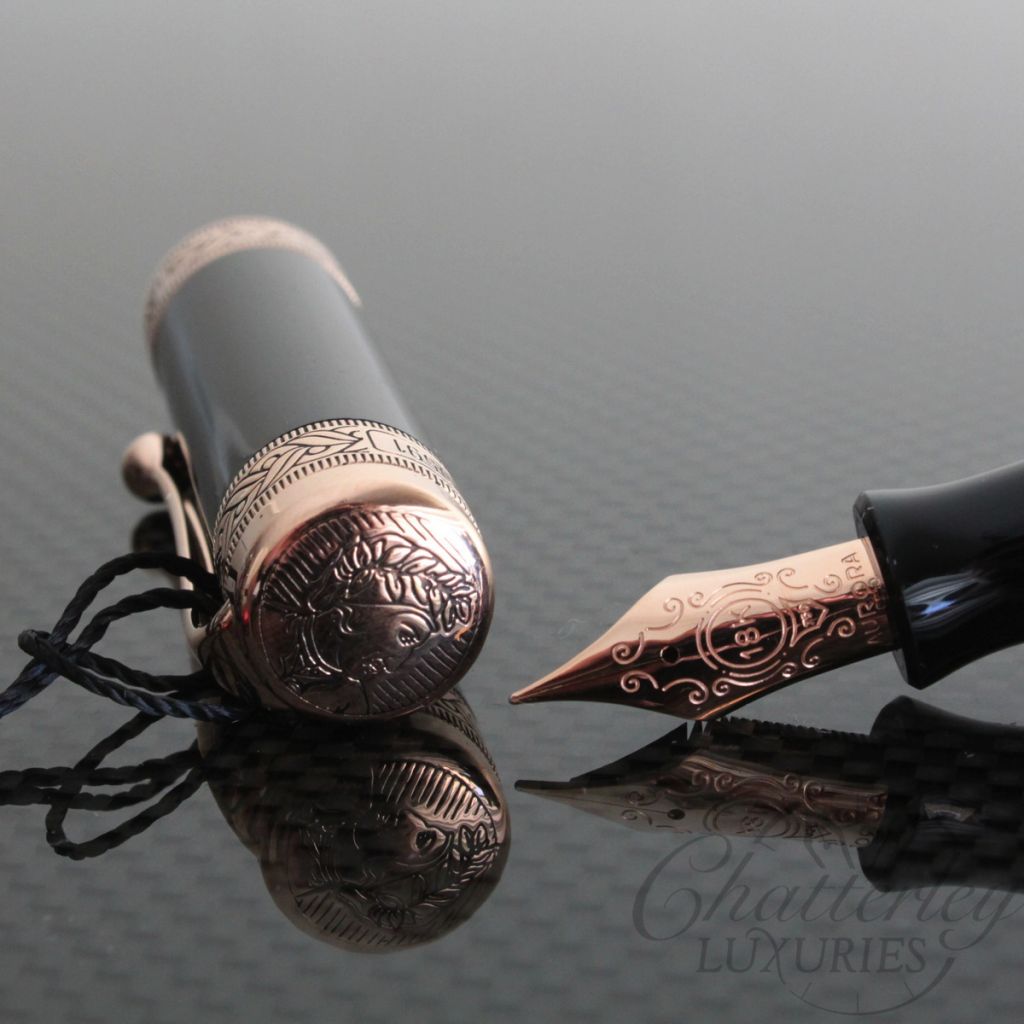 The pen is offered as a Lacquer piston fountain pen with rose gold trims in only 1.265 pieces all over the world (Dante’s date of birth).