This pen has been lovingly used.  It is equipped with an 18kt Medium nib and comes complete with all box and papers.  It is LE number 99. 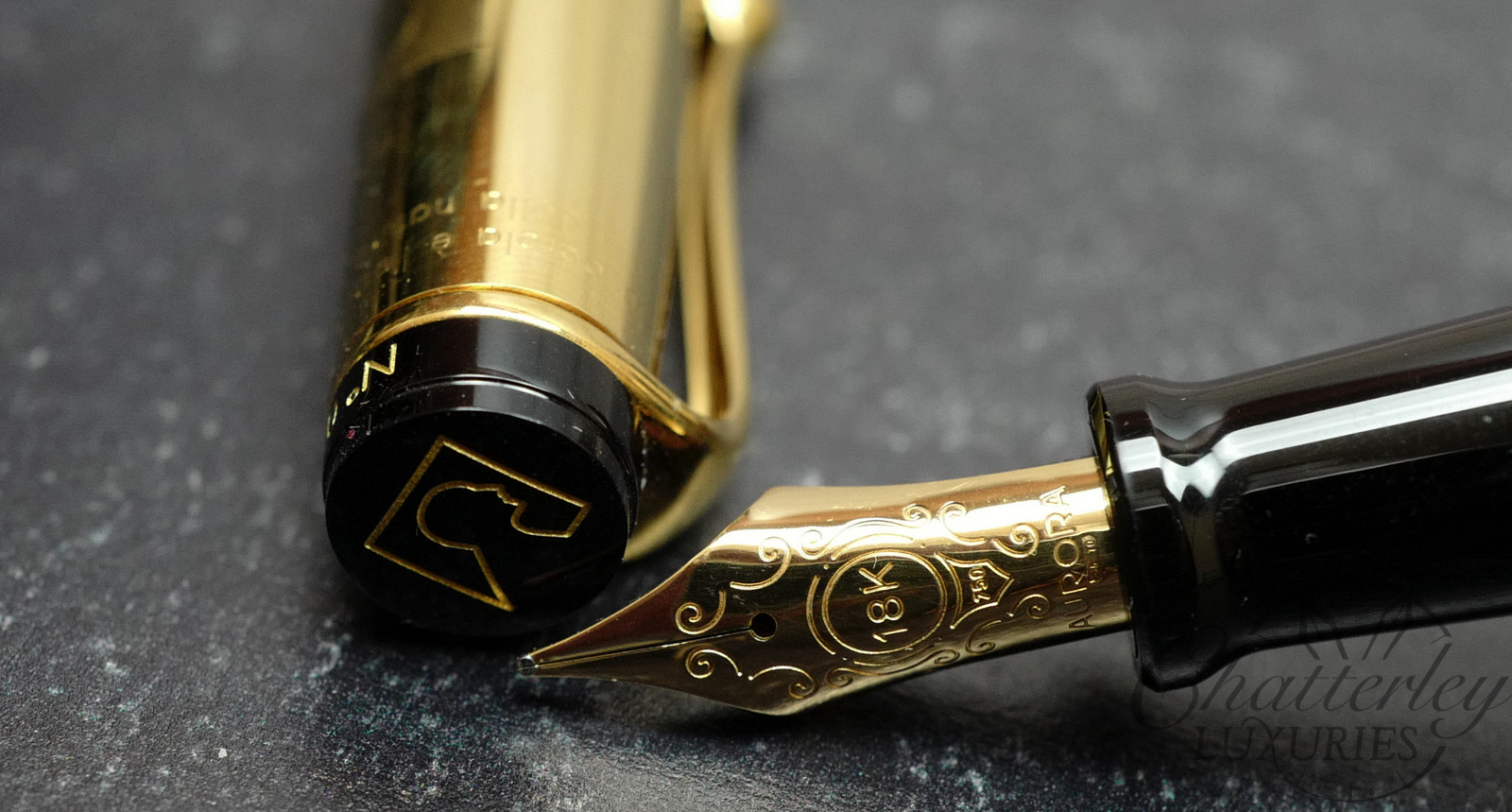 As a part of a special collection, Aurora celebrates historic Italian figures who carried out heroic deeds.   For this pen they are celebrating 150 years since the birth of one of Italy’s greatest poets: Gabriele d’Annunzio.

During the First World War, perception of D’Annunzio in Italy would be transformed from literary figure into a national war hero. He was associated with the elite Arditi storm troops of the Italian Army and took part in actions such as the Flight over Vienna. As part of an Italian nationalist reaction against the Paris Peace Conference, he set up the short-lived Italian Regency of Carnaro in Fiume with himself as leader.

For this product Aurora is honoring the memory of this literary figure, taking part in the “d’Annunzio and the Great Brands” project, created by the The Vittoriale Foundation.

The first collection was produced in a Limited Edition, just 150 pieces, and is a true jewel of writing. The gold-plated cap is decorated with some of the Poet’s famous lines and the “d’Annunzio 150” logo. The barrel is in marbled burgundy auroloide, while the cap displays the Poet’s decorative profile and series number.

This also comes with the special packaging , with the miniature of a Sva , the biplane used by d’ Annunzio for ​​his famous flight over Vienna. 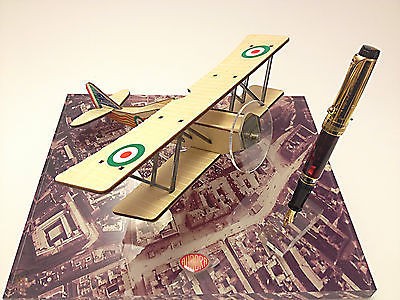