This pen has been lovingly used and is in excellent condition. It comes with box and papers. 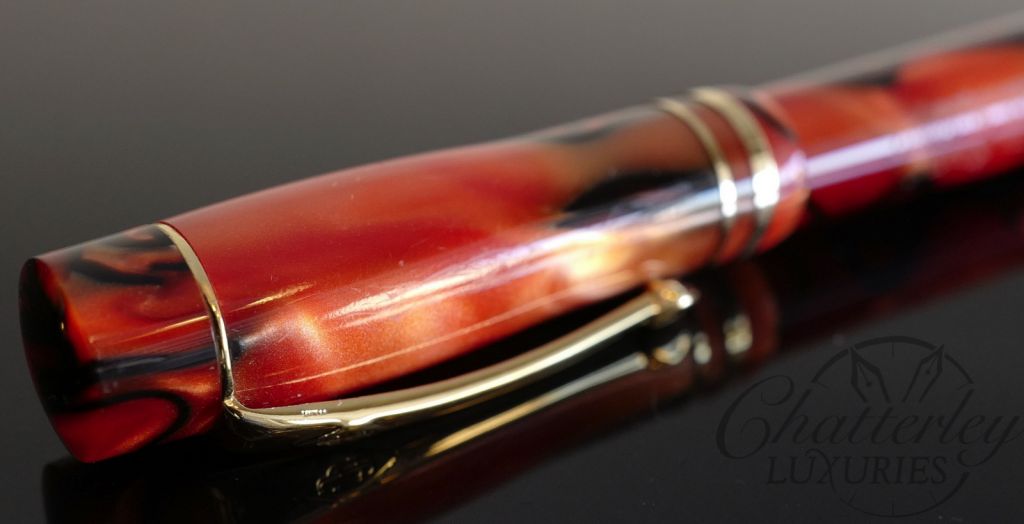 Arthur Wesley was born in Dublin in 1769. In 1798, his aristocratic Anglo-Irish family changed their name to Wellesley. In honor of Sir Arthur Wellesley, Conway Stewart commemorates the Duke of Wellington’s life by offering the Wellington as a new model within our range of fine quality writing instruments. Wellington is widelyconsidered as one of the leading military and political figures of the first half of the 19th century, a prominent figure in the history of England. He achieved many heights throughout his political career: an Anglo-Irish general and statesman, chief secretary for Ireland, ambassador to France, commander in chief of the British army, victor at the Battle of Waterloo, twice British prime minister and was one of the leading figures in the House of Lords.

The Wellington is a substantial pen and has been crafted with a subtly curvaceous form to both cap and barrel. An exciting shape that sets this model apart from traditional pen designs. The Wellington was created with an eye to the Continental flair for a sleek and classic look. This combines Conway Stewart’s time honored use of rich sassy resin and polished solid 18kt gold trim to result in a pen that suits both high fashion as well as tasteful refinement.