Danitrio makes remarkable hand painted pens using the Japanese skill and craftsmanship that has been mastered over the last few thousand of years. Good basic paintings start with base painting, which the craftsmen paint twice or three times with Urushi mixed with finishing powders to make the base hard and durable.  Then followed by the interim paintings which is done by one or two layers preparing for finishing paintings.

This pen is the work of one of the new generation artists, Hironobu.

Bats have become a trademark of Hironobu’s.  Employing the traditional tame-nuri techniques as well as gold lacquer over-painting, a sense of mystery pervades this pen.  Notice too how works of Raden (abablone shell) are used to illuminate the bats eyes. 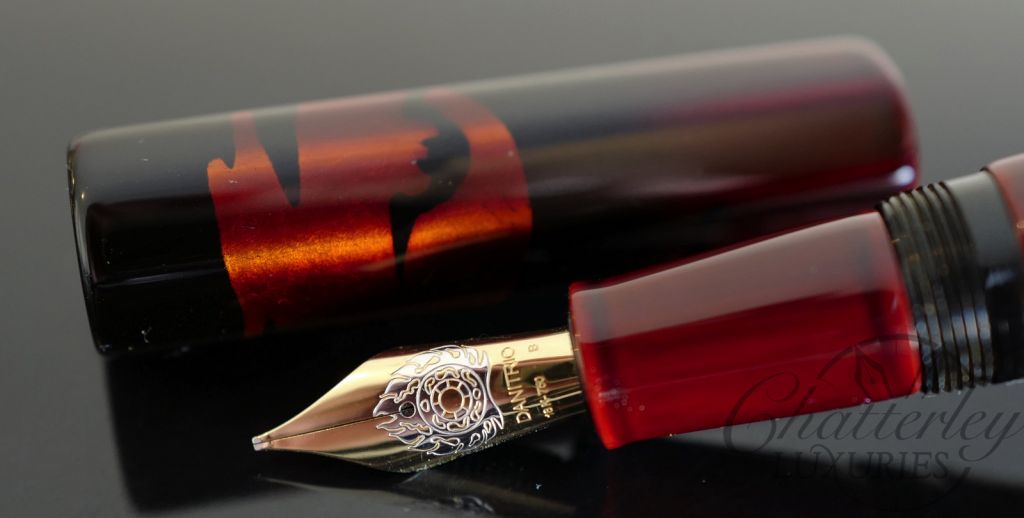 When a student wants to learn from a master, he or she has to work for the master only and even stays at the master’s house. When he is released by the master it means that he can be independent, but what he learned was ONLY from his master, and so his works will be mostly under his master’s influence.  But a young man like Hironobu san, who graduated from two different art schools after six years learned from many different masters, and then came home to work with his father, already a master, showing his works are fresh, very colorful and dynamic even compare with all our collections.

The pen is on the Hakkaku (Octogon) size and fills via cartridge convertor and features a #6 size 18kt gold nib.