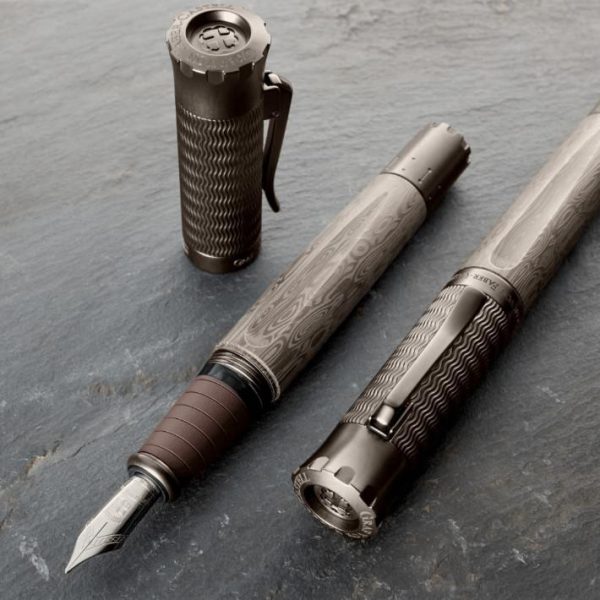 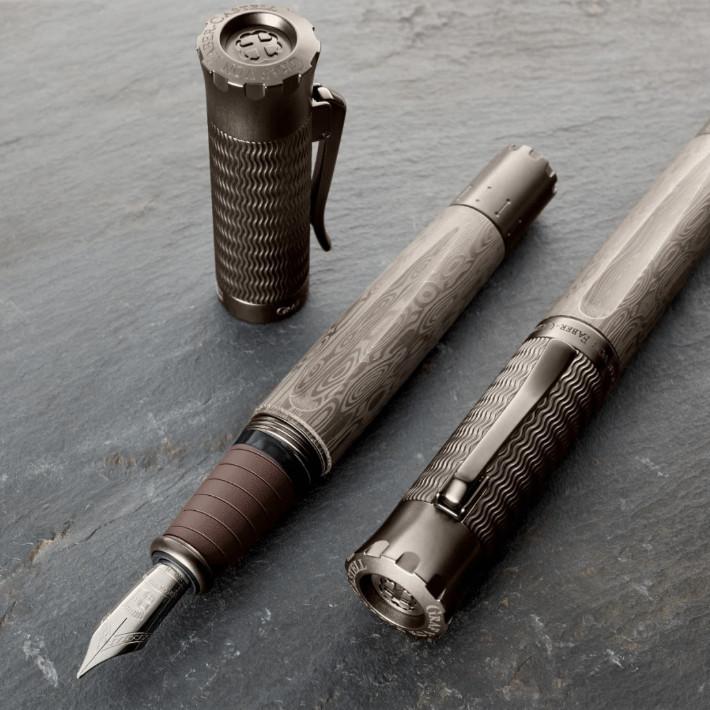 In 2021, Faber-Castell celebrates its 260th anniversary looking back on its long tradition. When Baroness Ottilie von Faber married Count Alexander zu Castell-Rüdenhausen in 1898, the King of Bavaria gave his approval to the new name Faber-Castell. For centuries the Counts and Lords of Castell have embodied knightly virtues such as loyalty, courage and care for their subjects. When Count Alexander linked his famed aristocratic name with that of the globally renowned company in 1898, the company’s unmistakable identity was born. The image of the two chivalrously fighting knights with their stories, values and virtues, whose lances were replaced by pencils, became the symbol of this self-image.
Therefore the Pen of the Year 2021 is inspired by medieval knights, their heroes, myths and legends. The young men’s training took 14 years. In addition to hunting, riding, loyalty, spirituality and martial arts, it also included dancing, swimming and climbing. Upon completion of the training at the age of 21, the men received their knightly accolade ennobling them.

In the Middle Ages, the strongest prevailed, therefore skilful sword fighting and the nature of his weapons played a central role in a knight’s life. The Pen of the Year 2021 is inspired by the impressive armour of the age of chivalry. The writing instrument’s brown grip zone recreates the leather strap on the sword’s grip and prevents the pen from slipping while writing. The Pen of the Year’s end piece is adorned with a red, faceted garnet with sunray cut. In the Middle Ages, this precious stone embodied light and truth and was used for jewellery, weapons and burials. Due to its hardness and high refraction of light, the valuable garnet was also called a “carbuncle”, which refers to a gemstone with magical properties capable of providing its own illumination.

During battle, a knight was protected by his armour including a helmet, shield and weapon. The extremely heavy chain mail, which saved the lives of many medieval knights, consisted of around 20.000 steel rings. The Pen of the Year’s cap is reminiscent of the delicate structure of chain mail. Its matt, anthracite-grey surface is refined by a durable PVD titanium coating. The knights’ moral standards were shaped by military virtues, such as honour and courage, as well as by decency, humility and modesty. Thus the virtuous education of knights also strengthened their social life and ensured their noble behaviour befitting their station.

Life in medieval castles was tough and demanding for knights. Strategically placed, their construction was aimed at defending against attackers. The matt, anthracite-grey end pieces of the writing instruments’ cap and barrel are reminiscent of a castle tower’s battlements. They are refined by PVD titanium coating, which changes ever so slightly during use. The fine grooves on the barrel’s end piece appear like arrow slits. Another element inspired by knights: the top of the cap is adorned by the “heraldic cross”, also known as the “cross of hope”, as it was considered a symbol of hope in the Middle Ages.

A FIGHT FOR HONOR

A knight had to be ready to fight at all times, so his weapons were as much a part of his attire as his heavy armour was. In addition to the sword, lance and crossbow, the men fought using a longbow and carried their round shield as a defence. The long, tapered shape of the fountain pen and rollerball pen is reminiscent of a spear. Two grooves on either side, similar to the blood grooves on a knight’s blade, give this Pen of the Year its unique, elegant outline.

THE ART OF FORGING

High-quality swords were essential not only for battles. They were equally as important as a weapon and a status symbol. Forged by master craftsmen, a good sword was considered magical and valuable. Damascus steel is rated as particularly hard while being flexible as well as shatter-proof and was used by smiths to forge knightly swords in the Middle Ages, too. Its extraordinary properties are achieved through repeated welding and folding of different types of steel, which also produces the typical iridescent and unique surface. The barrel of the Pen of the Year 2021 is made of steel with just these characteristics. Thanks to the resulting individual pattern, each writing instrument is truly unique.

During the Middle Ages, knights used quills to write. The rutheniumcoated 18-carat gold nib of the Pen of the Year 2021 is available in nib widths M, F, B and BB. This edition is limited to 375 fountain pens and 125 rollerball pens. With the heraldic cross as a sign of hope, the precious Damascus steel, the pattern on the cap and end piece inspired by chain mail and battlements as well as with the barrel’s crowning jewel, the faceted garnet, the writing instruments embody the courage, bravery and chivalry of medieval knights. The exclusive writing instruments finished with anthracite PVD titanium coating are stored in a highly polished black wooden case. A certificate signed by Count Charles of Faber-Castell attests to the authenticity of the limited edition.