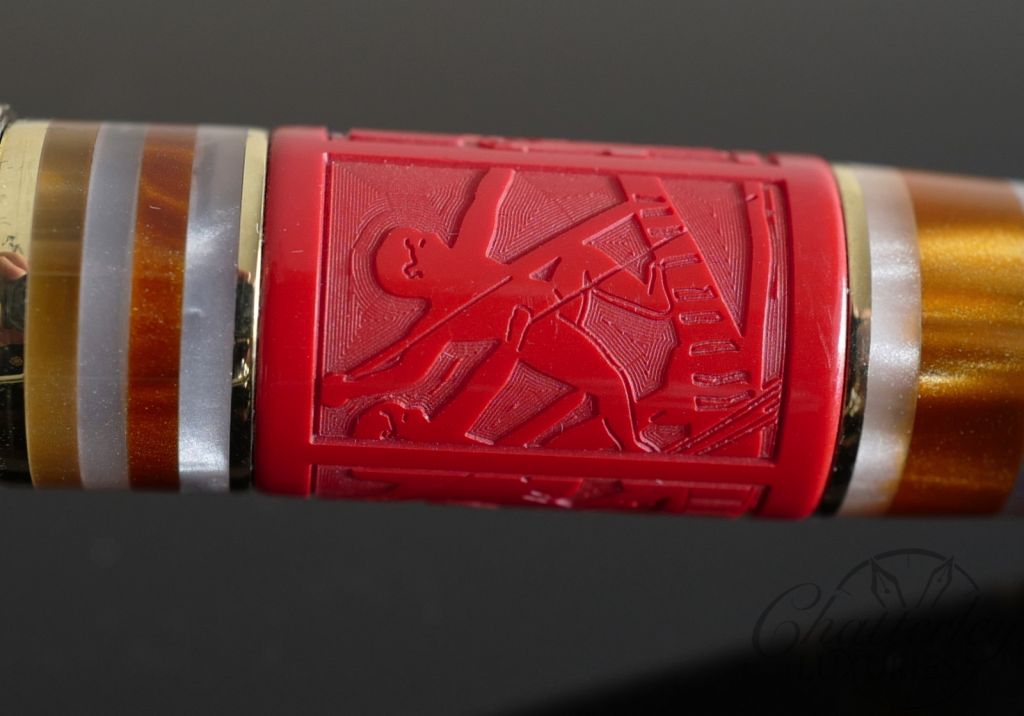 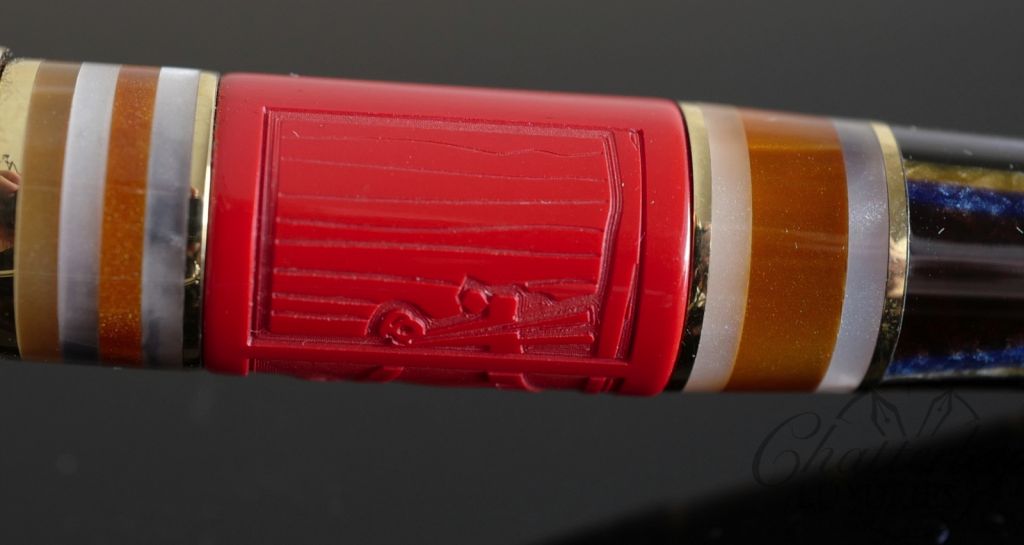 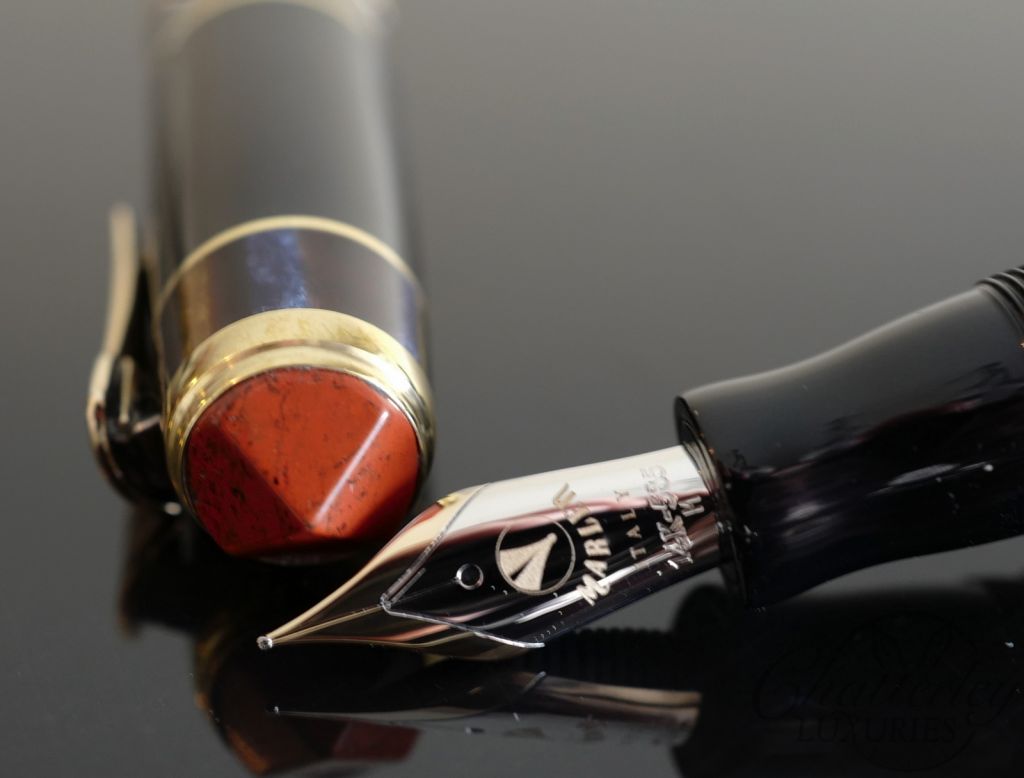 Recalling the mystery of Ancient Egypt, Marlen dedicates this Limited Edition to the great Pharaoh Khufu (Cheops in Greek).The Great Pyramid of Giza, also called the Pyramid of Cheops, is the oldest and largest of the three pyramids in the Giza Necropolis, bordering what is now Cairo, Egypt, and is the only remaining member of the Seven Wonders of the Ancient World. It is believed the Pyramid was built as a tomb for Pharaoh Khufu, in a complex setting of buildings constructed over a 20 year period concluding around 2560 BC. The Great Pyramid was the tallest man-made structure in the world for over 3,800 years. This fascinating limited edition reproduces, on the barrel, a famous mysterious cryptogram of the Cheops Pyramid recalling the geometric figure of the Pyramids. The fountain pen has a 14kt gold nib and is Piston Fill. Crafted from bronze, resin, celluloid and coral, only 488 fountain pens