Up for sale is a wonderful Montblanc Bach Donation Pen from 2001. It’s pre-owned, but in great condition with no issues. Because of the age, it will likely need a new refill. 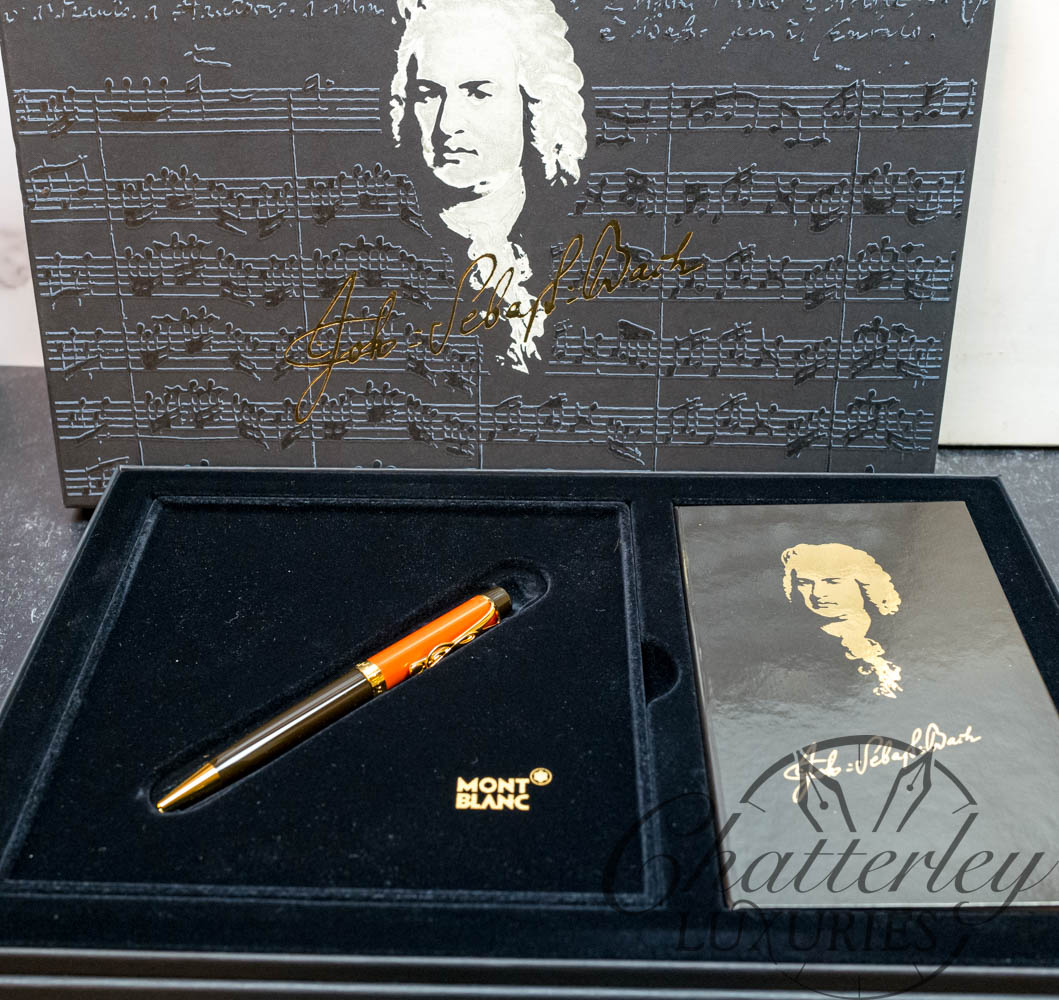 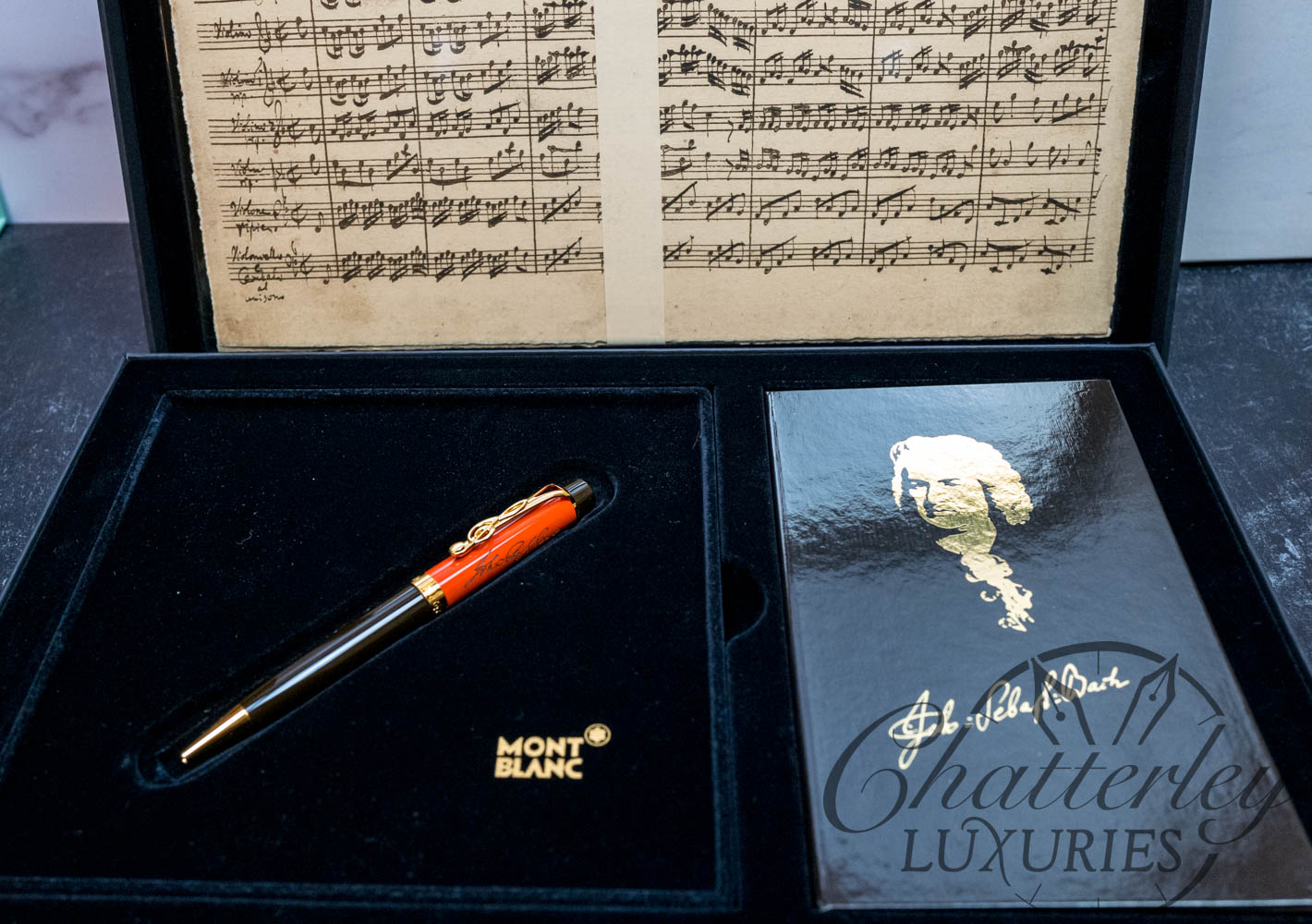 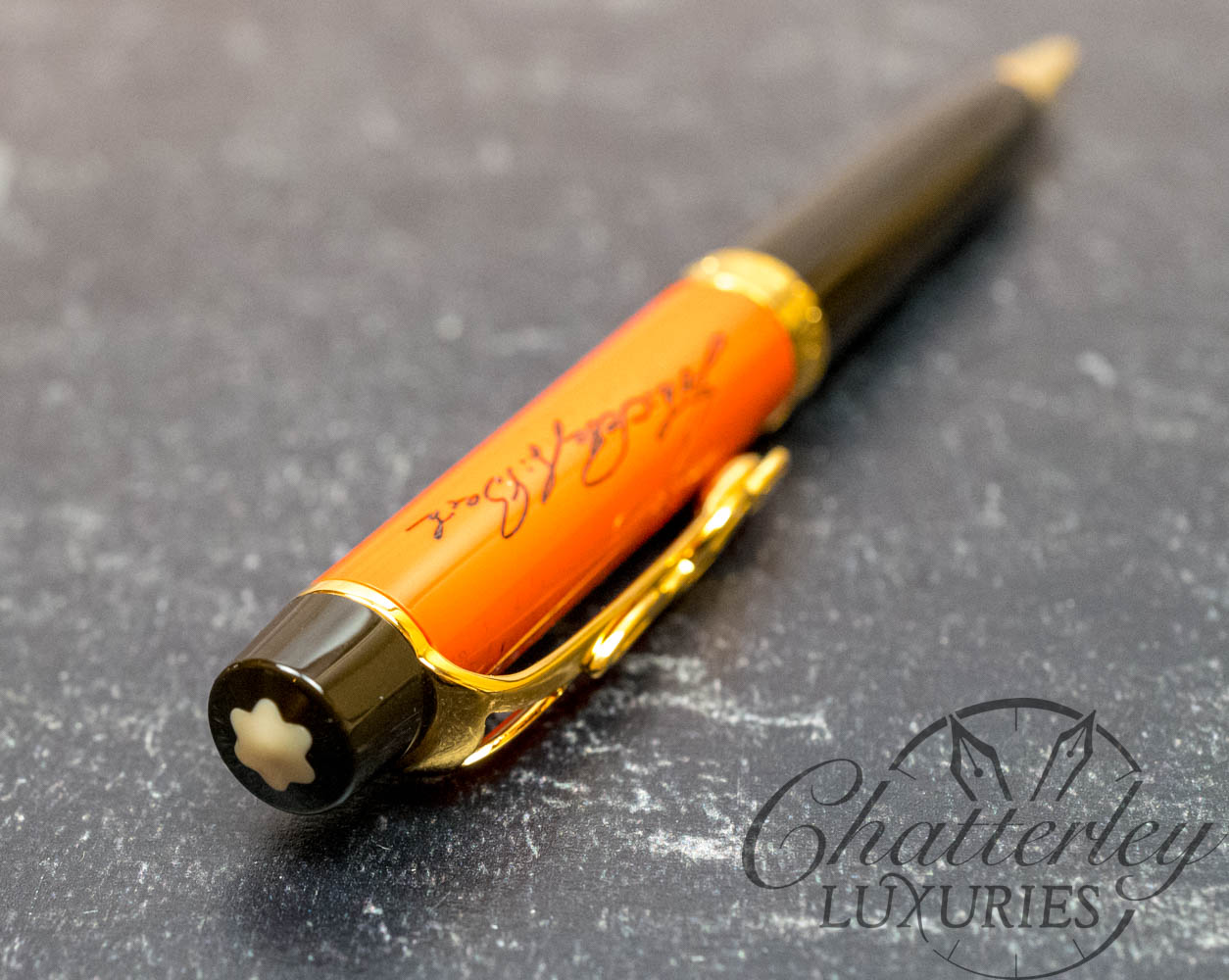 Johann Sebastian Bach was the most important composer of the German Baroque era and of Protestant church music. He composed pieces of unmistakable originality. The court composer, orchestra leader and music director reminded Ludwig van Beethoven of the sea, because of “the infinite, inexhaustible richness of the tone combinations and harmonies in his music”. His works, such as the Brandenburg Concertos and “The well Tempered Clavier”, bear witness to his remarkable creativity.

The Donation Pen Johann Sebastian Bach was designed to reflect the uniqueness and the great skill to reflect the uniqueness and the great skill of the composer. Because the composition of this pen is just as extraordinary as Bach’s creations. The barrel and teh cap top are made of sepia-colored precious resin. The coral-colored cap is decorated with the engraved signature of Johann Sebastian Bach and a gold-plated clip in the shape of a clefy symbol. A facsimile engraving of notes from the original manuscript of Brandenburg Concerto NO. 5 embellishes the gold-plated cap rings of the pen.

The presentation box of the Donation Pen Johann Sebastian Bach contains five facsimile sheets of music from the manuscript for the Brandenburg Concertos. Montblanc donated part of the profits from this pen to sponsoring the restoration of the original manuscript.

Johann Sebastian Bach was the most important composer of the German Baroque era and of Protestant church music. Most of his original music scores have been damaged, mainly by destructive chemical processes caused by the inks used to write them. Montblanc is donating parts from the proceeds of each writing instrument to the Berlin State Library to restore these irreplaceable manuscripts.

The cap of the special edition Johann Sebastian Bach features a gold-plated clip in the shape of a treble clef and is engraved with the composer’s signature. The ring shows notes from the original 5th Brandenburg Concerto manuscript.