In his novels, Jules Verne took his readers away on fantastic journeys” voyages around the world, deep under the sea or to the moon. He excited the imaginations of the people of his time with his fictional adventures, and also created a new genre: science fiction. Jules Verne is still considered the father, and at the same time the most important exponent, of this genre of literature.

The Writers Edition Jules Verne delves deep into the fascinating world of the writer. The barrel, made of bright blue lacquer with platinum-plated mountings, is surrounded by a guilloche consisting of even sized waves. Jules Verne’s signature decorates the cap of the writing instrument and a delicate engraving of an antique diver’s helmet on the rhodium-plated 18-carat gold nib of the fountain pen recalls one of his most famous novels, “Twenty Thousand Leagues under the Sea”.

In his novels, Jules Verne broke with all realms of imagination: he traveled into the depths of the ocean, into the expanses of the universe, even to the centre of the earth, creating entirely new means of transport, such as rockets, satellites or submarines. Going far beyond the boundaries set by literature of his time, he founded his own genre: Science Fiction!  Inspired by his most famous novel “20,000 leagues under the sea”, this limited edition pays tribute to the inventor of science fiction. All around the writing instrument stretches the blue expanse of the ocean, broken only by the waves of a guilloche pattern that laps around the barrel deep within the polished lacquer. The delicately engraved nib, featuring an antique diver’s helmet, completes this exquisite limited edition.

4.500 Sets, including a fountain pen, ballpoint pen and a mechanical pencil

The Limited Edition Jules Verne Fountain Pen # 07454/18500. This pen is fitted with an 18kt gold Fine nib. This pen is brand new, never dipped or inked and comes complete with box and papers. 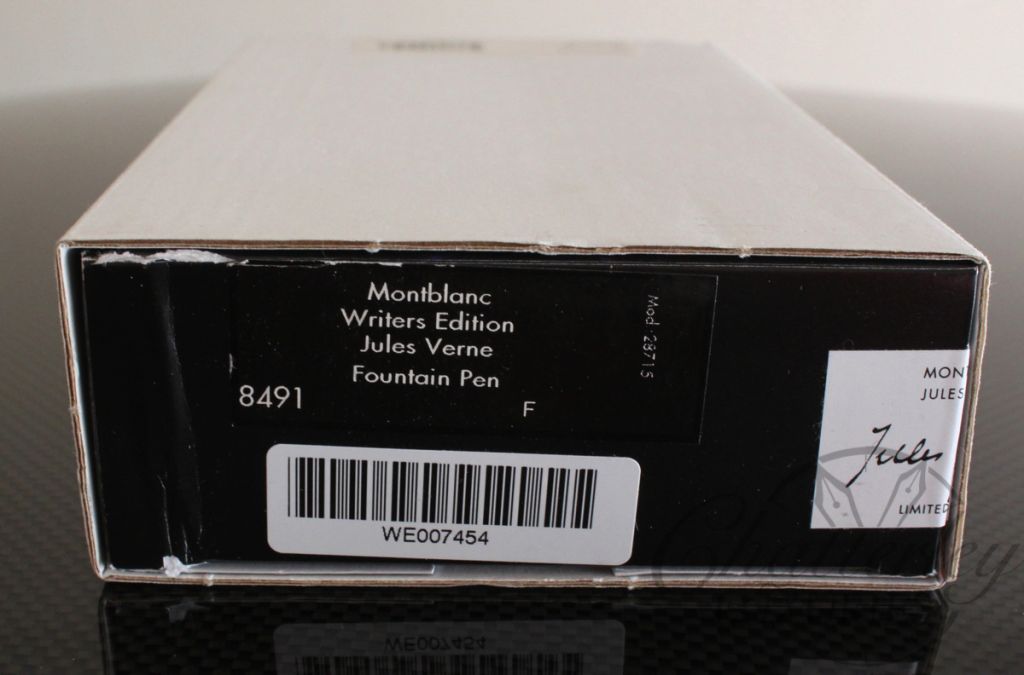 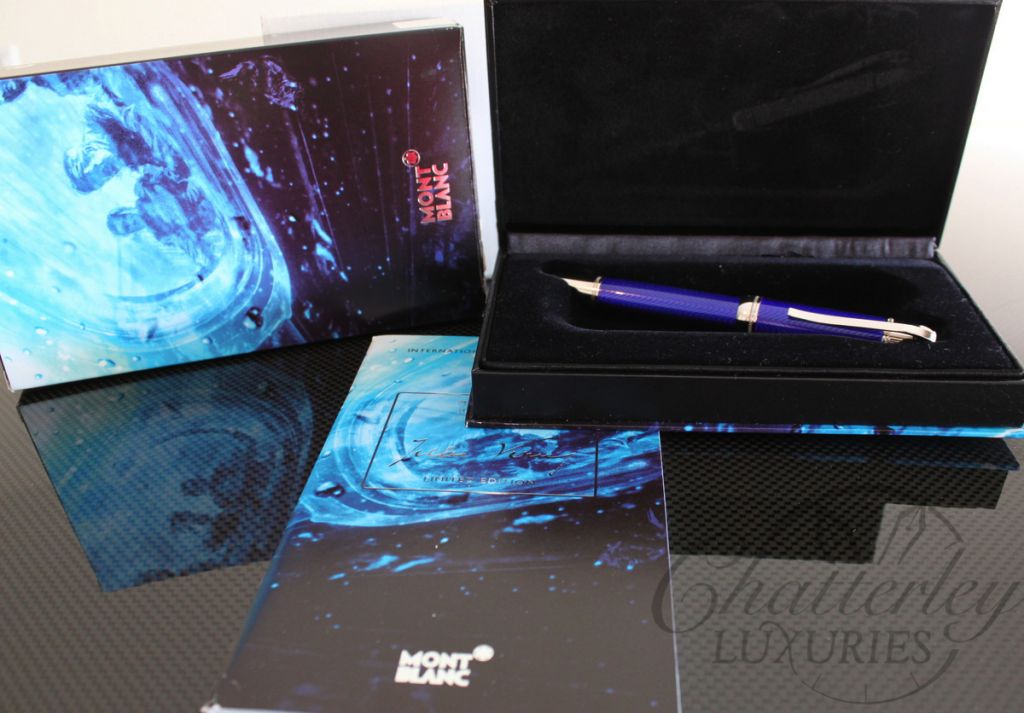 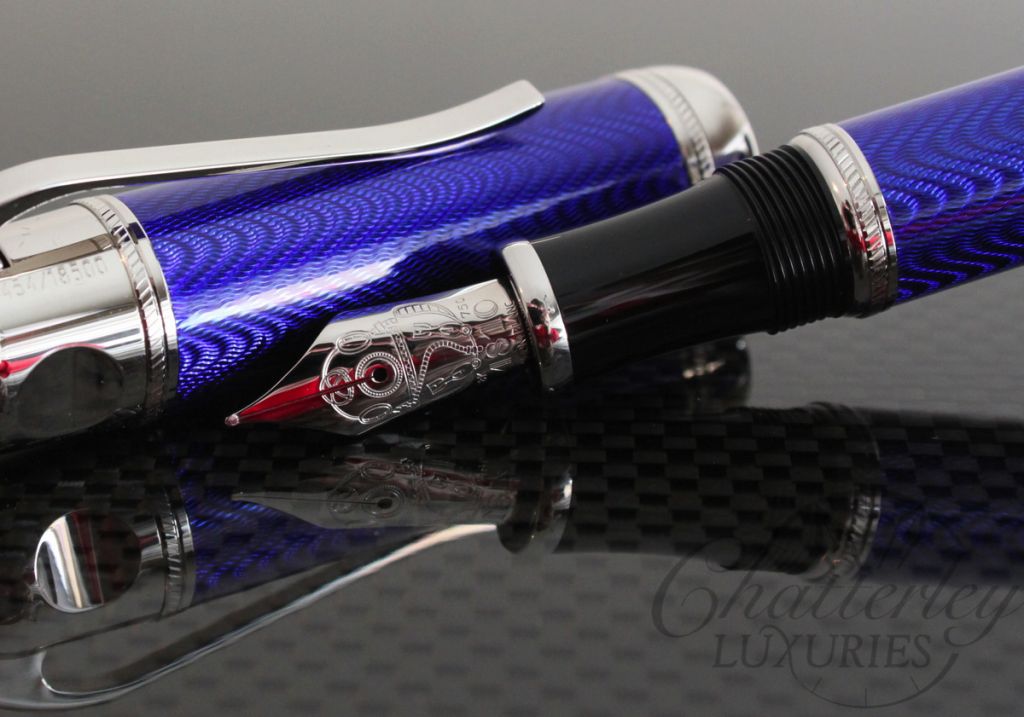