Launching the prestigious “Icons” series that pays tribute to cultural giants, is the boxer Muhammad Ali.

Montegrappa has integrated a number of characteristic details of Ali into the pen, which features the manufacturing technique known as “Diffusion Bonding” allowing the fusion of the white pearlised resin with the solid black resin.  The Ali fountain pen nib sports the raised arms silhouette of the victorious boxer.  The barrel is finished in white pearlised resin with a running black stripe, symbolizing his boxing shorts.  The two black stripes around the the end of the barrel represent the tops of Ali’s socks.  The caps profile follows the arc of a speed bag and the end of the cap is shaped in the form of the world championship ring worn by Ali.  The cap boasts the great man’s signature, with the inscription “The Greatest of All Time” decorating its summit. 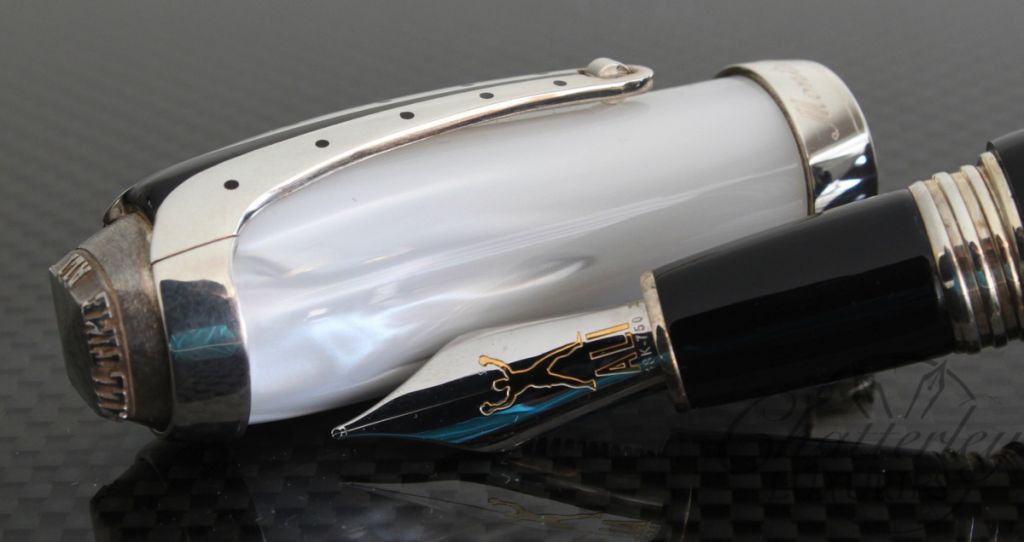 This pen is limited to 1942 pieces, signifying the year of his birth.