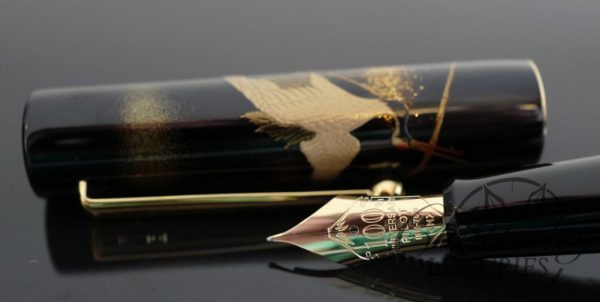 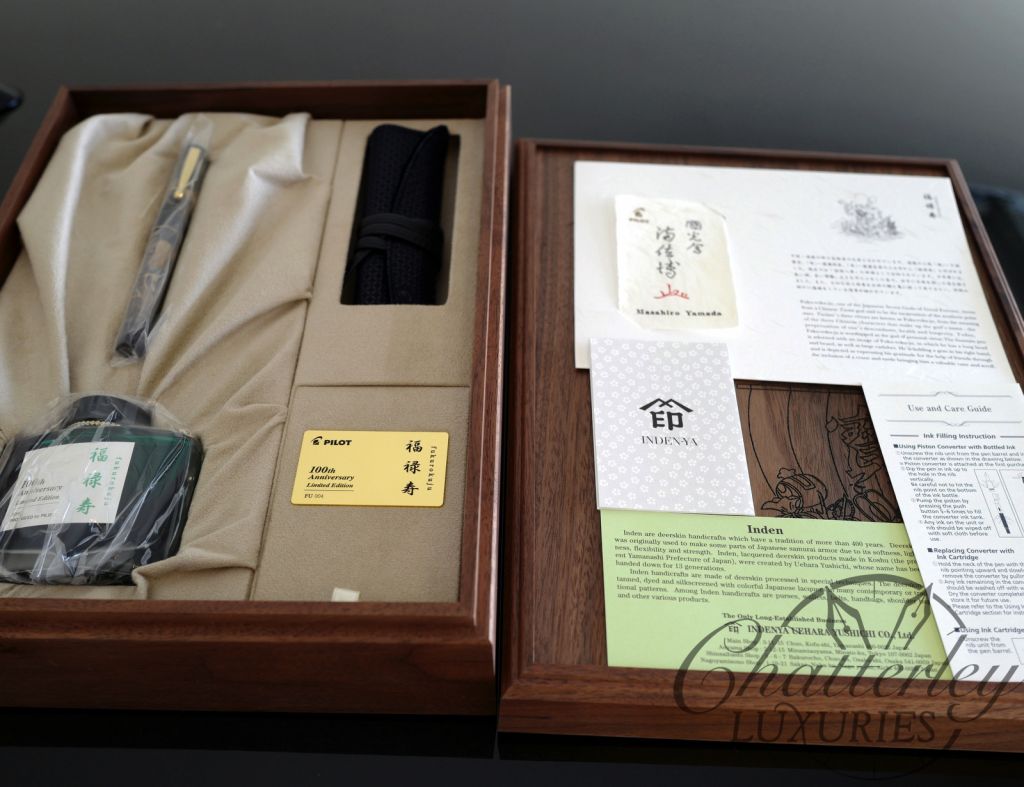 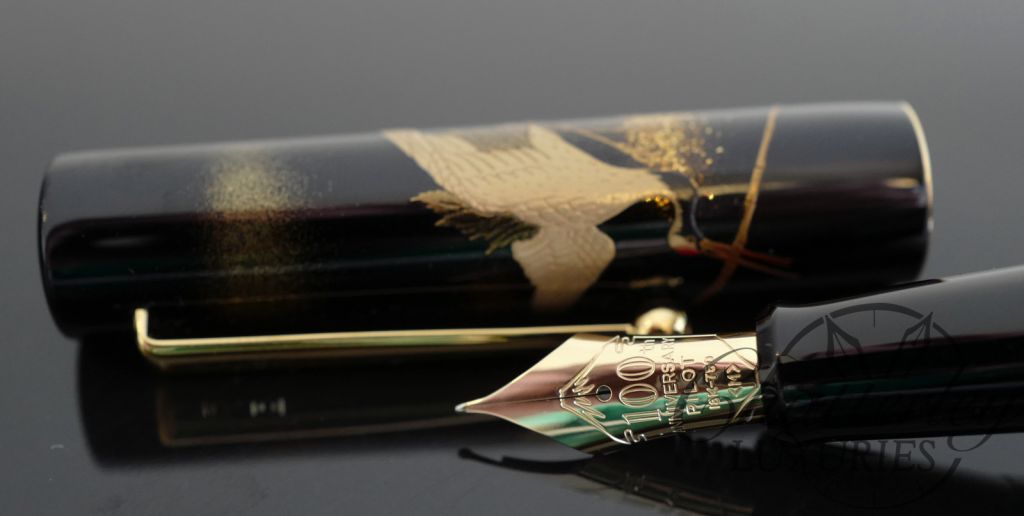 Fuku-roku-ju, one of the Japanese Seven Gods of Good Fortune, stems from a Chinese Taoist god said to be the incarnation of the southern polar stars. Taoism’s three virtues are known as Fuku-roku-ju, which in written form is represented with three Chinese characters that make up the god’s name: the perpetuation of one’s descendants, health, and longevity, Today, Fuku-roku-ju is worshipped as the god of personal virtue.

The fountain pen is adorned with an image of Fuku-roku-ju, in which he has a long head and beard, as well as large earlobes. He is holding a gem in his right hand, and is depicted as expressing his gratitude for the help of friends through the inclusion of a crane and turtle bringing him a valuable cane and scroll.

The green ink echoes the color of the turtle, depicted on the fountain pen, on which Fuku-roku-ju is riding.

This Namiki Seven Gods Yukari fountain pen was produced by Maki-e artisan Masahiro Yamada for Pilot’s 100th anniversary. It features the Togidashi-Taka Maki-e technique, as well as inlaid gold dust. It comes individually packaged in a wooden box with a 50ml bottle of matching limited edition green Iroshizuku ink and a leather pen wrap. This exquisitely lacquered brass fountain pen has a medium 18kt gold nib in size #10, is complemented by gold trim, and fills via cartridge/converter.  Only 25 limited pens have been produced of each god worldwide.