The famous Spanish writer Vicente Blasco Ibăñez wrote several popular works, including some that have since inspired films. He lived between the 19th and 20th century and Stipula has dedicated this line of pens to his contributions. Politics and literature, cinematography and fiction are the big unions of this complicated and charming personality.

His passion for the sea, where he chose to spend the last days of his life, is symbolized by the light blue tones of this pen, through its bluish transparencies in the body up to a more intense color in the final parts. An important three-sided clip which acts as a calling card represents the strong ideas which characterized this important figure of the Spanish culture, whose image is reproduced on the top of the pen. 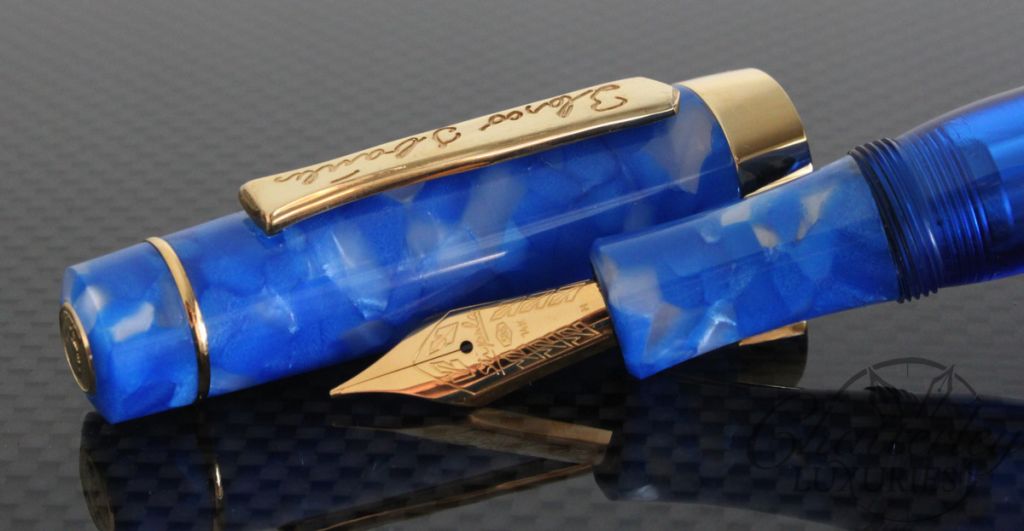 This pen is equipped with a 14kt gold nib. The nib grades available are Fine, Medium or 1.1 Stub. This pen fills via cartridge convertor and is available to use as an eyedropper!