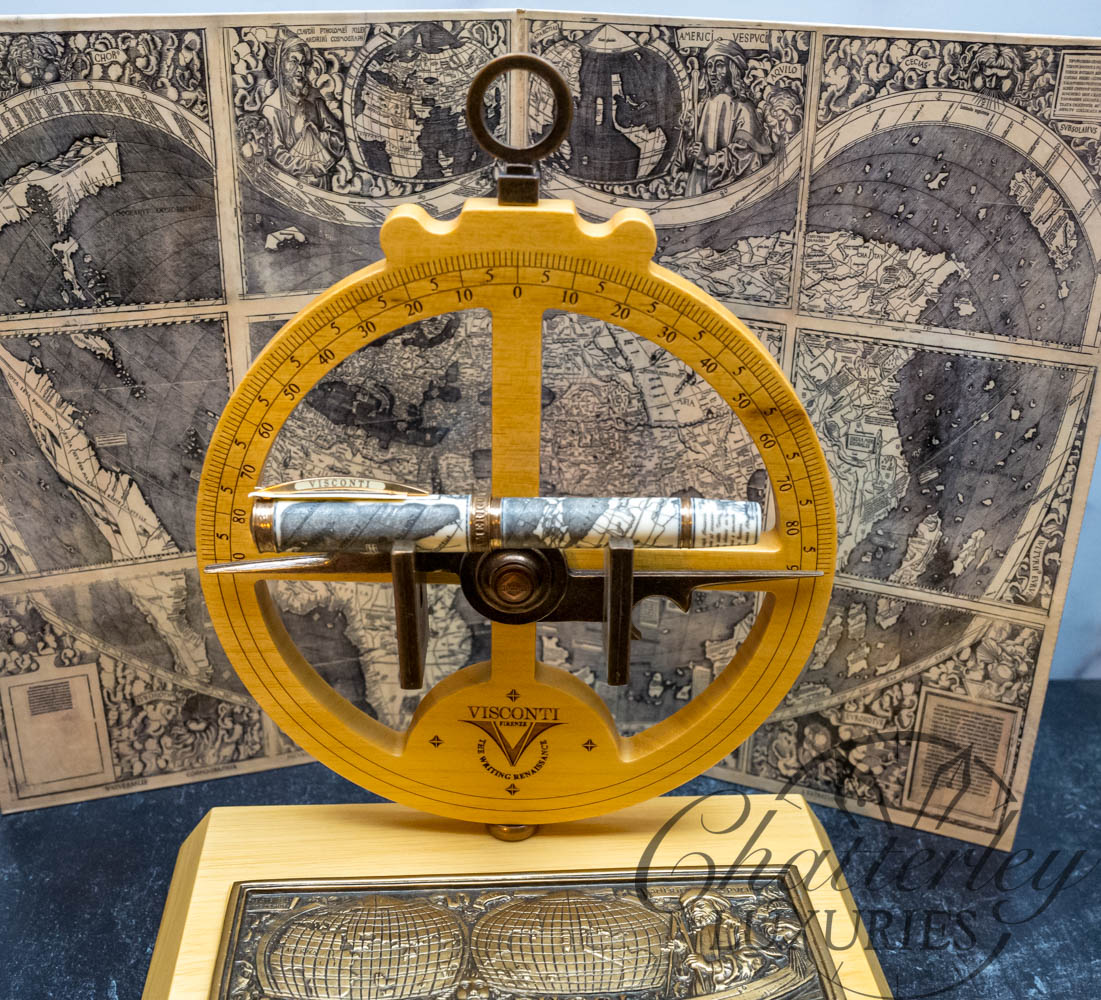 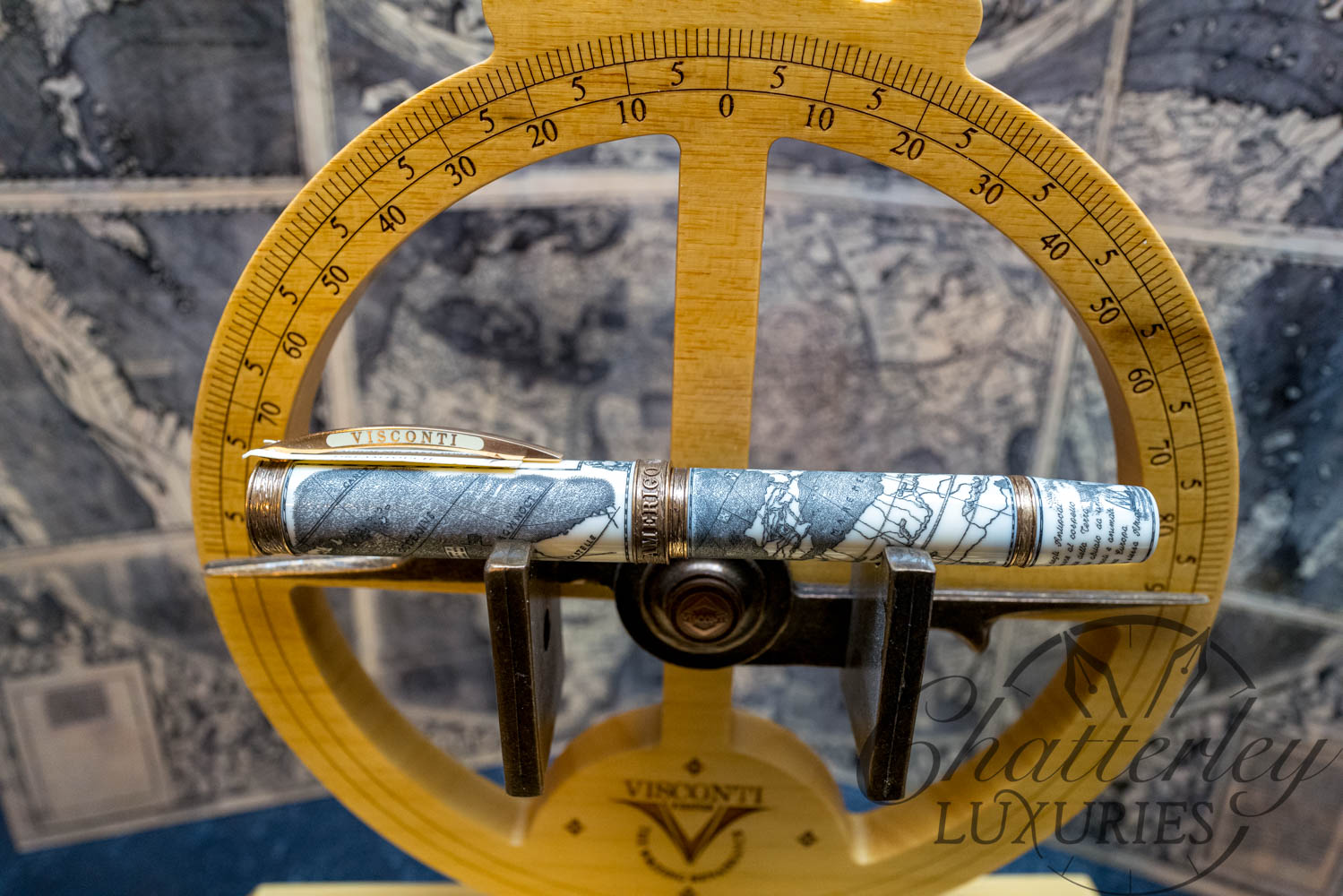 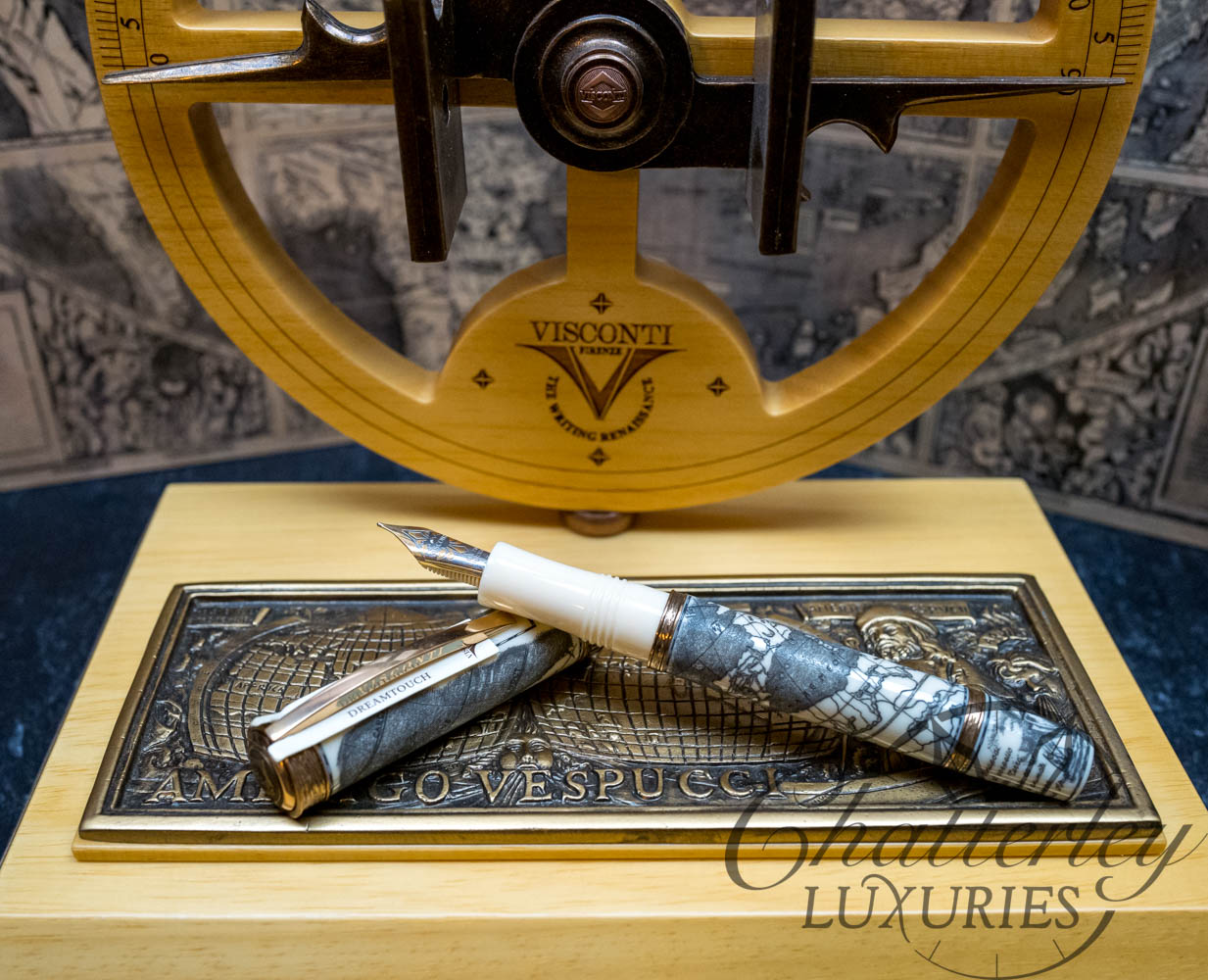 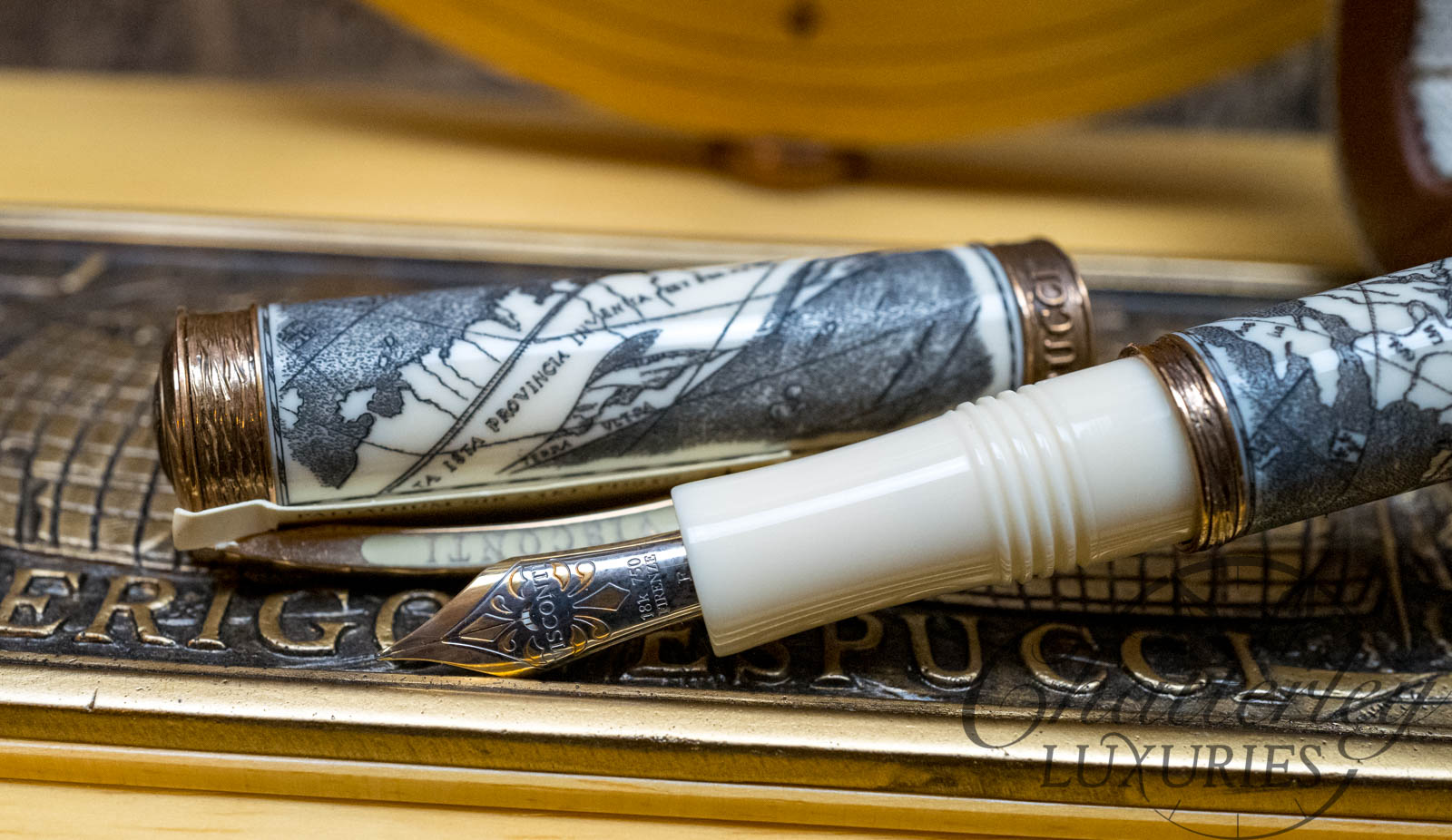 2012 marks the 500th anniversary of Amerigo Vespucci’s death, the Florentine navigator who first recognized that the fourth continent was not part of Asia (as Columbus thought) but rather part of a “New World”. In 1497, Amerigo addressed a letter to Lorenzo de’ Medici with details of his discoveries.  The letter caused such a stir that when Martin Waldeseemuller drew the first map of America 10 years later, he called the continent after the feminized Latin version of Amerigo’s name: Americus Vespucius.

Vespucci was a skilled navigator and traveled to the “New World” on four separate occasions, discovering Rio de Janeiro and giving Venezuela, or “Little Venice”, its name.  King Ferdinand II of Aragon appointed Amerigo “Piloto Mayor de Castilla” in 1508, placing him in charge of new expeditions and training sailors in the use of the quadrant and the astrolabe.  He stayed in this job until his death in 1512.

To create a pen commemorating this important 500th anniversary, Visconti took inspiration from symbolic events, primarily Vespucci’s travels and Waldeseemuller’s famous map of 1507. It would have been impossible to reproduce the entire map on a pen, so we chose sections depicting Europe and America. To reproduce it correctly, we further perfected our scrimshaw technique, introducing points and chiaroscuro into the graphic work. The result is astonishing − indeed almost as astonishing as Vespucci’s own travels! Certain details, such as the caravelle, are almost painterly in the quality of their engraving. If we stop to consider that a scrimshaw is not on the surface but actually inside the surface, we will realize what an incredible accomplishment this has been on our artists’ part.  Such a special item could not fail to have a special presentation box, so we reproduced the instrument which, in conjunction with the quadrant, allowed Vespucci to complete his voyage: the astrolabe.

Artwork: Scrimshaw on cap and barrel