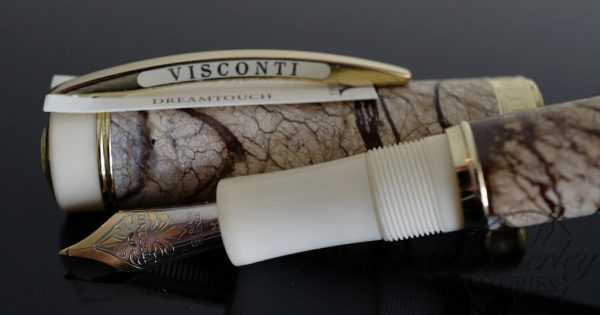 This pen is the Fountain Pen ONLY. The pictures of the pen below are the ACTUAL pen you will get. This particular pen was one Bryant (owner) kept back when they first came out to keep for himself. But has decided to only keep 1 of the these for the personal collection. It is, in our humble opinion one of two of the nicest Brown Marble pens that we have seen out of the 100+ we have come across. And because no 2 are alike, this particular one has an amazing look that won’t be replicated. 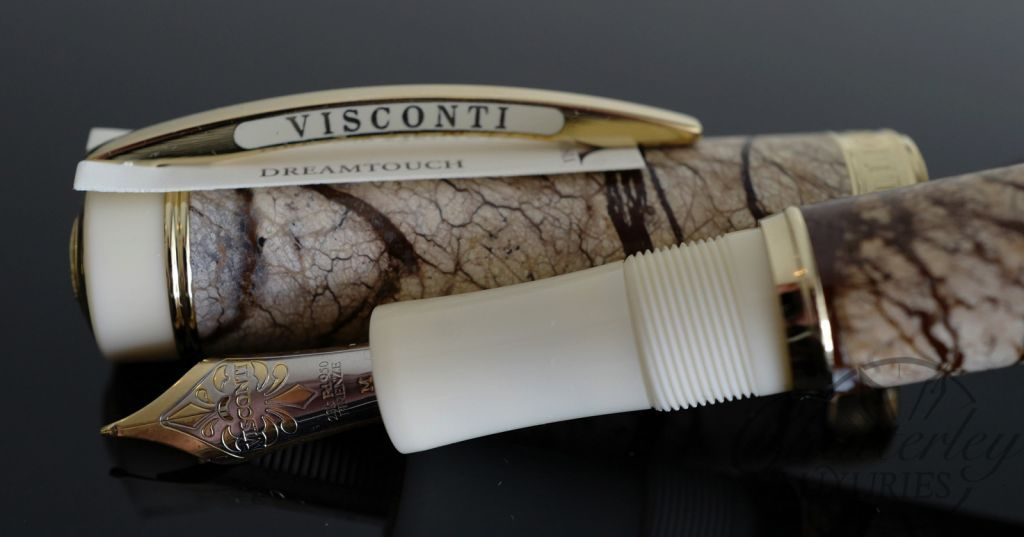 MSRP on this Fountain Pen