The Visconti Twelve Tribes of Israel Limited Edition fountain pen redraws the history of the 12 tribes of Israel and at the same time the twelve Sons of Jacob. Each is represented by a pictogram and a colour enameled matching the one on the Pectoral. It is limited to 512 fountain pens in solid silver – 12 representing the number of the tribes and 5 the books of Tanach: Bereshit(בְּרֵאשִׁית, literally “In the beginning”), Shemot (שִׁמוֹת, literally “Names”), Vayikra (ויקרא, literally “And He called”), Bəmidbar (במדבר, literally “In the desert “) and Devarim (דברים, literally “Things” or “Words”).

The ancient silver plated body features a low-engravin of olive tree branch representing peace and prosperity. The body’s rotating system unveils one after another the tribes of Israel – Reouvene, Shimone, Levy, Yehouda, Yissakhar, Zevouloune, Dan, Naphthali, Gad, Asher, Yossef and Binyamine. Each one is associated with one colour on the Pectoral made of a precious stone.

The clip modeled after the hand of the Torah, a sign of protection. The five fingers represent the five books of the Torah. Other symbols such as the Menorah and the Star of David are also engraved.

The precious resin cap is blue and white, colour of the Israel’s flag.

Limited to 512 pieces, the fountain pen is fitted with 23k Palladium Dreamtouch nib and a power filling system.

Presented in a round wooden case shaped after the one containing the Sefer Torah. 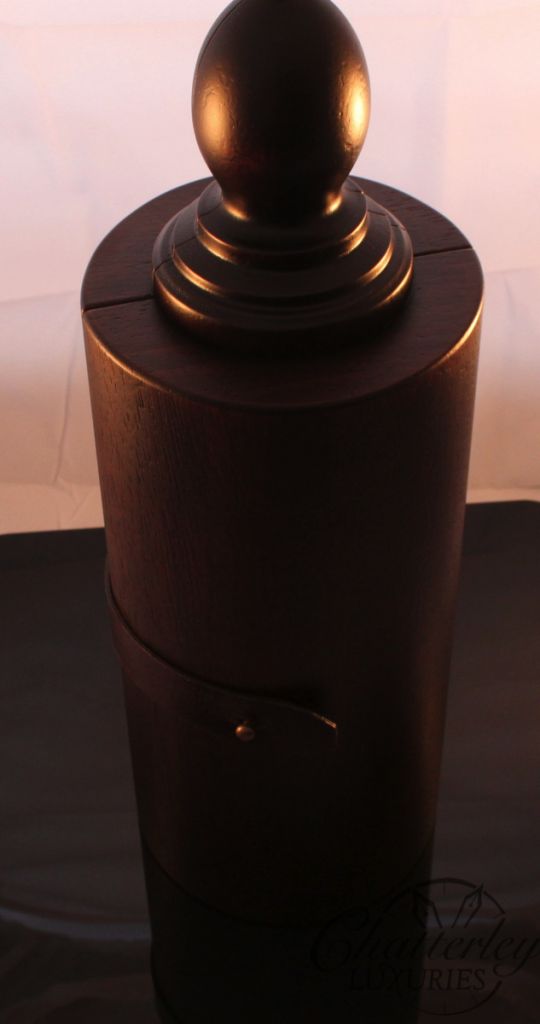 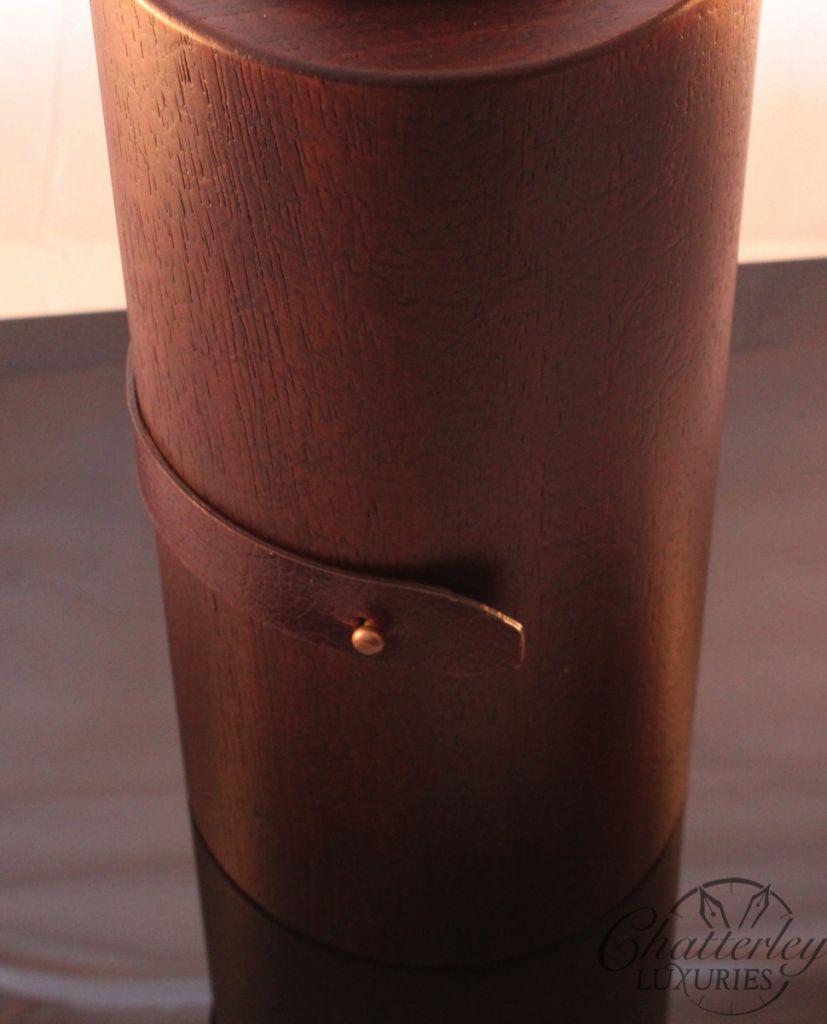 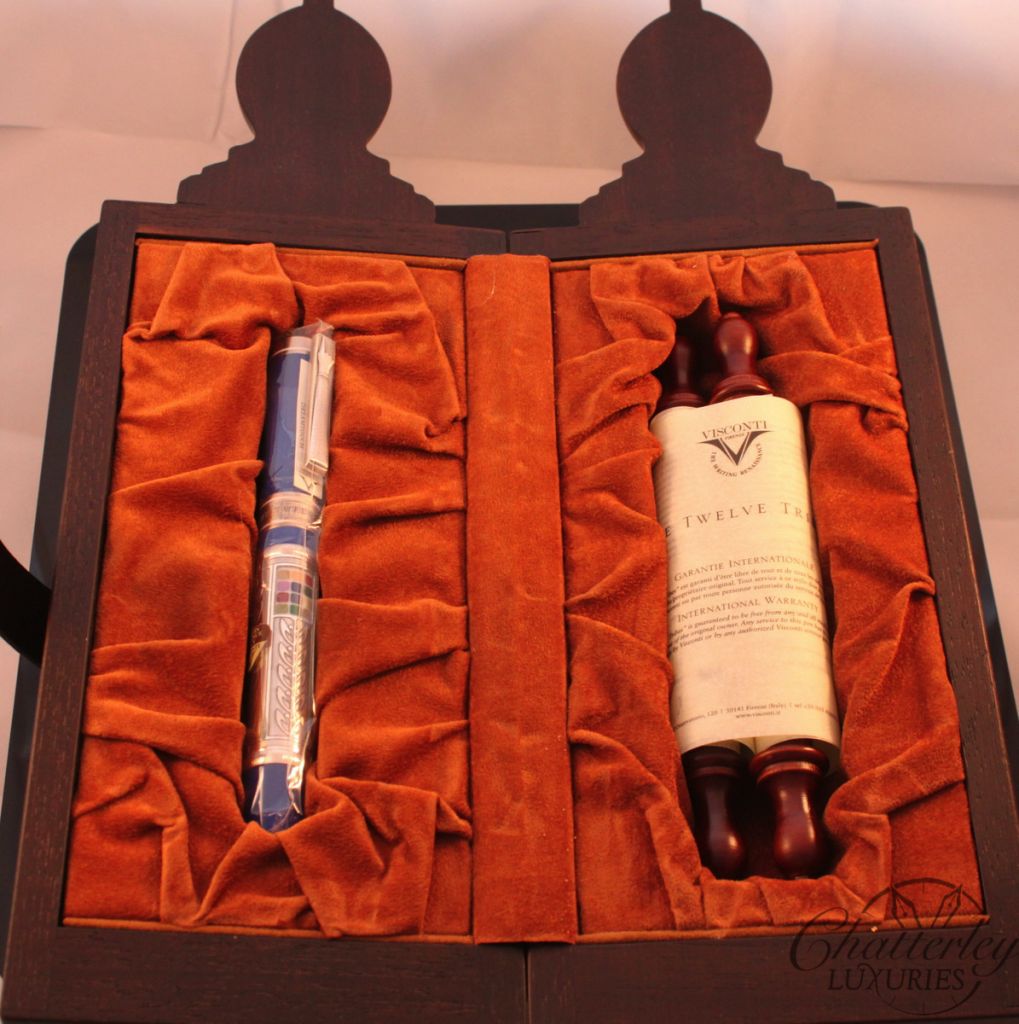