To celebrate the sesquicentennial (150th) anniversary of the Unity of Italy, Visconti has designed this special edition writing instrument. The Unita D’Italia borrows the 36-faceted shape of Visconti’s Michelangelo along with the magnetic closure and presents a large engraved ring along the bottom of the cap. This band was then enameled with the colors of the Italian flag: red, white and green. The pen also features the dates 1861-2011, recalling March 17, 1861, when Vitorio Emanuele II was appointed King of Italy. Palladium trim complements the rich black color of the natural resin. This fountain pen uses a convertor and is equipped with a 23kt palladium nib available in F, M, or B. The pen comes in its own special presentation box. 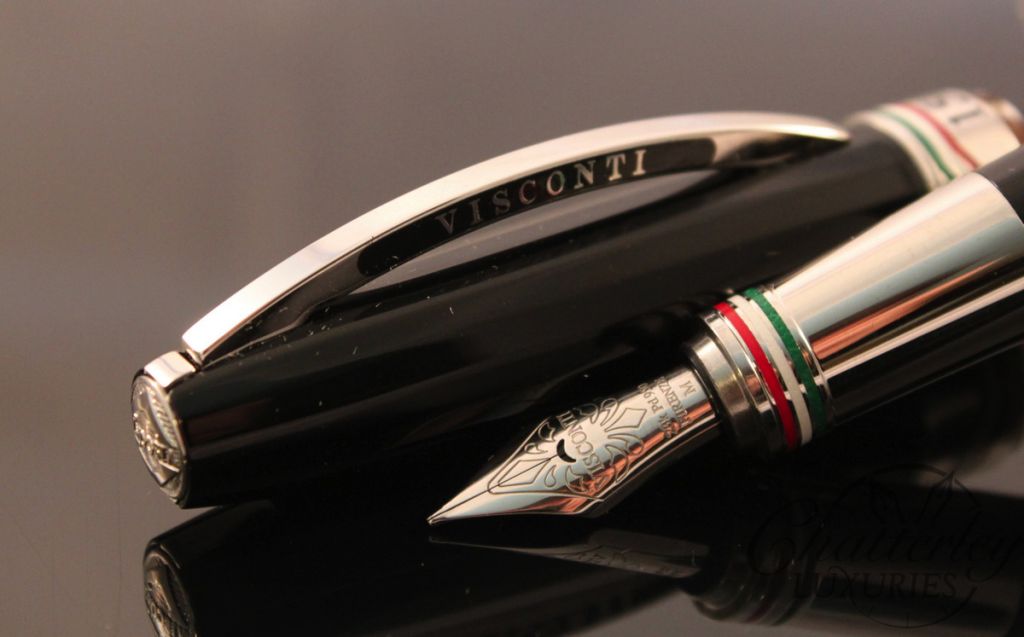