This pen has been lovingly used and is in excellent condition. It is fitted with an Italic Broad nib, and comes without papers.

Conway Stewart’s Raleigh celebrates the life of one of England’s premier historical figures, Sir Walter Raleigh. A soldier, explorer, poet, historian, and courtier of the late Elizabethan era, Sir Walter Raleigh had a profound influence during an important period of English history. Raleigh is best known for his exploration of the New World and was also considered one of the foremost poets of the Elizabethan era.

He was born in Devon, the current home of Conway Stewart and thus it seemed fitting to name a pen designed in the spirit of adventure after the great man. The Raleigh is a unique design, departing from the traditional in several ways, while still retaining the classic styling cues that denote Conway Stewart’s dedication to the company’s rich heritage. A perfectly proportioned barrel accented with solid gold trim rings is topped with a cap that features a slight inward curve towards the top. In the place of a cap band there is a quartet of solid gold cap rings. Both the cap top and barrel end feature a classic stepped design, giving the Raleigh an elegant touch of distinction. 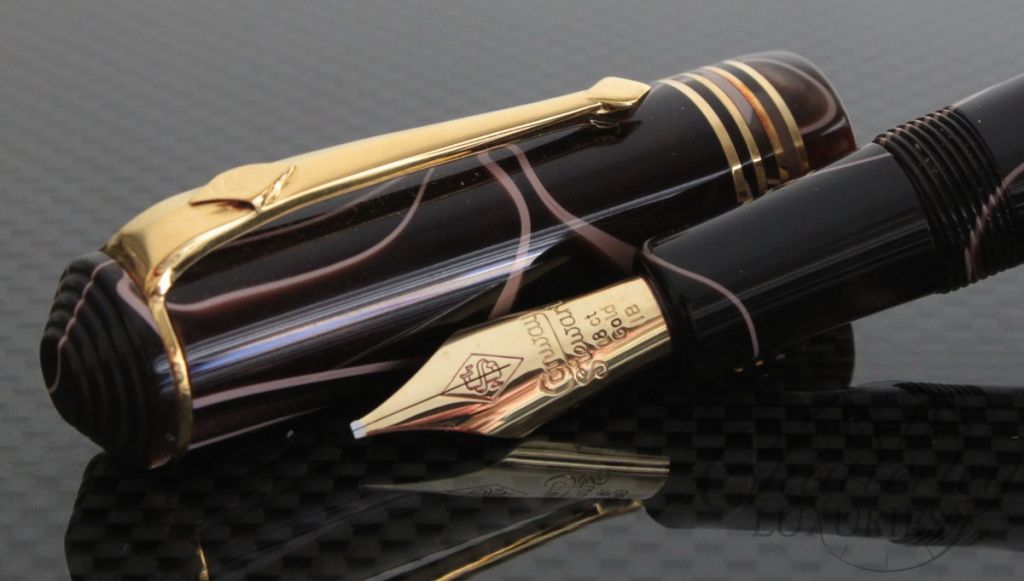 The Conway Stewart ‘Raleigh’ is a modern design built in the finest Conway Stewart tradition. Hand crafted from resin and accented with 18kt gold nib, the ‘Raleigh’ features a step ring configuration on the cap and barrel stoppers, never before seen on a Conway Stewart. For those with a sense of adventure, the Raleigh is the perfect choice.