Up for sale is the #1/100 pen in this edition. This pen is equipped with a Broad nib, and other nibs may be available. If you prefer a different nib please email before ordering to info@chatterleyluxuries.com to see if we have the nib you would like.

Conway Stewart owners include the British Royal Family, Prime Ministers, and US Presidents past and present. As we are also an official gift of the British Government, it seems fitting that we should pay homage to one of the most important buildings in the history of England, the Palaces of Westminster.

Westminster Palace is one of England’s most significant buildings. Not only is it a tourist attraction due to its wonderful architecture, it is also a grand landmark of much of England’s history.

The Palace has given residency to our noble Kings and Queens and became one of the chief centres of London life. It housed the courts of law and was the place of many notable state trials: William Wallace (1305), Thomas More (1535), the Gunpowder Plot conspirators (1606), Charles I (1649) and Warren Hastings (1788-95).

The site is also the traditional venue for Coronation banquets and other historical events including the presentation of Addresses to the Queen on the Silver Jubilee and Golden Jubilee, the marking of 50 years since the end of World War II and many other important events.

Westminster mediaeval Palace was entirely destroyed by a fire on 16 October 1834. It took more than 30 years to complete the construction of the new Palace of Westminster. The building itself was designed by Charles Barry, while Augustus Welby Pugin was responsible for every aspect of the interiors, as well as for creating working drawings of all the exterior details. It is in the Gothic style which makes it look older than it actually is.

Augustus Welby Pugin was the foremost British architect of the 19th century. He was heavily influenced by his father, who shared his profound love of medieval Gothic architecture. Pugin is today considered to be the chief figure in the revival of Gothic design. Although he was heavily criticized by many in the Victorian era, he maintained that the structure of the building itself should be the base from which the decoration was evolved in a clear and honest way.

Conway Stewart draws the design inspiration for the detailed engraving on the cap and barrel from the work of Pugin featured on the exterior walls of the Palace of Westminster itself.

The small diamond shaped recesses covering the cap and barrel are based on similar decorative detail on the outside of the Palace. The tiny oak leaves in the recesses are a symbol of England, whose mighty oak forests built the navy and made England a maritime nation, spreading the ideas of democracy from the Mother of Parliaments around the World.

The unenameled oxidized borders were partly drawn from other elements of the structure of the building and recreated in a flowing frieze that unites the design as a whole. The use of a deep rich Teal colour in the enamel with striking contrasts is true to the gothic style. It gives emphasis and depth to the low relief. This is known as Basse Taille enameling. Both the cap and barrel of the Westminster edition are meticulously crafted out of solid sterling silver, bearing the English hallmark. 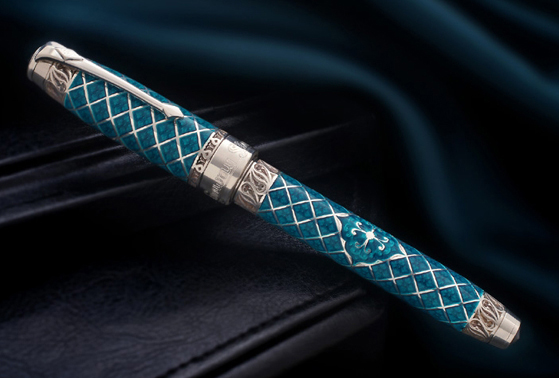 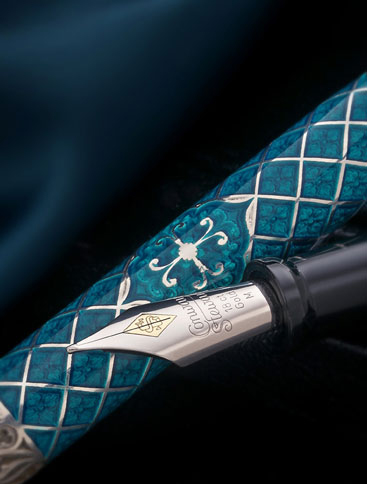 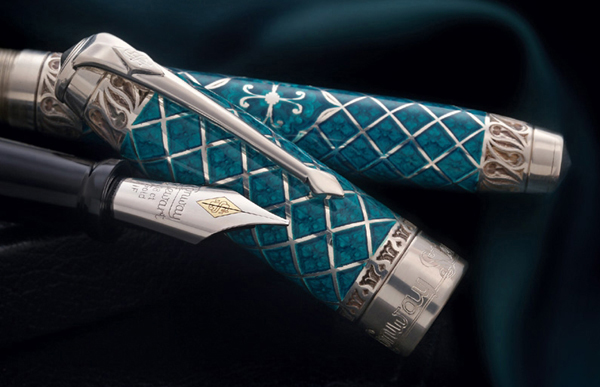 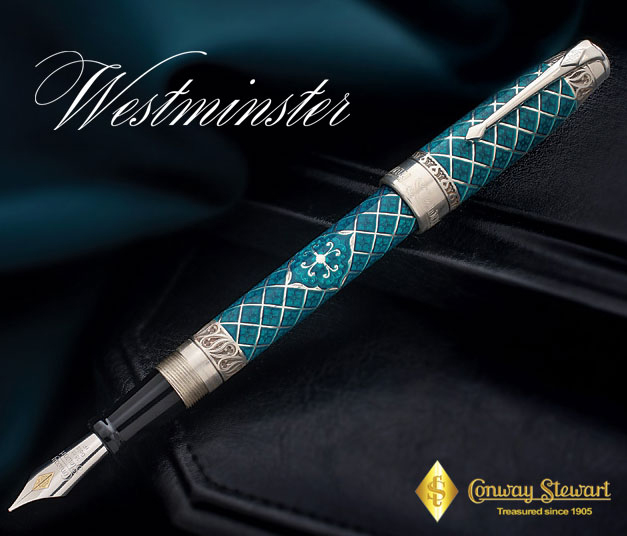 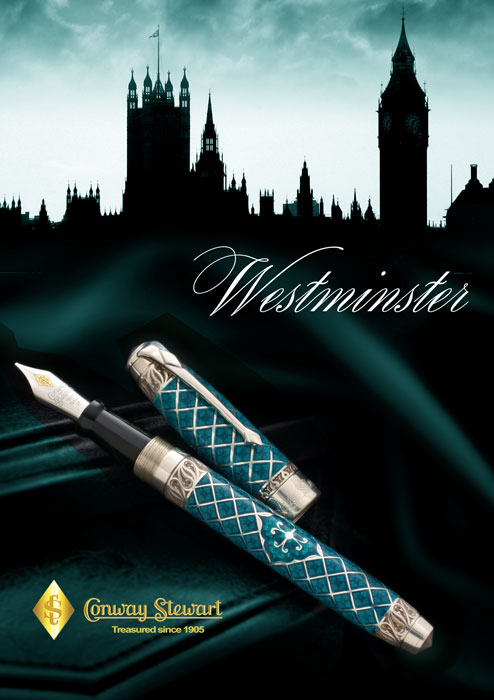