The Pen of the Year 2022 is inspired by the Aztecs, their culture, aesthetics and religious rituals.

The rare gemstone turquoise was considered one of the most valuable treasures of the Aztecs. The blue-green stone was used as a decoration on knives, shields and masks. In the end piece of the barrel, as well as in the top of the cap, the turquoise is embedded in form of small discs. An engraving in the turquoise shows the eagle and the god of the dead adorned with feathers, reflecting the power and aesthetics associated with him. The charcoal-grey barrel of the Pen of the Year 2022, which has a diamond-like carbon coating, is adorned with countless small skulls, which are inspired by the walls found in Temple Mayor, which were built from skulls lined up in rows. 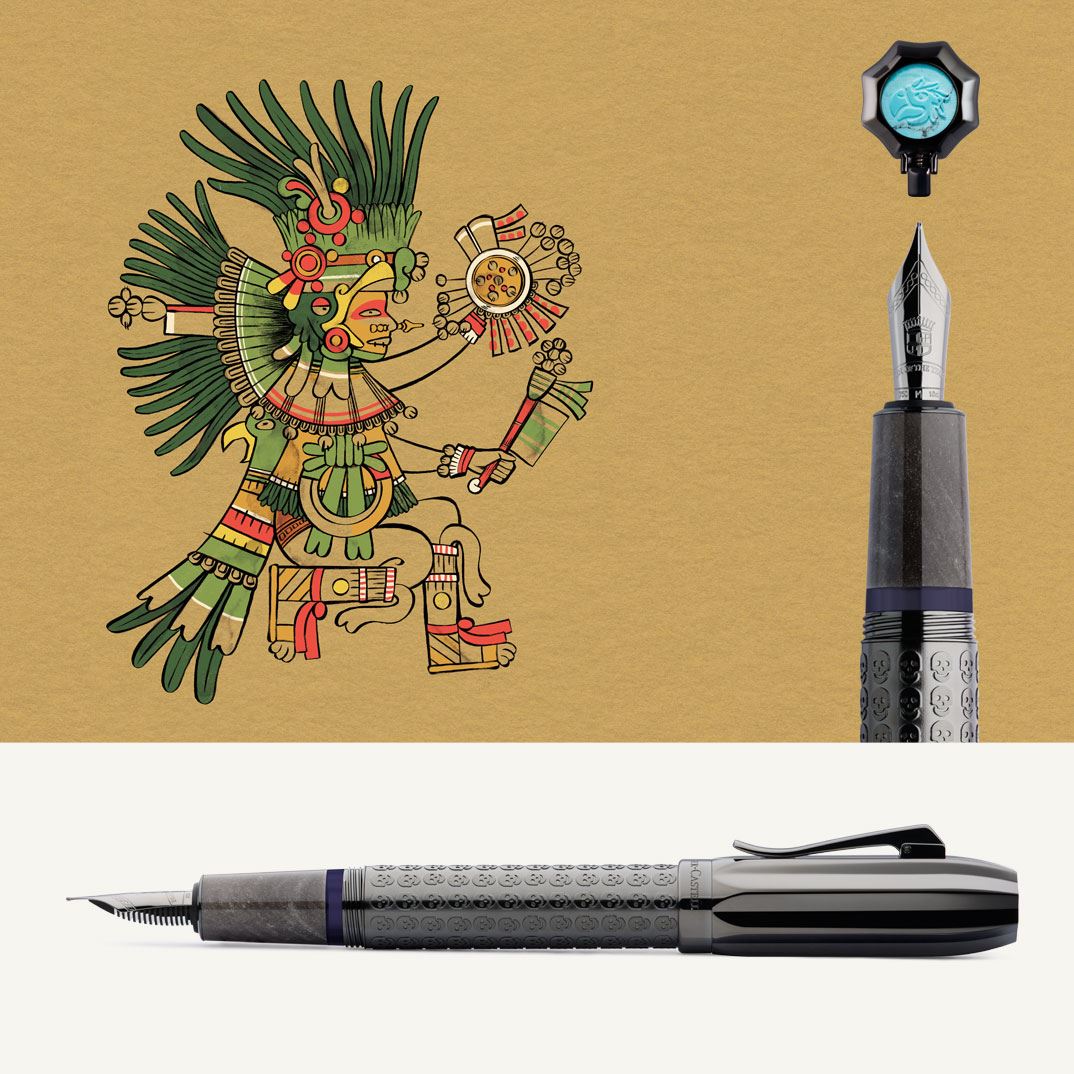