This pen is brand new, with box and papers, and still has a full warranty.  It comes with a medium nib. 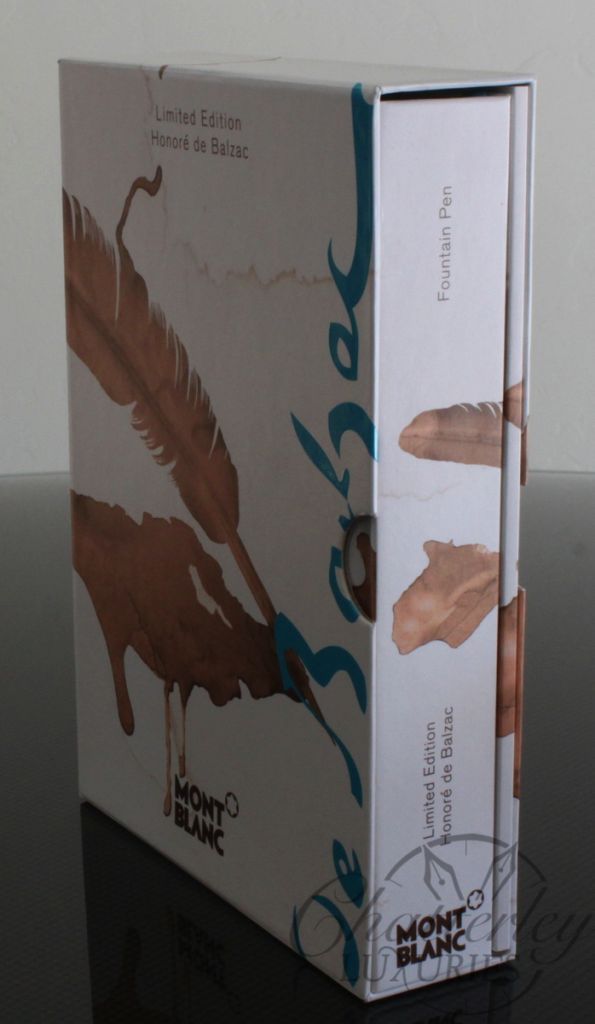 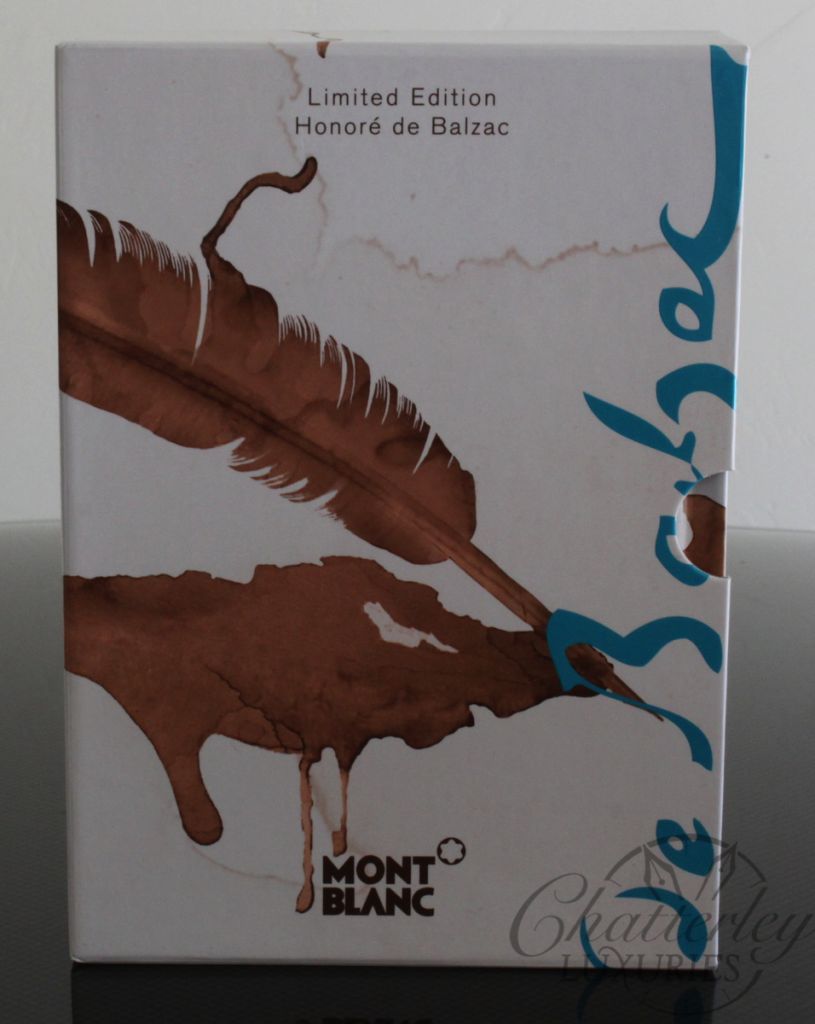 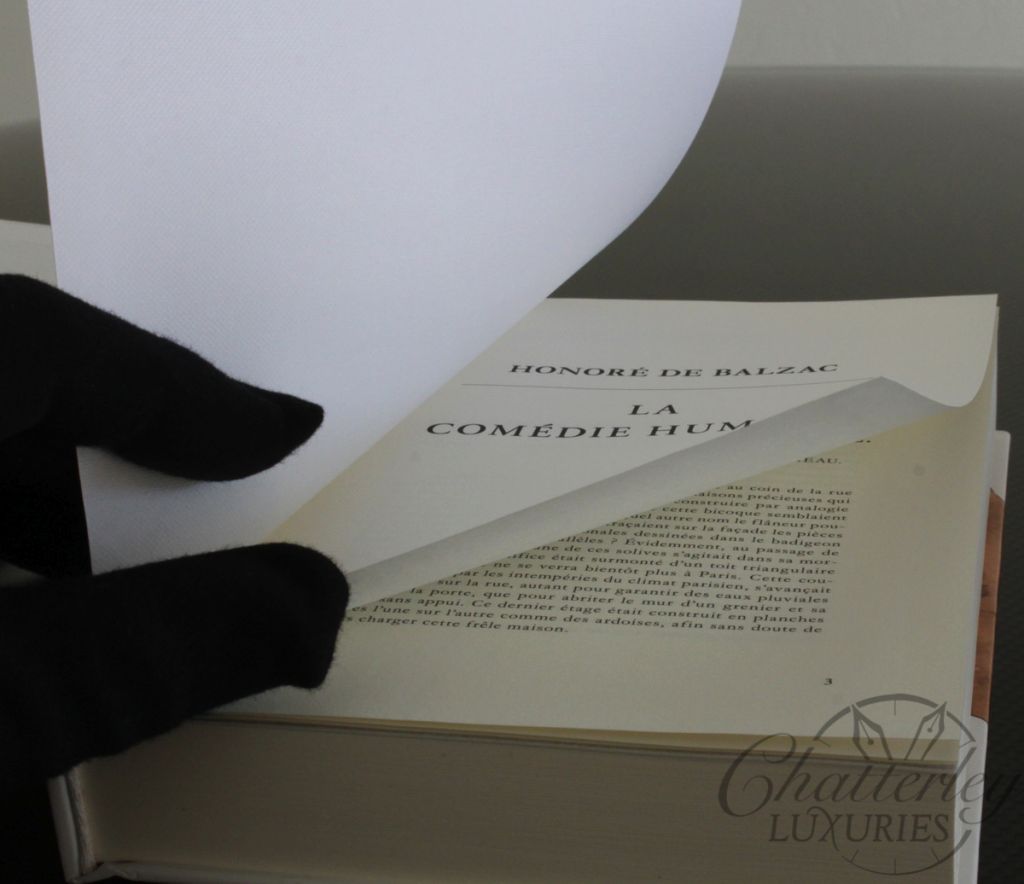 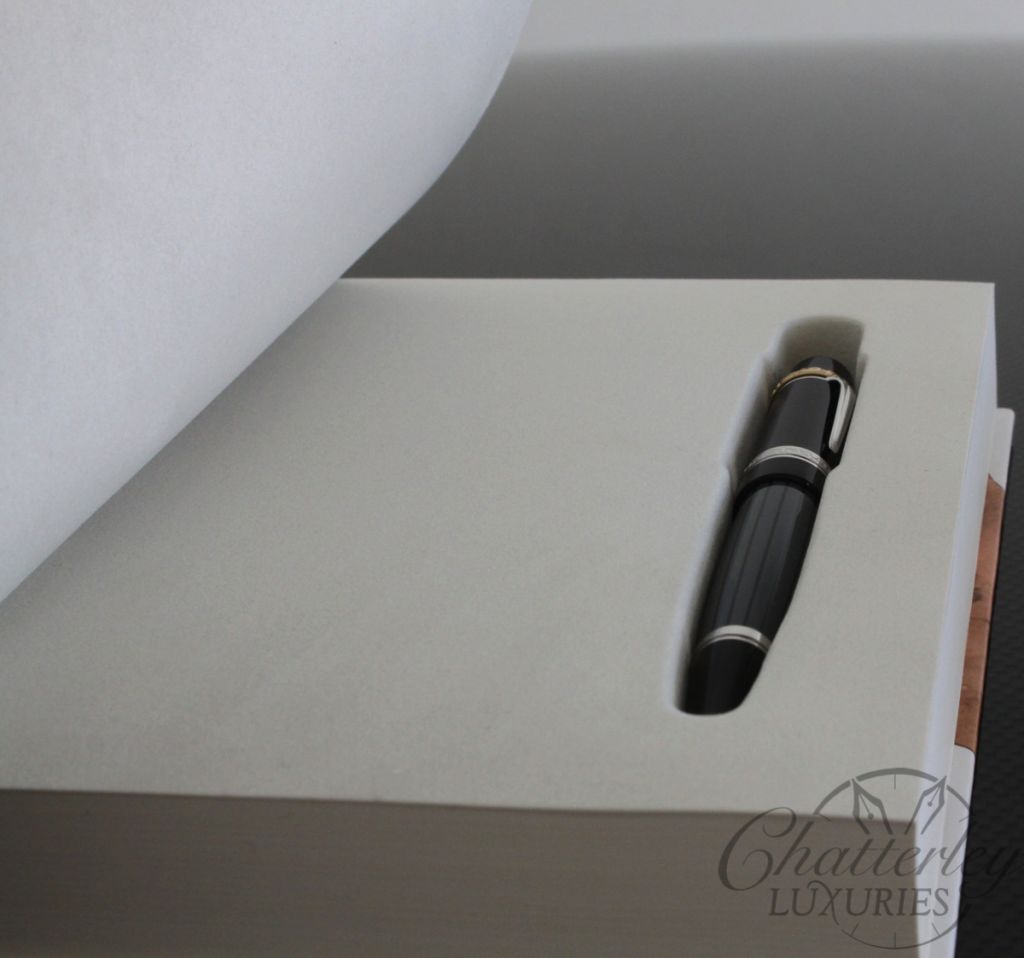 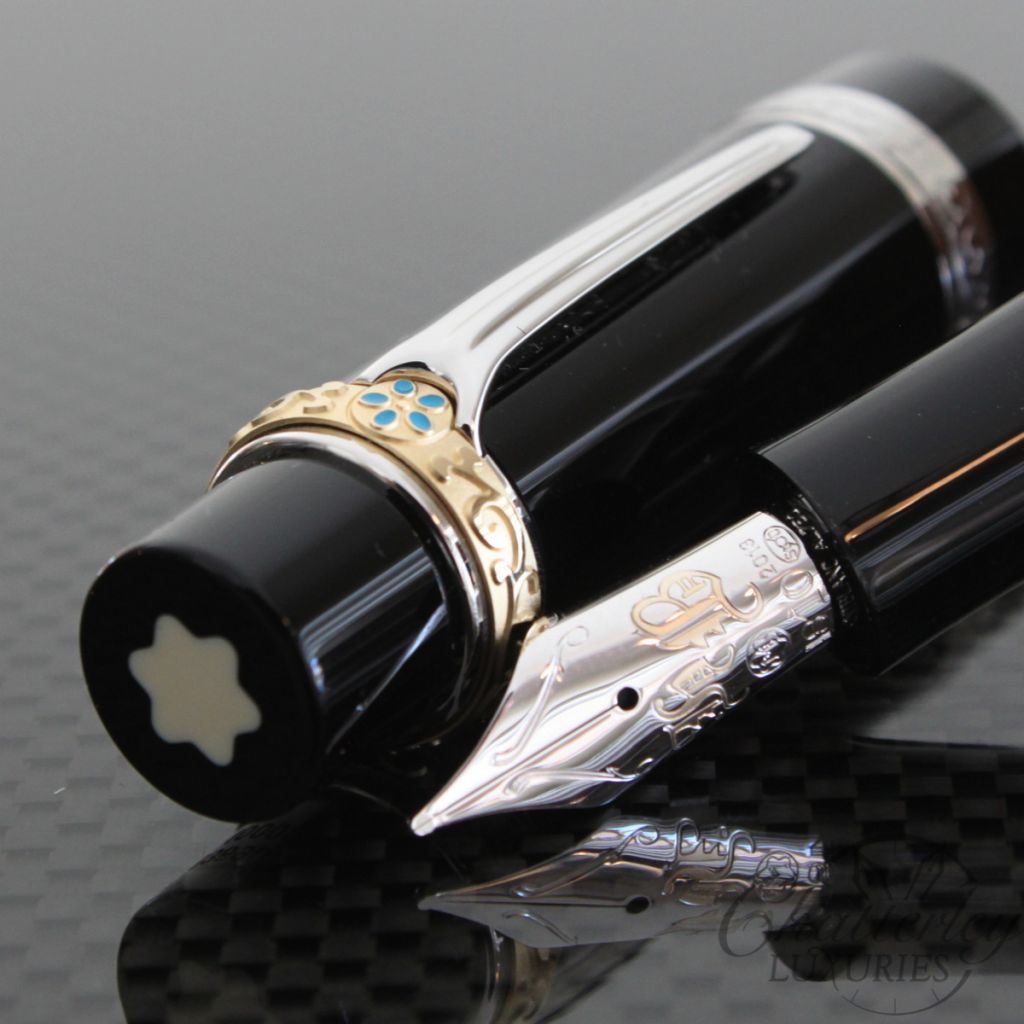 The Writers Edition 2013 pays tribute to the French novelist and playwright who contributed an opus of nearly 100 novels and plays to world literature of the 10th century – Honoré de Balzac.  Inspired by the Dandyism of the 19th century and the elegance of Balzac himself, the precious black resin and gray lacquer of the barrel, with it’s guillochéd refinement, makes reference to the typical cutaway favored by refined Parisian gentlemen of the time.  While the oversized shape of the pen mirrors Balzac’s bold stature, the clip, embellished with turquoise lacquering on its top, symbolizes the author’s walking stick.  The platinum and gold-plated rings refer to the different classes that emerged in French society in the early 19th century – often a central theme in the works of Balzac.  Furthermore Balzac’s very own initials are finely lasered on the rhodium-plated Au 750 gold nib.