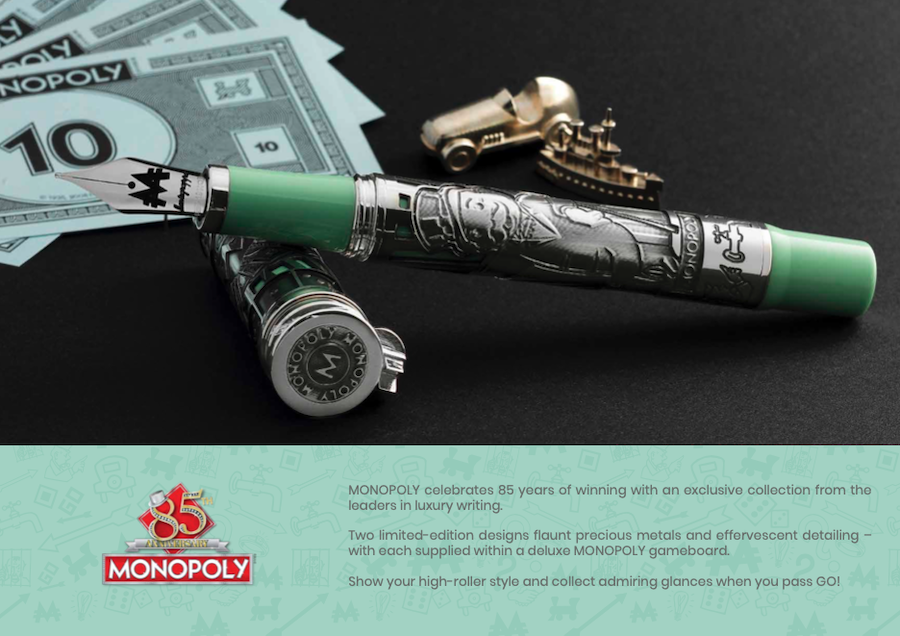 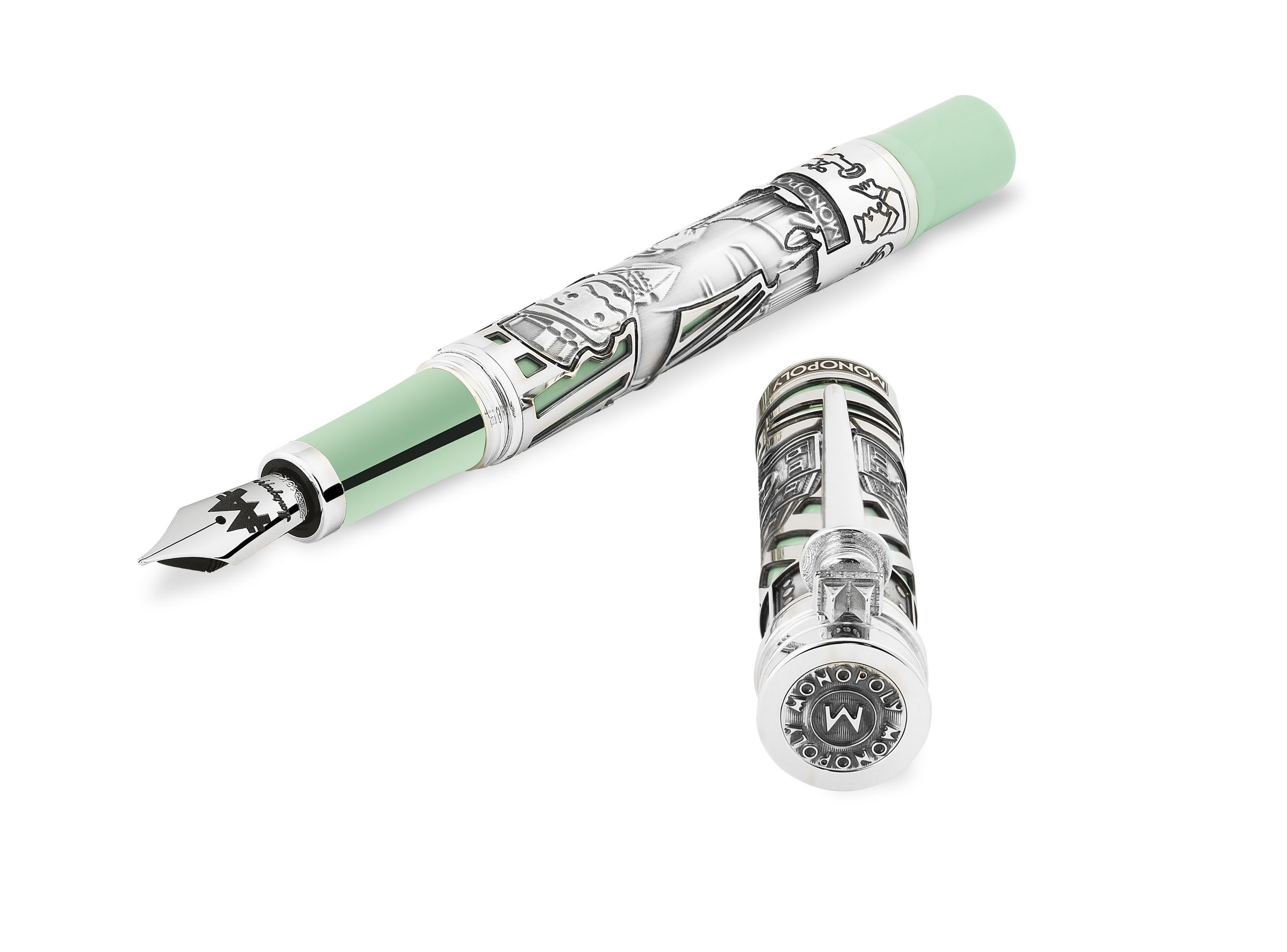 Announcing a special, two-volume limited edition for the 85th anniversary of the world’s favourite board game. The flashy MONOPOLY L.E. collection is made and ready to ship from the beginning of December, 2020.

While there is much to admire and share about both pen designs, the edition’s most noticeable feature is its innovative custom packaging. Each piece arrives within a fully functional, deluxe MONOPOLY gameboard (500x500mm) supplied with eight sterling-silver player tokens. Pens are housed discreetly beneath the board.

MONOPOLY was created by Parker Brothers and launched in the U.S. market on 5 November 1935. 85 years later, its presence within the global consumer goods and pop culture landscape is extraordinary. A seemingly infinite number of game editions and brand extensions exist – reflecting the game’s universal brand awareness and cross-generational appeal.

In recent years, MONOPOLY’s timeless visual identity and high-roller style have made it a popular choice for star fashion and luxury brands, whose campaigns have been enthusiastically embraced by lifestyle media. Coach received considerable attention for a $1,500 leather-bound playset released in 2015. The story of ‘MONOPOLY with bling’ is one that many media outlets are willing to tell.

Few Montegrappa limited editions have been more charming or engaging. Both designs succeed by remaining faithful to the essence of the game, with obvious luxury upgrades. Far more than being a prestige accessory for game aficionados, MONOPOLY L.E. is a trophy for any self-proclaimed tycoon.

Created under license to Hasbro, The MONOPOLY L.E. collection comprises two volumes: MONOPOLY: 85TH ANNIVERSARY and MONOPOLY: MR. MONOPOLY. Both share the same essential specifications: perforated, precious-metal sheaths around a resin core, with gemstone detailing and a custom clip. Each volume has a unique body deco and uses different resin colours in the sterling-silver variant (red for 85TH ANNIVERSARY; vintage mint for MR. MONOPOLY). Sterling-silver editions (85 pieces of each volume, in FP and RB options) feature zirconia, while 18K gold editions (8 FP, 5 RB for each volume) are encrusted with diamonds. The 85TH ANNIVERSARY volume contains additional gemstone detailing on its barrel.

Fountain pens are piston-fill, and fitted with 6mm 18K gold nibs – customised for each volume: 85TH ANNIVERSARY fountain pens are etched with the MONOPOLY dollar symbol, while the MR. MONOPOLY edition features its mascot’s top hat and mustache. 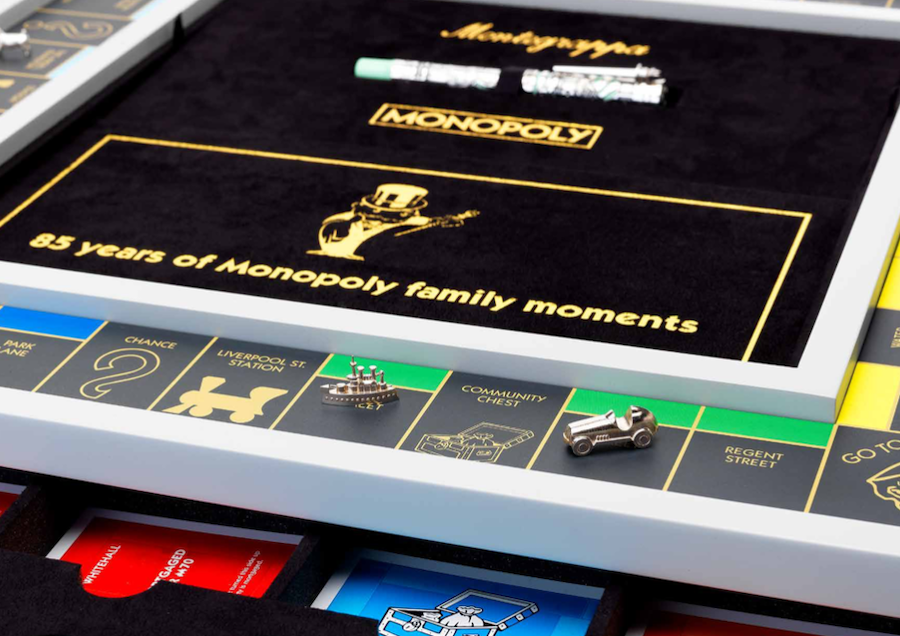 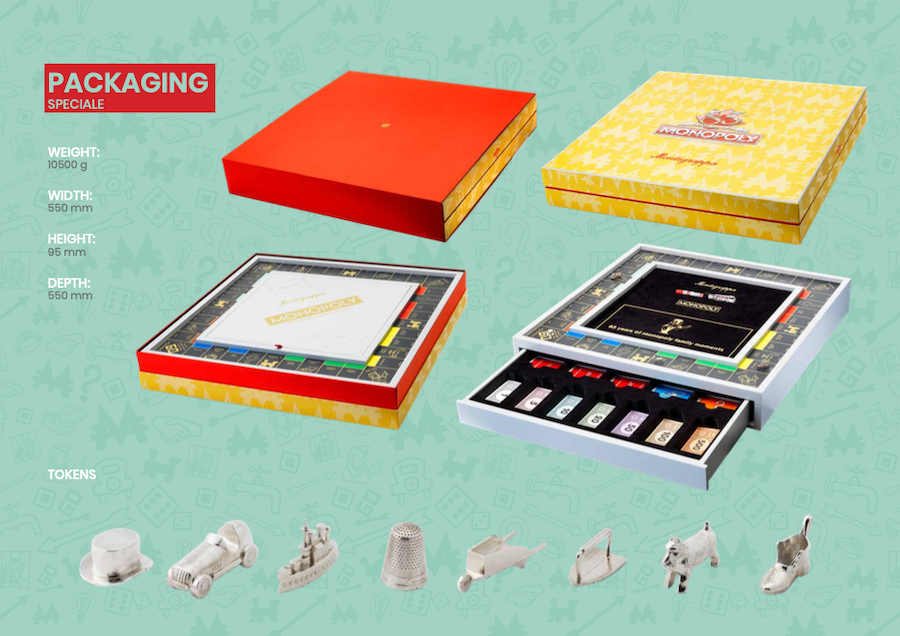 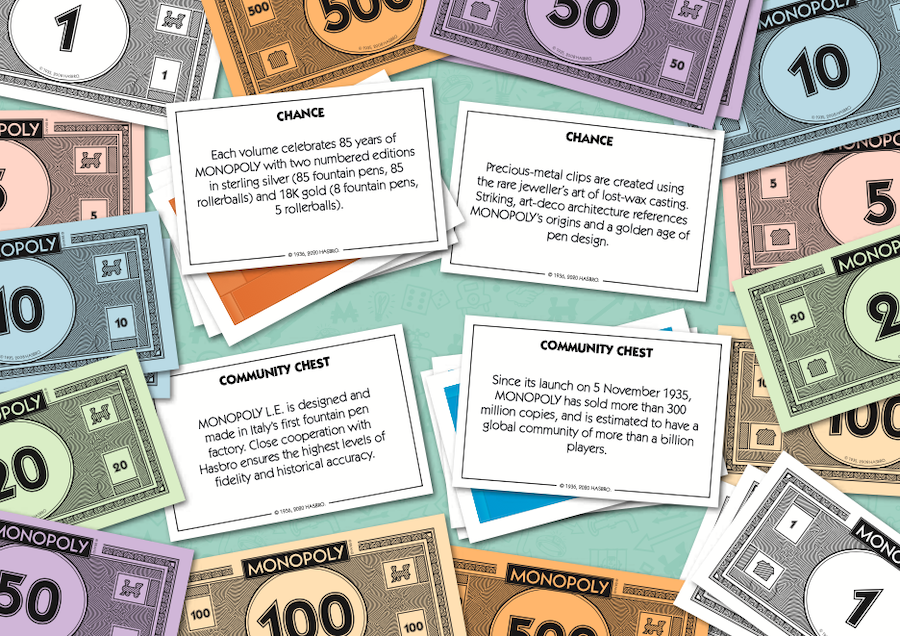